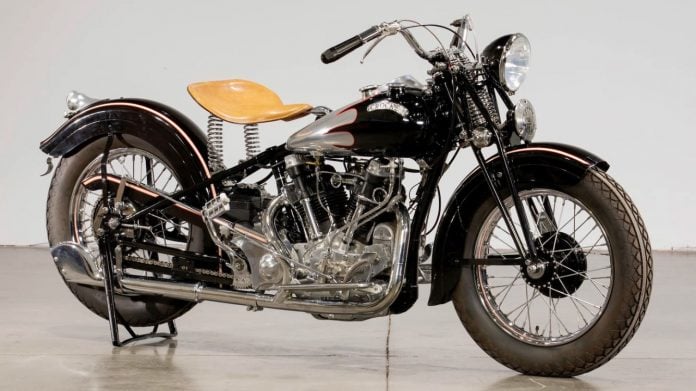 Casting aside a pre-auction estimated top selling price of $500,000, a 1939 Crocker Big Tank went for $704,000 today at Mecum Auctions’ 28th Annual Vintage & Antique Motorcycle Auction Las Vegas. Included in the sales price were keys, its 1959 Idaho title, an issue of the French Moto Revue Classic magazine that featured the motorcycle, plus various associated photographs and documentation.Part of the legendary MC Collection of Stockholm, the Crocker Big Tank had its restoration supervised by Crocker expert Chuck Vernon and performed by Michael Weigert in Germany. Produced in highly limited numbers, they rarely are available for sale. 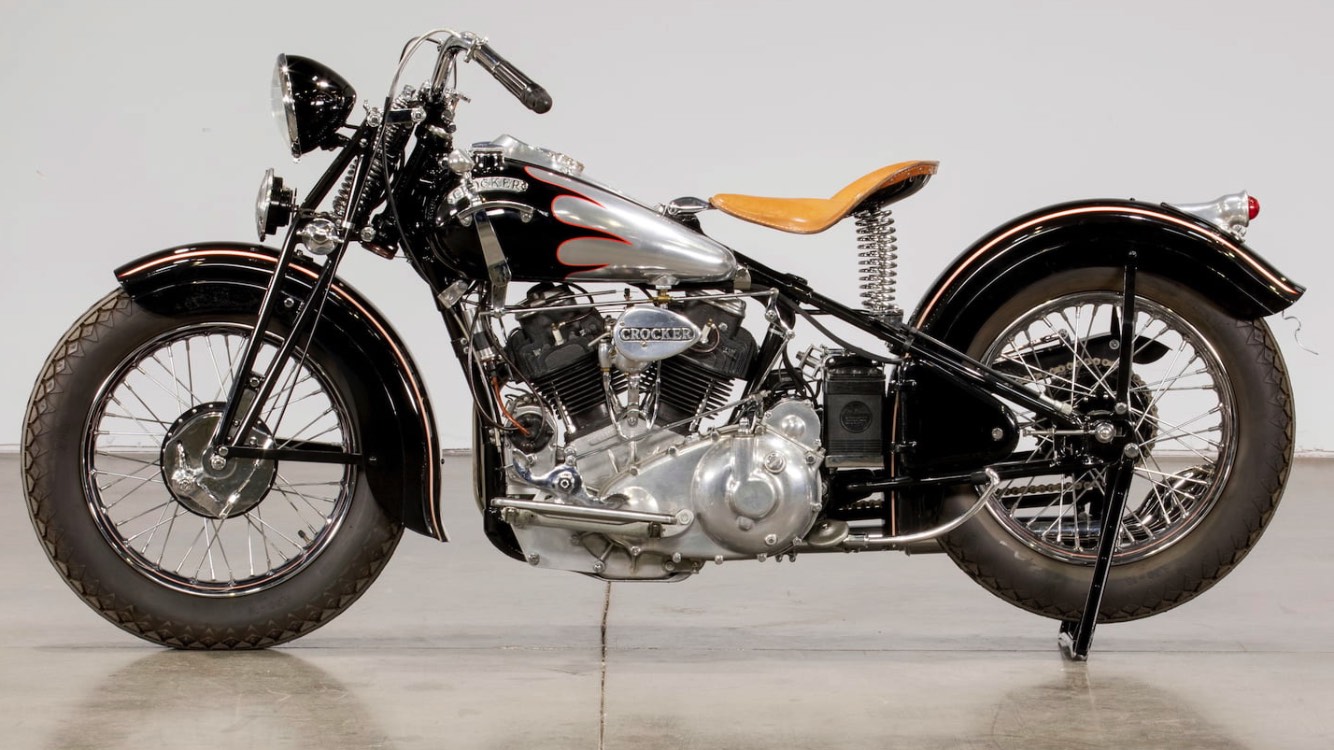 The Crocker brand is legendary as a bespoke motorcycle. The company, founded by Al Crocker, an Indian dealer in Denver. By 1932, Crocker had moved to Los Angeles and started out selling OHV hop-up kits for dirt-track Indians in 1932. A year later, Crocker was building a 500cc speedway motorcycle, which had significant success in California’s Bay Area. Just 31 of the Crocker speedway singles were sold.By 1935, Crocker had an OHV V-twin motor with a hemi head, slightly undersquare architecture, and a three-speed transmission as part of the frame. A year later, Crocker began selling its V-twin motorcycles.Rather than offering a showroom floor Crocker, the purchaser selected a displacement (ranging from 62ci to 100ci) and a level of tune. According to Crocker, its 62ci motor put out as much as 60 horsepower, far more than the competition. It was capable of speeds over 110 mph when the Knucklehead Harley-Davidsons were still short of triple digits. 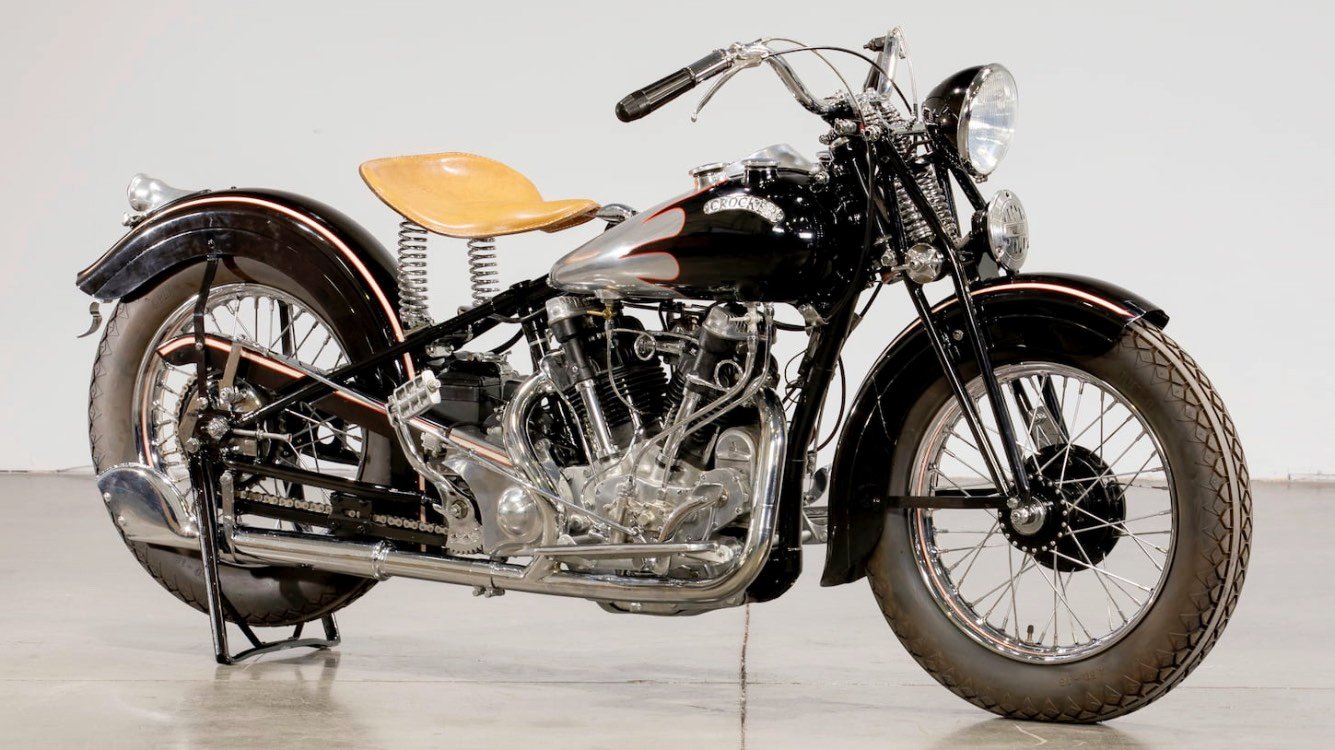 The motors were in a constant state of development, with various head and valve designs. According to Crocker historians, approximately 72 of the V-twins were built between 1936 and the end of production in 1942. Early versions of the motorcycle had a 2.5-gallon cast aluminum fuel tank, with the Big Tank versions appearing in 1938. The Crocker sold at auction had the Big Tank and a 62ci powerplant.Photography by Glen Anderson, Flat Hat International