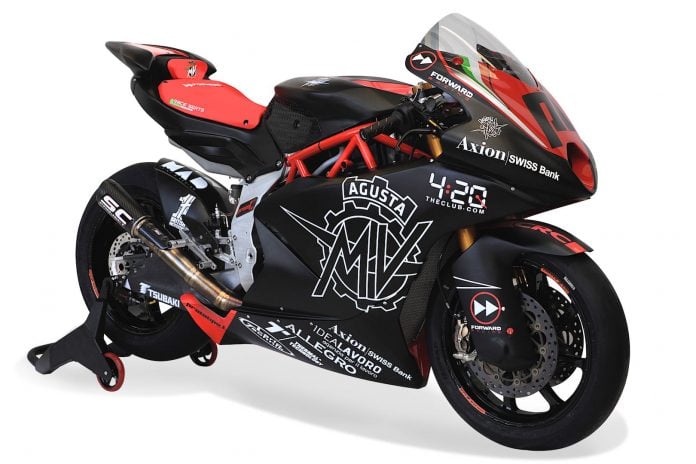 MV Agusta is the most successful European manufacturer in Grand Prix motorcycle racing history, the Italian brand claiming 75 world titles (38 rider and 37 manufacturer) from 1952 to 1974.Due to economic woes within the company, which began with the death of Count Domenico Agusta in 1971, MV Agusta dropped out of GP at the conclusion of the 1976 season.Fast-forward 42 years later, and MV Agusta has announced it will officially return to the world stage of motorcycle racing in 2019. 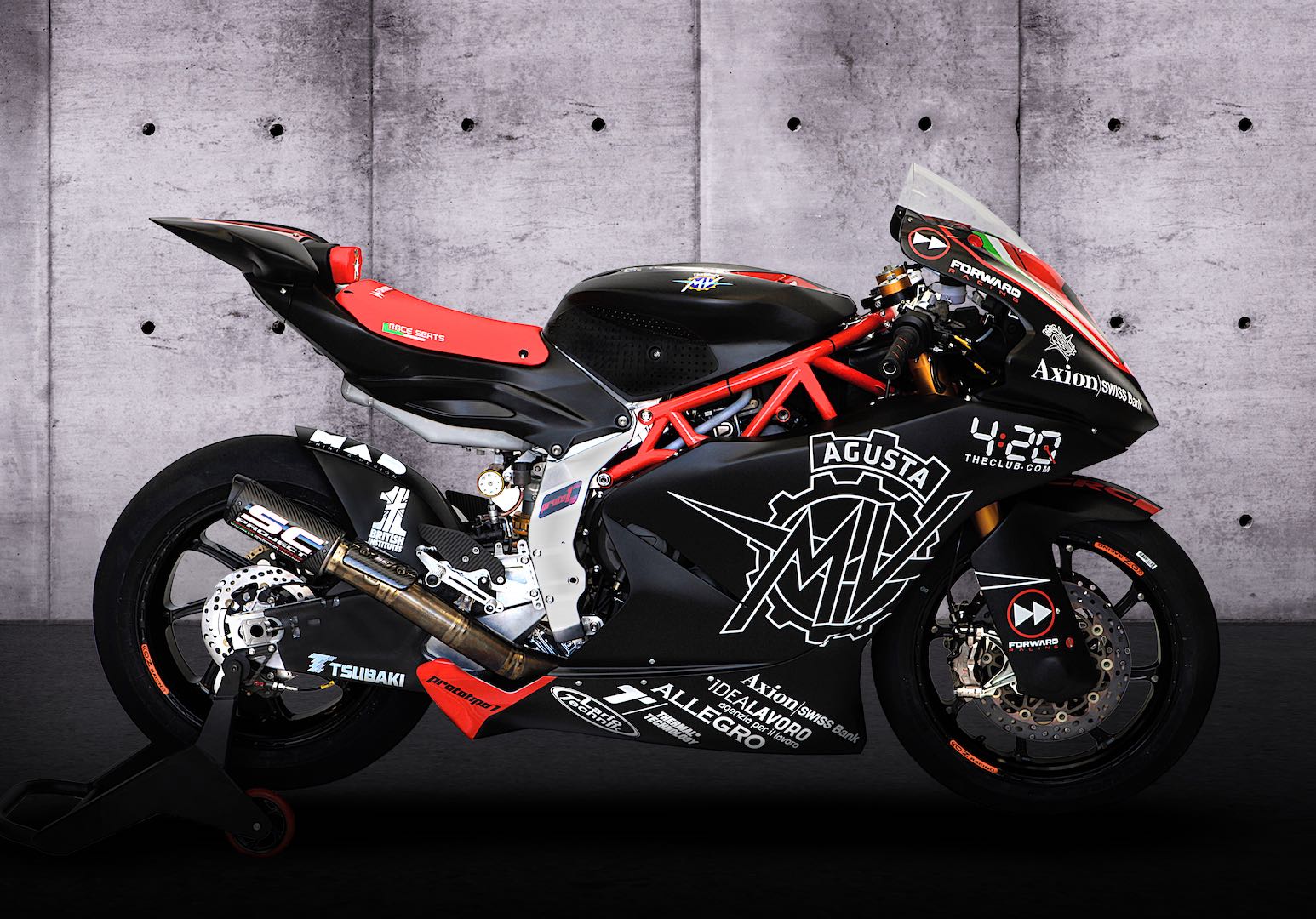 MVA said in June that it will field a two-rider team in the 2019 Moto2 Championship. MV Agusta has now released information about the Forward Racing Team MV Agusta F2, and has also announced one of the riders: Romano Fenati.“I am really proud to see the dream to rejoin the Motorcycling World Championship come true. I would like to thank all our engineers, technicians and designers, plus the staff of the Forward Racing Team for having carried out this project in such a short amount of time,” said Giovanni Castiglioni, MV Agusta President.“I want to express my gratitude to Giovanni Cuzari, as he believed in us and pushed us to do our best. Of course, there is still a lot of work ahead of us, but step by step we will improve our competitiveness.”Team owner Giovanni Cuzari said: “I have been chasing this dream since Claudio (Castiglioni’s) era. Many times I have insisted that MV Agusta should return to MotoGP, and, when Giovanni took the place of his father, I often encouraged him to believe in such an ambitious project.“Finally, he did it, and today, 42 years later, we will take the first steps with the Moto2 MV Agusta prototype. I am very emotional but aware that this is only a first outing, and that there is a huge amount of work ahead of us. I have begun to learn more about the Castiglioni Research Centre, the true heart of MV Agusta, and now I’m convinced that we have everything to accomplish a great project: the passion and professionalism of the group guided by Paolo Bianchi, together with my fantastic team, which I thank individually, is definitely the right mix to be able to aim for the best.“Today is a starting point for the return of MV Agusta to GP prominence. A special thanks to all those who supported and support this project, now the attention goes to the track.” 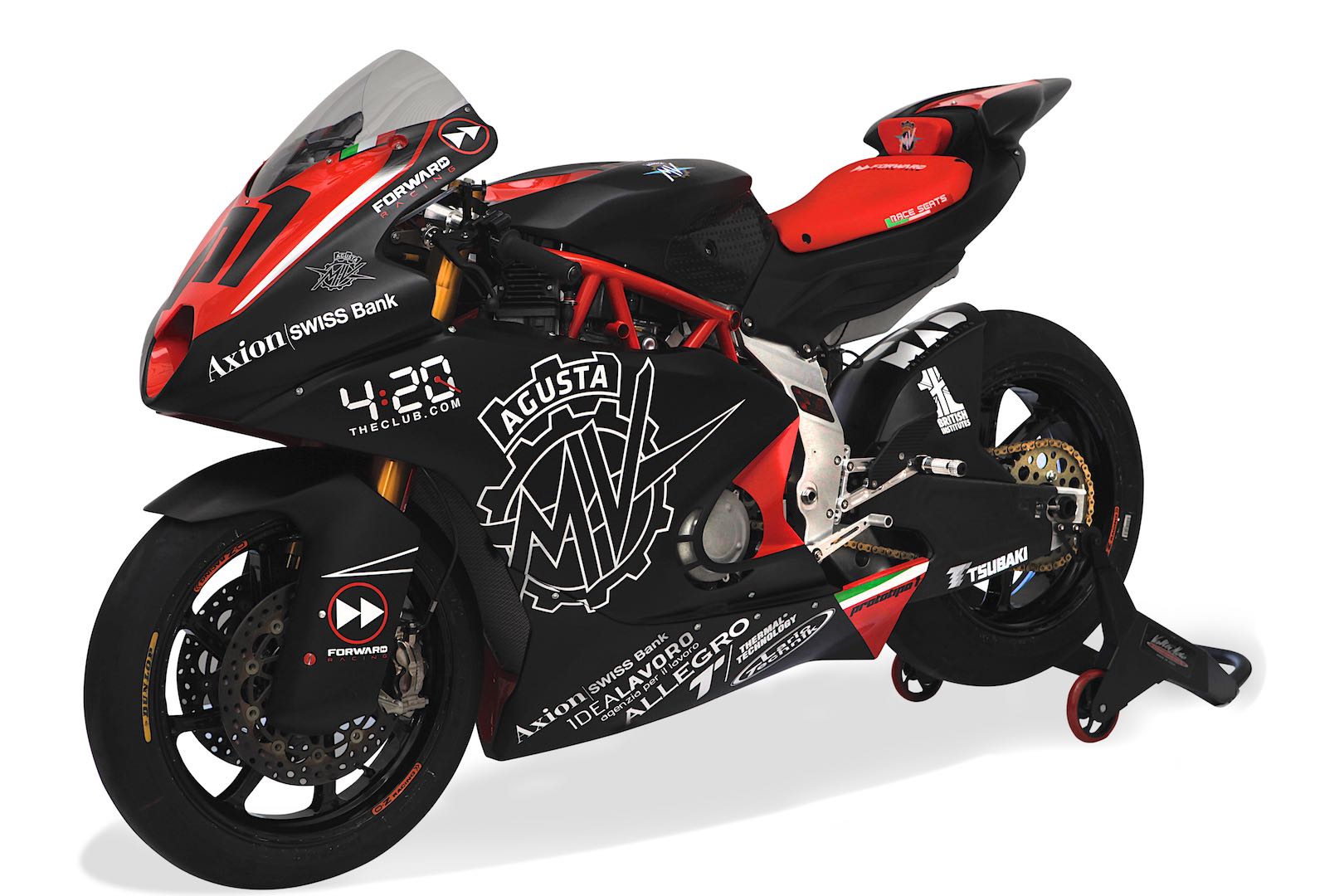 As for the rider announcement, one of two was announced. Fenati, 22, raced in the 2010 and 2011 Italian Championship before joining Moto3 in 2012. In 2018, Fenati moved up to Moto2 on a Kalex.“I am very happy and honored to take part in this prestigious project and to join such a cohesive and competent group as the Forward Racing Team is,” Romano Fenati said. “Driving the F2 will be a source of great pride for me and will be an important responsibility, so I will give all my contribution and my experience to achieve excellent results.”