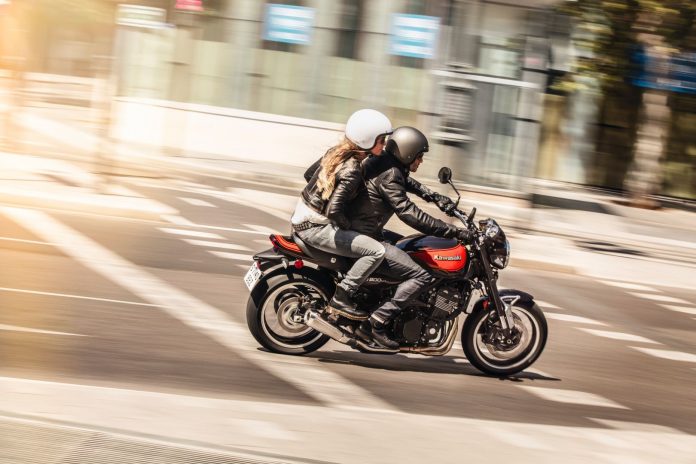 Back in September, we reported that Kawasaki would be unveiling its highly teased Z900RS, a modern take on the 1970s Kawasaki Z1.The motorcycle was already unveiled in October to the Japanese crowd at the Tokyo Motor Show, but it had yet to reach stateside audiences.That changed today at New York City International Motorcycle Show, where the America-specific 2018 Kawasaki Z900RS was launched. 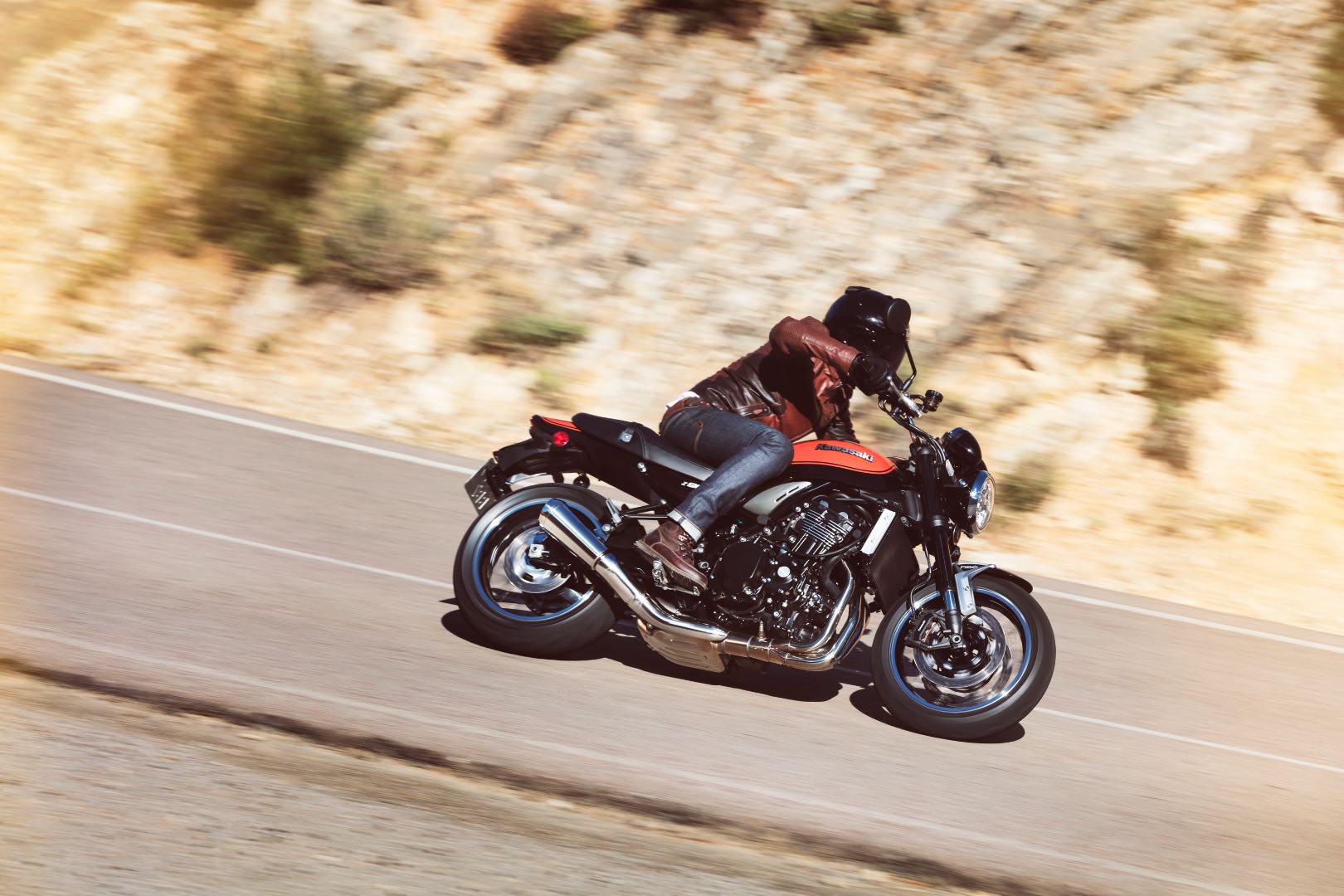 Following are the essential Fast Facts about the 2018 Kawasaki Z900RS, which follows the retro craze of motorcycles such as the Triumph Street Cup, BMW R nineT and the CB1100 EX.1. The new Z900RS uses the Z900 as a platform, but with retro styling reminiscent of the Z1 sport bike. Styling highlights include the 4.5-gallon teardrop gas tank, classic headlight design with LEDs, duckbill tail cowl, and wire-spoked wheels.2. This is the second model in the Z900 Lineup. The base-model Z900 was released for 2017, a naked sportbike replacing the Z1000 and one-year Z800. The Z900 is a direct competitors to the Yamaha’s MT-09 and the Suzuki GSX-S750/1000.3. Powering the Z900RS is the liquid-cooled, DOHC, 16-valve 948cc inline-4 tuned for strong low- and mid-range power. Kawasaki says to achieve the desired engine performance in the low-to-mid rpm range, compression ratio was set to 10.8:1, intake cam profiles at 248 degrees and exhaust duration at 244 degrees. Kawasaki doesn’t report horsepower, but it should produce around 125 horsepower. 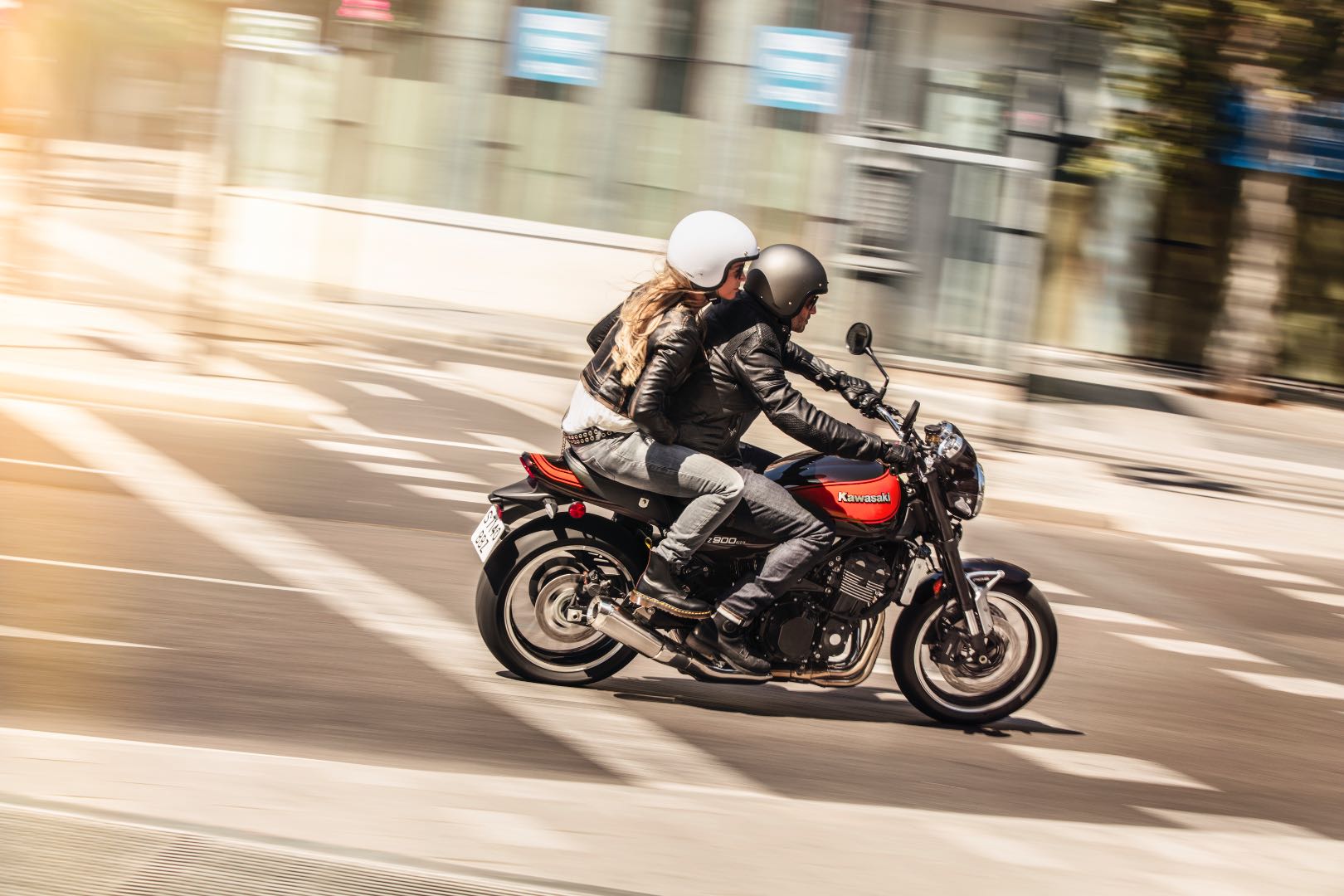 4. For ample acceleration in town, and for improved mpg and reduced vibration on the highway, the Z900RS’s transmission features a short first gear and a tall sixth gear.5. To prevent wheel hop during downshifts, the Z900RS has a slipper clutch.6. The 2018 Kawasaki Z900RS uses Kawasaki’s first Tuned Exhaust Note exhaust, which features a 4-into-1 stainless-steel design. To provide optimal noise of retro inline-4s, Kawasaki finely tuned the exhaust pipe length, collector design, bends, and the density of the glass wool fibers in the silencer. “More than 20 renditions of the system were tested before finding the perfect match,” according to a Kawasaki source. “Clever internal construction of the pre-chamber achieves a balance of sound and performance, and at low-rpm, the exhaust escapes in a straight line, while at high-rpm the exhaust is routed through an additional passage.”7. The Z900RS has a lightweight trellis frame with a rigid-mounted engine that’s connected at five points to the frame—front and rear of the cylinder head, behind the cylinder, and at the top and bottom of the crankcases. For added comfort, Kawasaki says the Z900RS has a laid back and relaxed design to it. This was achieved by raising the front and lowering the rear. Along with an entirely new frame, the 2018 Kawasaki Z900RS also features a new upper-triple clamp, which increases the steering offset to 34mm, which reduces trail and contributes to light operation.8. Suspension duties are handled by a 41mm inverted fork and Kawasaki’s Horizontal Back-Link rear suspension. The fork has fully adjustable 10-way compression and 12-way rebound settings, while the shock features fully adjustable rebound damping and preload. Kawasaki says this arrangement contributes to mass centralization and ensures that the suspension is located far enough from the exhaust that it is not affected by heat. 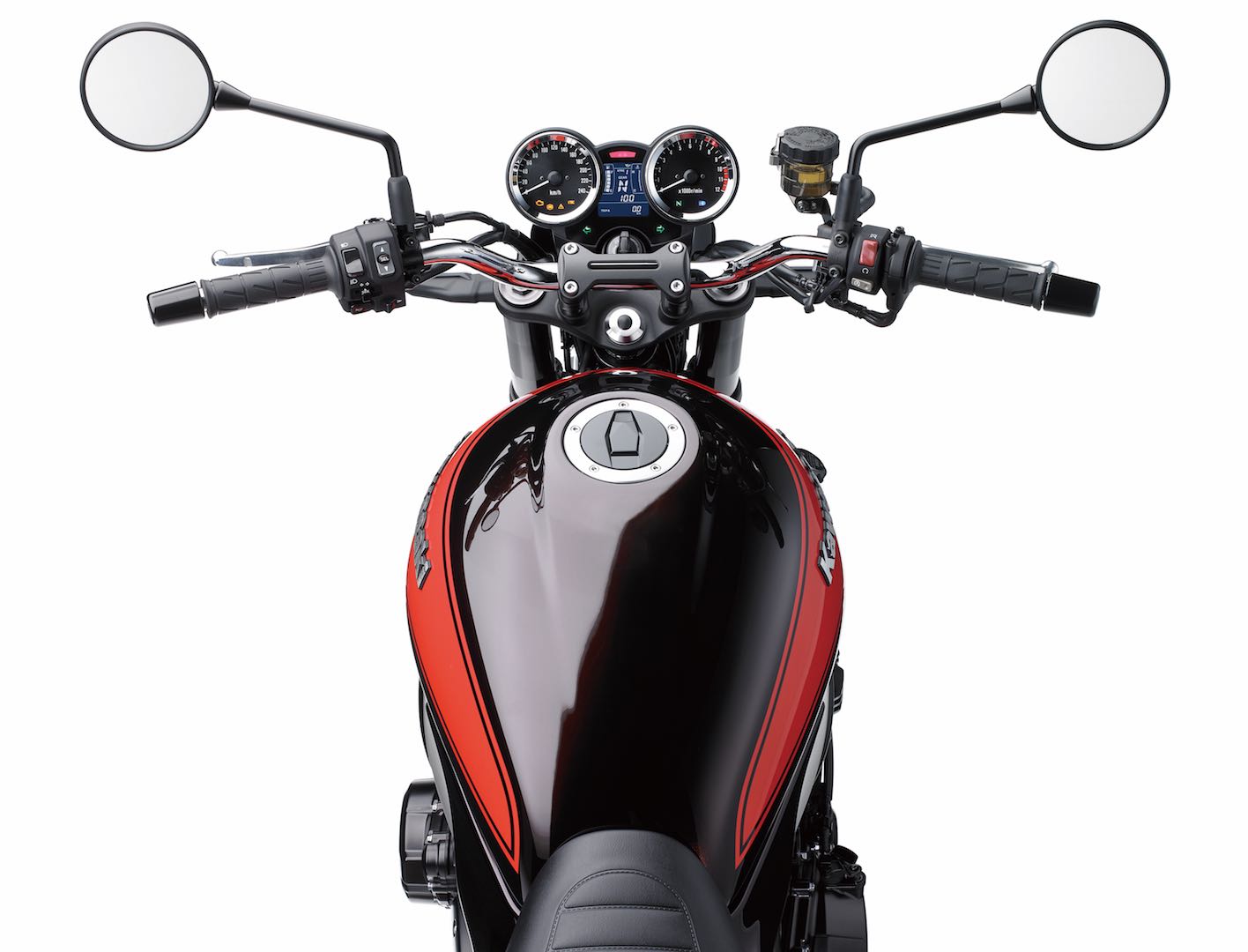 9. Stopping the Z900RS are dual 300mm discs up front squeezed by four-piston radial-mount calipers, and a single 250mm disc out back grasped by a single-piston caliper. ABS is standard.10. The 2018 Kawasaki Z900RS is also enhanced with a two-level traction control. Mode 1 is for standard conditions, and Mode 2 for rain. The system can also be turned off. 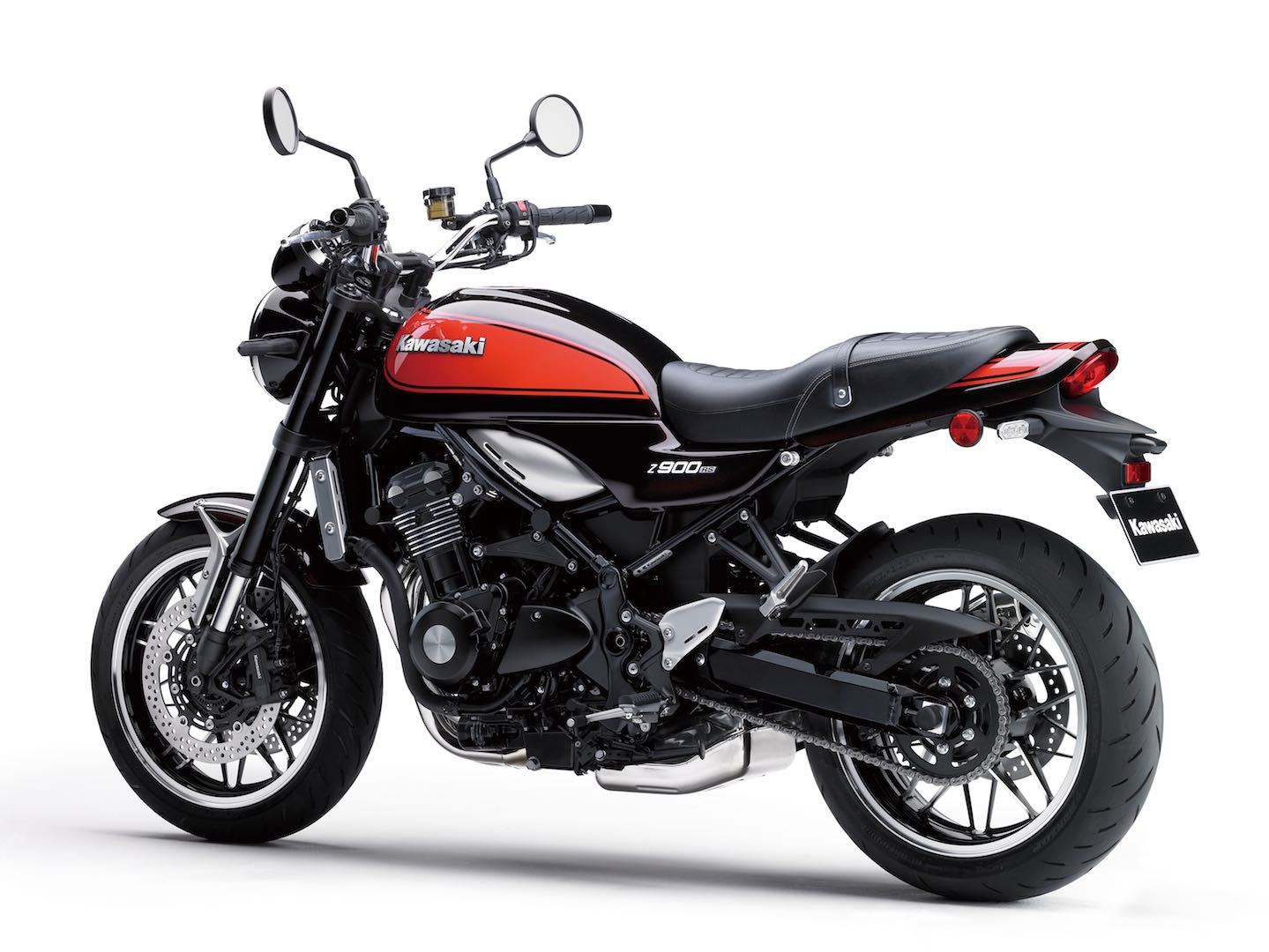 11. An analog-style speedometer and tachometer provide the Z900RS with retro vibe for the gauges. There is also a multi-functional LCD that blends retro styling and modern technology.12.The 2018 Kawasaki Z900RS is available in two colors: Metallic Flat Spark Black and Candytone Brown. The MSRP starts out at $10,999.