With the big-bike ADV craze at full throttle, Honda re-entered in 2016 with the Honda CRF1000L Africa Twin, a bike that was inspired by the original NXR750 Africa Twin that claimed four-consecutive Paris-Dakar Rally victories back in the 1980s. 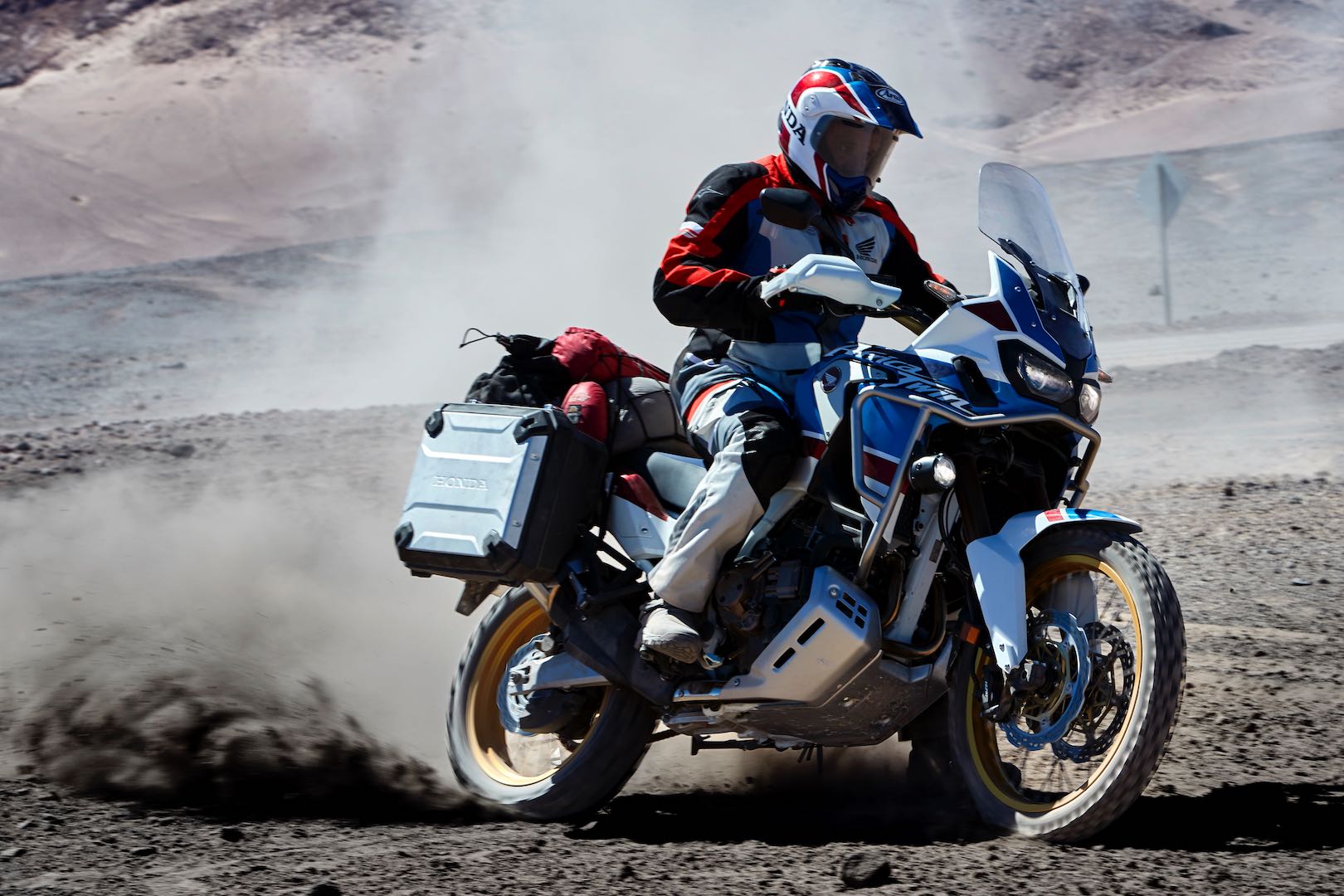 The CRF1000L2 was released next to an updated 2018 Honda CRF1000L, which also receives upgrades to its engine, electronics, and rider interface. Following are the essential Fast Facts for Honda’s new CRF1000L2 Africa Twin Sports.

1. The Sports model has longer-travel, fully adjustable Showa suspension, which offers 10.6 inches vs 9.8 inches on the base model.

3. For more comfort off road, the CRF1000L2’s handlebar position is 1.3 inches higher and almost a quarter-inch rearward compared to the standard version. 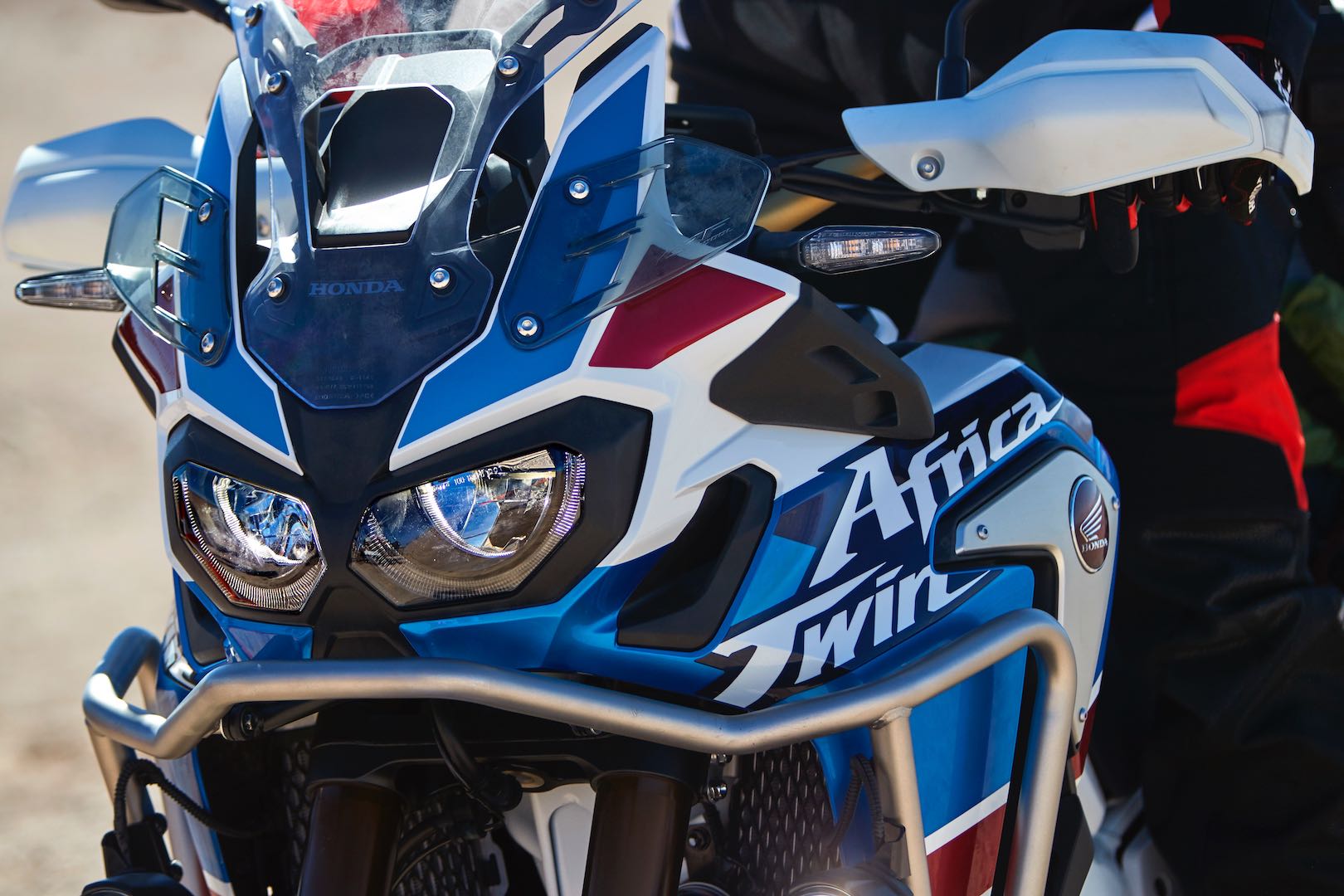 5. The Africa Twin Adventure Sports has a larger fairing and 3.1-inch taller windscreen for better protection from the elements.

8. Both the Sports and base 2018 Africa Twin models feature 21- and 18-inch wheels, with stainless-steel spokes for improved durability.

9. The Africa Twin’s footpegs are now wider and affixed via stouter steel mounting plates for strength and comfort off road. The passenger footpeg hangers also have been redesigned to allow more room for the rider’s feet when standing. 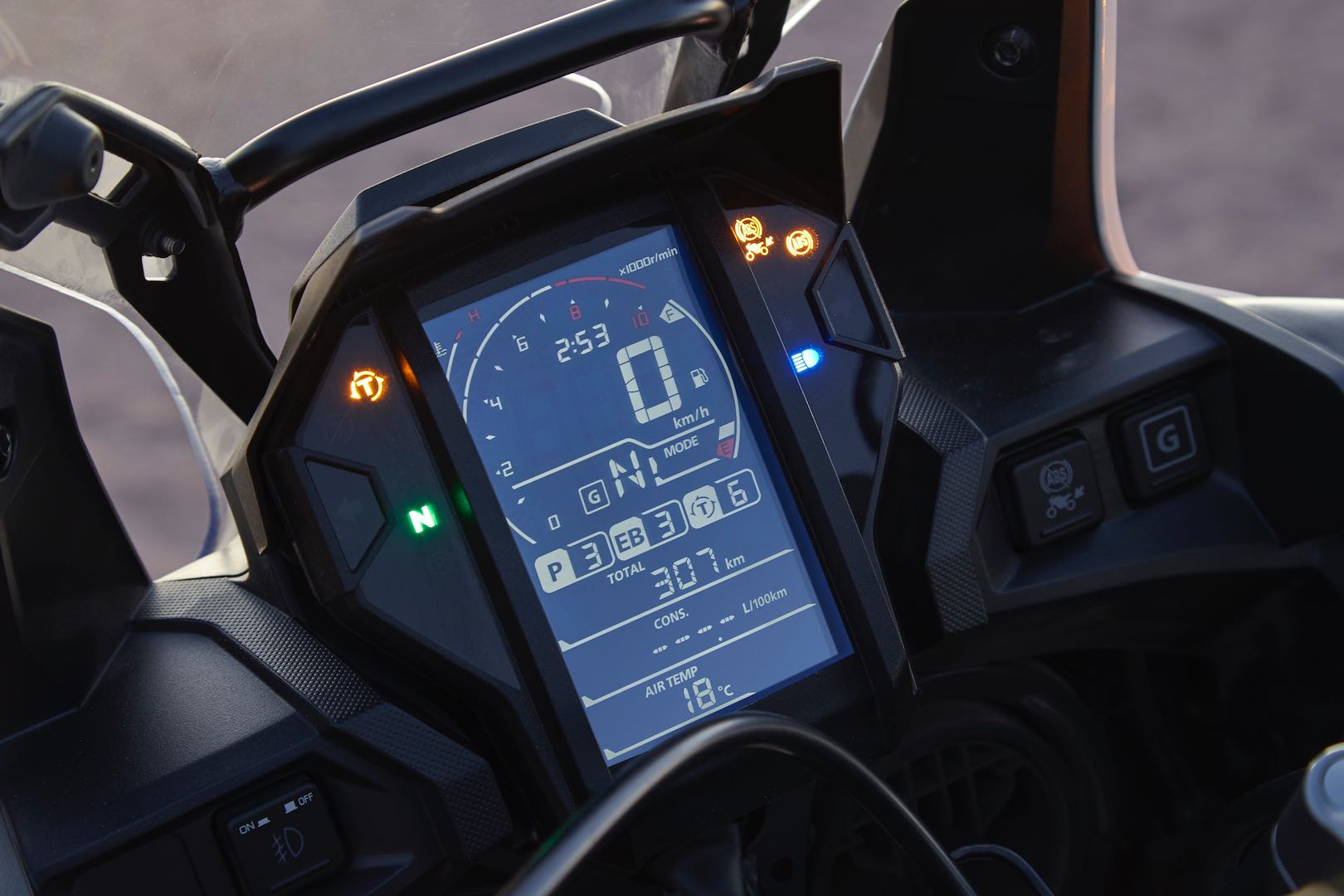 10. Speaking of standing, the instrument cluster has been re-positioned for a more optimal view while standing.

12. The engine’s balancer shaft weights were lightened by 10.6 ounces.

13. The Africa Twin lineup’s water pump is housed within the clutch casing. A  thermostat is integrated into the cylinder head, while water and oil pumps are driven by the engine’s balancer shafts, contributing to a compact engine and optimum ground clearance.

14. A lithium-ion battery was introduced for 2018 across the Honda Africa Twin lineup, which helps shave 5.1 pounds.

15. A two-channel ABS is standard equipment across the Africa Twin lineup, and the rear can be turned off.

16. Once again, both models are available with Honda’s automatic Dual Clutch Transmission (DCT). Riders can select from three different shifting modes, plus a G switch that enhances off-road functionality by reducing the amount of clutch slip during gear changes. 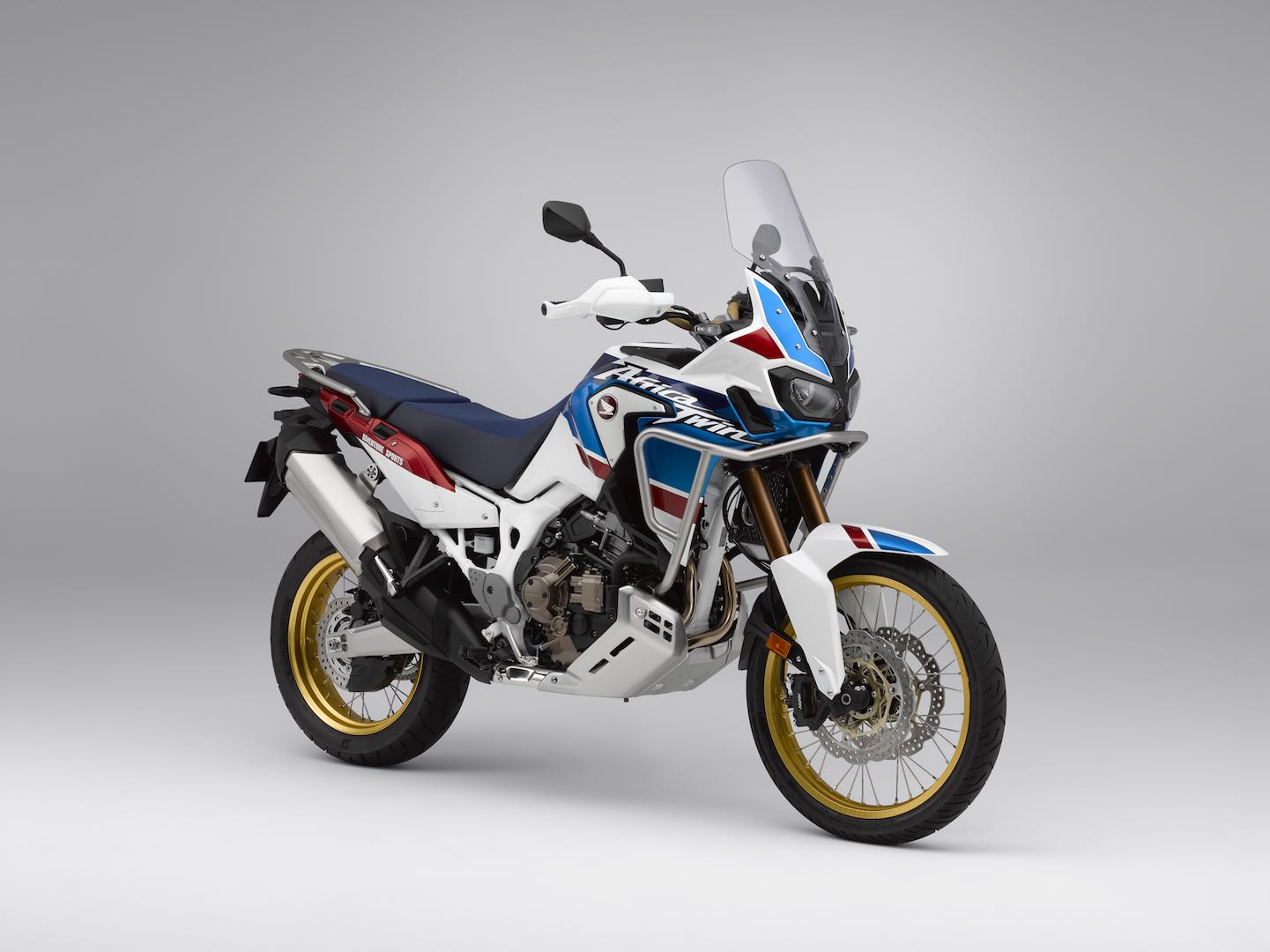 20. The Honda CRF1000L2 will only be available in one color combination–white/blue/red.