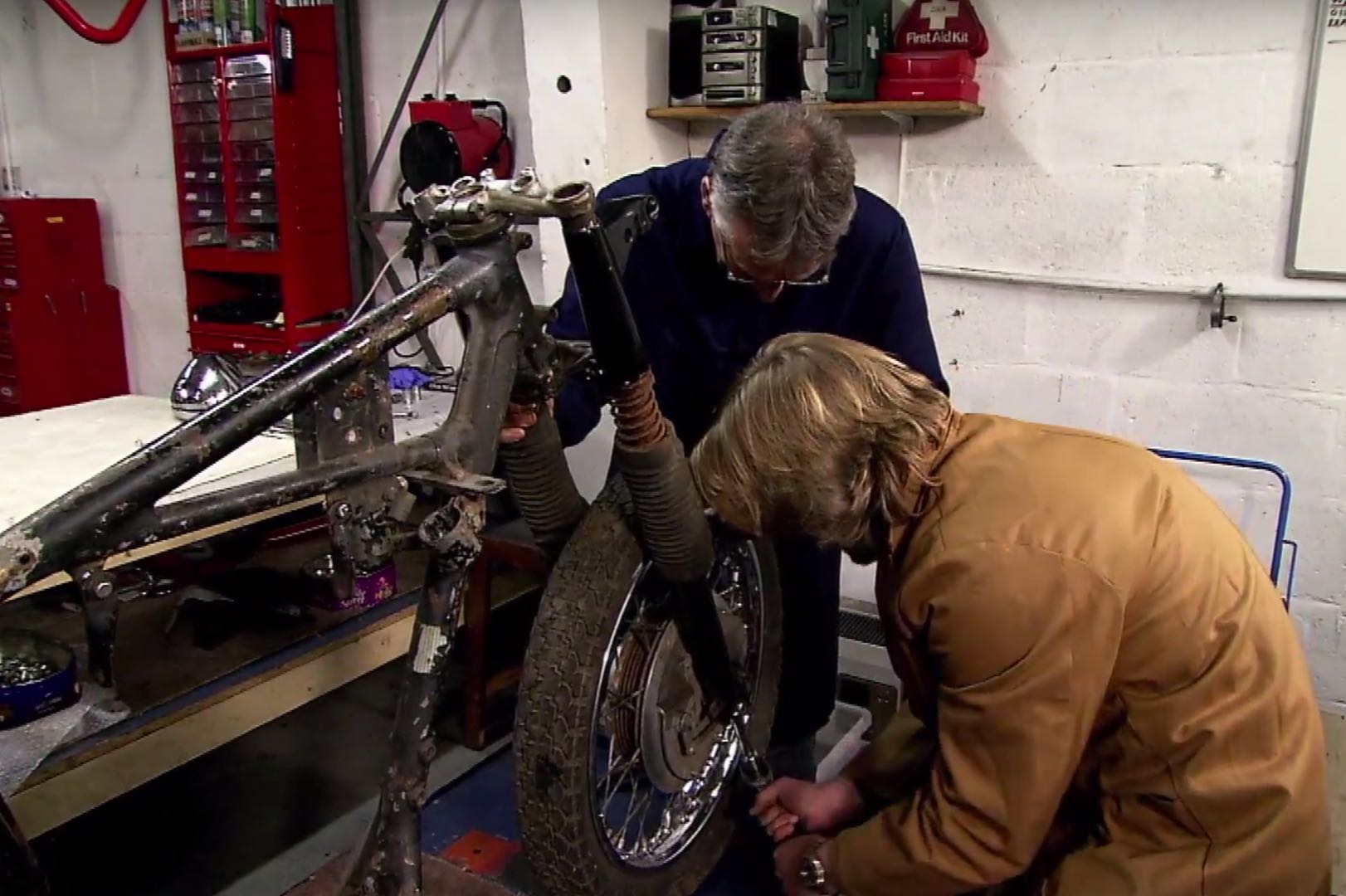 The latest episode of Henry Cole’s The Motorbike Show—hosted exclusively in America by Ultimate Motorcycling—is now live.During episode 7, Cole, the mainstream moto-voice of the UK,  heads to the back streets of the UK to check out the latest retro-scooter craze. “They’re small, and they sound like wasps,” nicely sums up this portion of the show.Next, Cole takes a brief look at the future of custom motorcycles builds, where “It’s all about taking something standard or old or unwanted, and making it your own.” He then heads to the garage to see the stripes being put on his Triumph Bonneville restoration.For the main segment, Cole introduces us to the man who has helped him restore countless motorcycles, such as a Honda CB500, Yamaha XT500 and the 2012 prize-winning Suzuki Streetfighter.This man, Pete “The Restorer” Thorne, likes to do more than wrenching on bikes; he also is passionate about racing classic two-stroke motorcycles. Cole takes us to Donington Park for some conversation with Thorne during the classic two-stroke series at the famed race track.Check out the latest episode on the Ultimate Motorcycling TV Channel. New episodes can be found on at Ultimate Motorcycling on the first Thursday of each month.