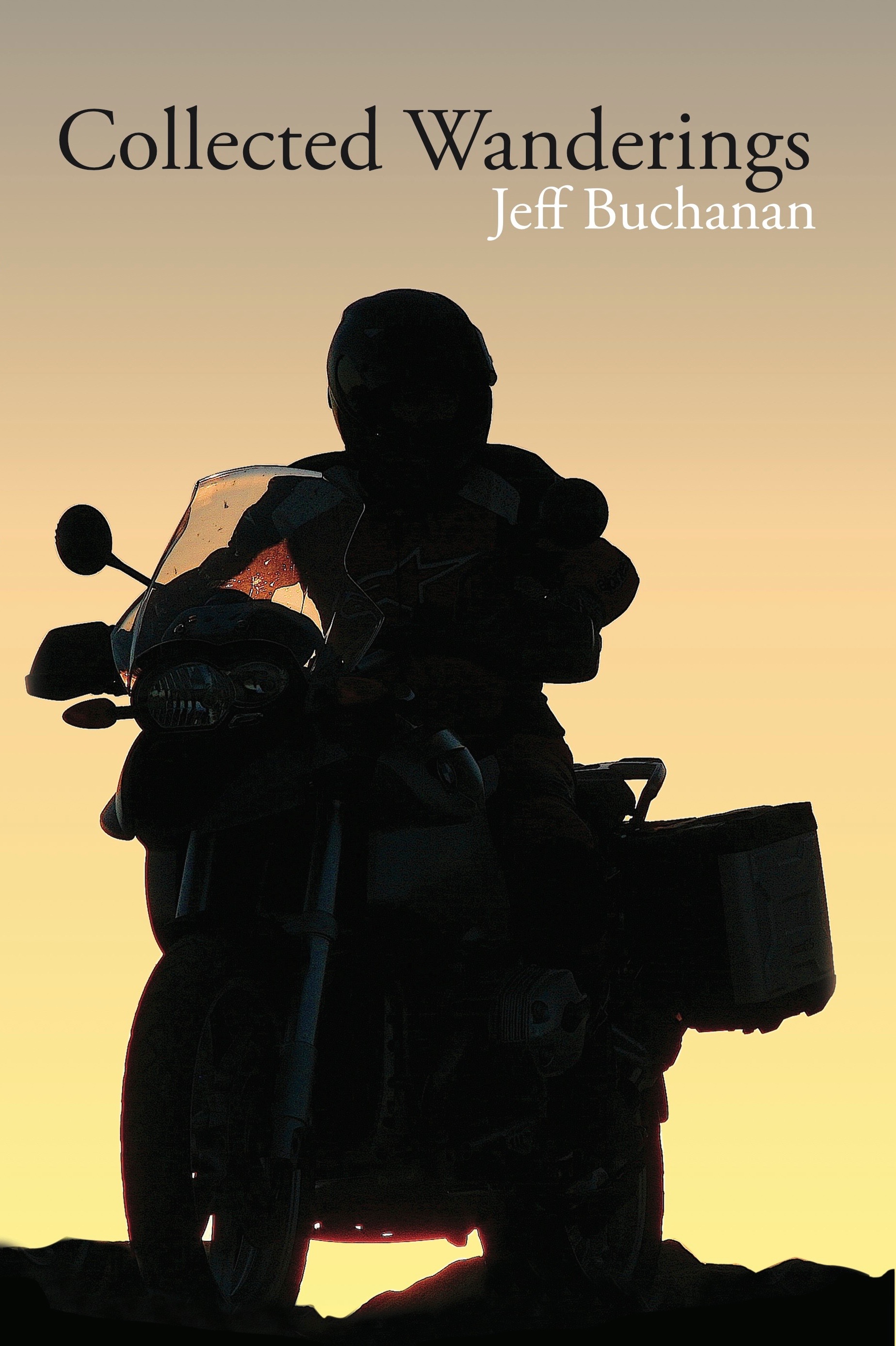 Ultimate Motorcycling had its origins back in 2003 under the auspices of CurtCo Robb Media. Founded by Arthur Coldwells as Robb Report Motorcycling, the refreshing, upscale enthusiast magazine was editorially helmed by Jeff Buchanan for its first couple of years until he struck out on his own to test the waters as a freelance moto-journalist.Over the ensuing 15 years Buchanan has written for a host of motorcycle magazines in the U.S. and Britain, as well as several mainstream publications.Now, his favorite and most heartfelt essays have been brought together by Buchanan himself, with the best of his travel stories, columns, editor’s letters, and musings that are re-published in his new book, “Collected Wanderings.”Illustrated with black and white photographs, the writings step slightly outside the established norms of moto-journalism. They cover an array of quirky two-wheel topics, which range from various motorcycle travels and adventures, to heartfelt remembrances of a motor-driven youth.All the stories contribute their personal touch to make “Collected Wanderings” an entertaining read for riders and non-riders alike.“Collected Wanderings” is published by Cinenovel and is currently available at the Lulu Bookstore for $12.95, and soon to be on the Amazon bookshelf.