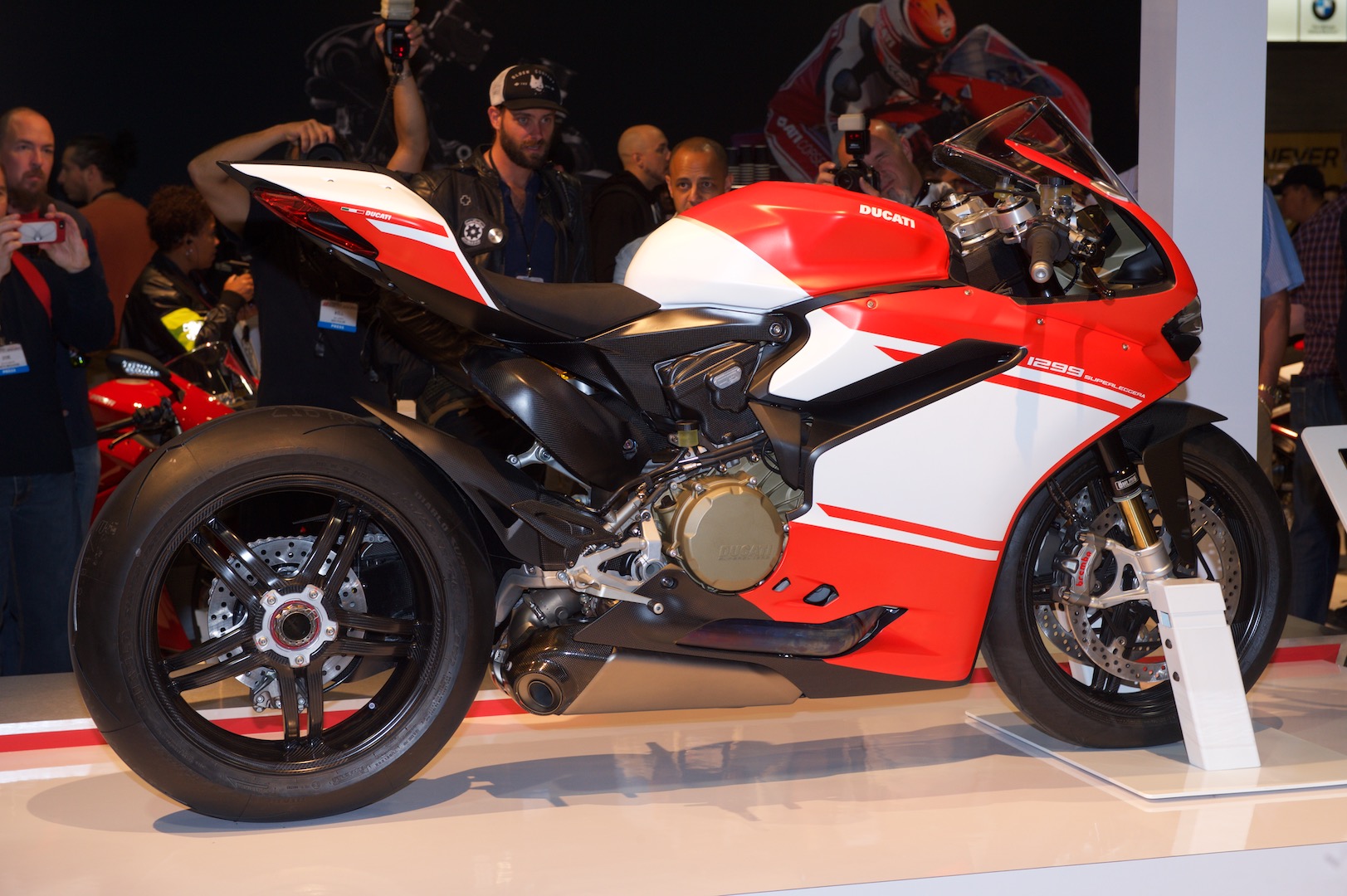 Every year the Progressive International Motorcycle Shows are a must-see event for the hardcore motorcycle enthusiasts. There are dozens of 2017 models to check out, along with a wide variety of customs, apparel and accessory vendors, and Flo’s Chop Shop. If you miss the 2016-17 Progressive IMS,  you are missing a lot! Let’s take a look at a number of the highlights.

The big stars of the BMW display were the various flavors of the 2017 BMW R nineT, along with a striking custom model. BMW has jumped into the small-bike milieu with the 2017 BMW G 310 GS.

It’s a big year for Ducati, and they put on a strong showing. At the top of the list, of course, is the $80,000 2017 Ducati 1299 Superleggera—it’s a must-see bike at the Progressive IMS. Another impressive bike is the 2017 Ducati Scrambler Desert Sled, which is designed to ride seriously off-road. Plus, we got to inspect the 2017 Ducati Monster 1200 R, Supersport S, and Multistrada 950.

The Scout was a focus at Indian, and that meant its championship-winning Scout dirt tracker, plus a fantastic Roland Sands Design Scout.

The 2017 Harley-Davidson motorcycles have been out for months, and they didn’t have anything new since then on display. However, we did like the cutaway of the new Milwaukee-Eight motor. If there are any 2017 Harley-Davidsons you haven seen, they were all there, and many with factory accessories. 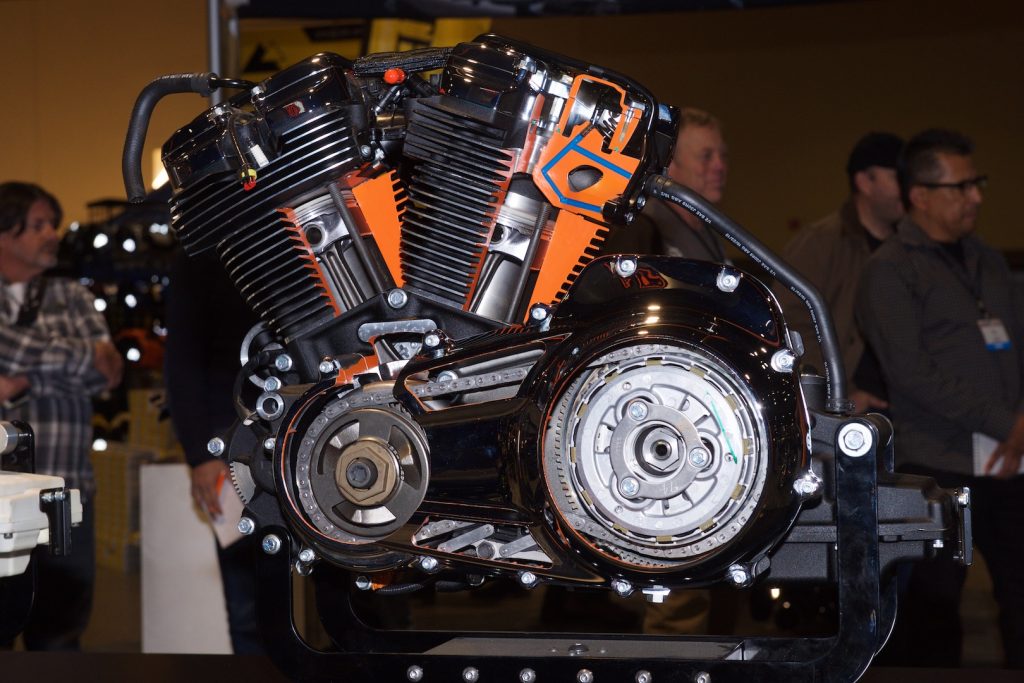 There wasn’t anything we hadn’t seen from Victory yet, except for this highly modified motorcycle—dubbed the Victory Grizzly—which had been taken around the world on a nearly 60,000-mile trip in just 72 days.

If three-wheeled motorcycles tickle your fancy, check out these offerings from Can-Am, Polaris, Ural, and Vanderhall.

If you’re looking a big rough around the edges at the Progressive IMS, Flo’s Chop Shop will clean you right up.

There’s a huge section of vintage motorcycles of all types, including a strong showing from our friends at Doffo Wines.

No one does customized adventure bikes like Twisted Throttle and Touratech.

EBR is back, and Erik Buell was on-hand to show us the way.

Triumph had a display put on by Southern California Motorcycles, and Royal Enfield talked to the media about its efforts to sell one million motorcycles worldwide, and expand its reach into the American market.

Zero and Energica were also on hand at the Progressive IMS in Long Beach with the forward-looking electric motorcycles.

There was a small display of Beta off-road and dual sport motorcycles—missing were the trials bikes, however.

The Marketplace, presented by Cycle Gear

This year, Cycle Gear has made it easier than ever to buy something at the Progressive IMS.

Last, but certainly not least, is the wide variety of custom motorcycles on display the the Progressive IMS.