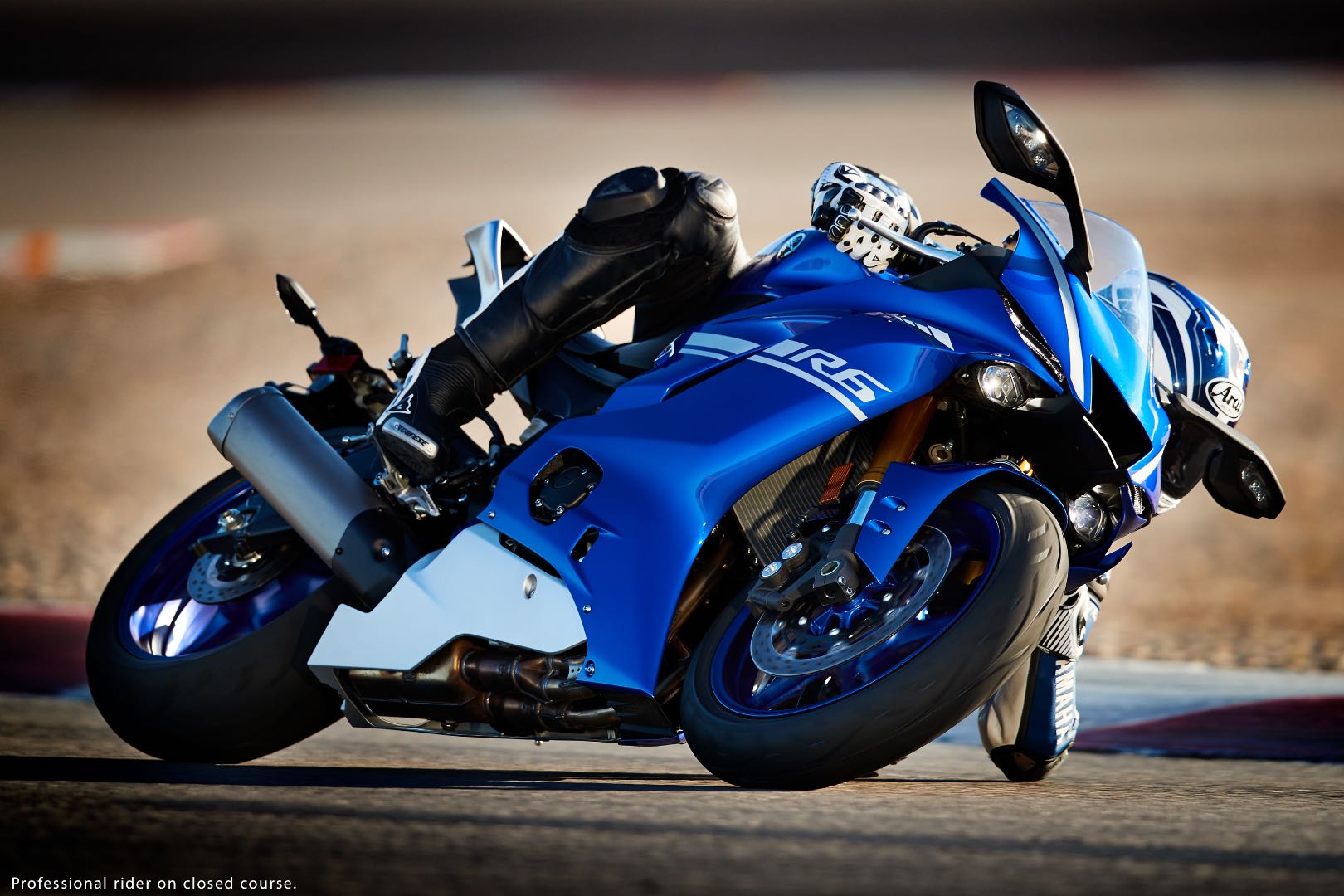 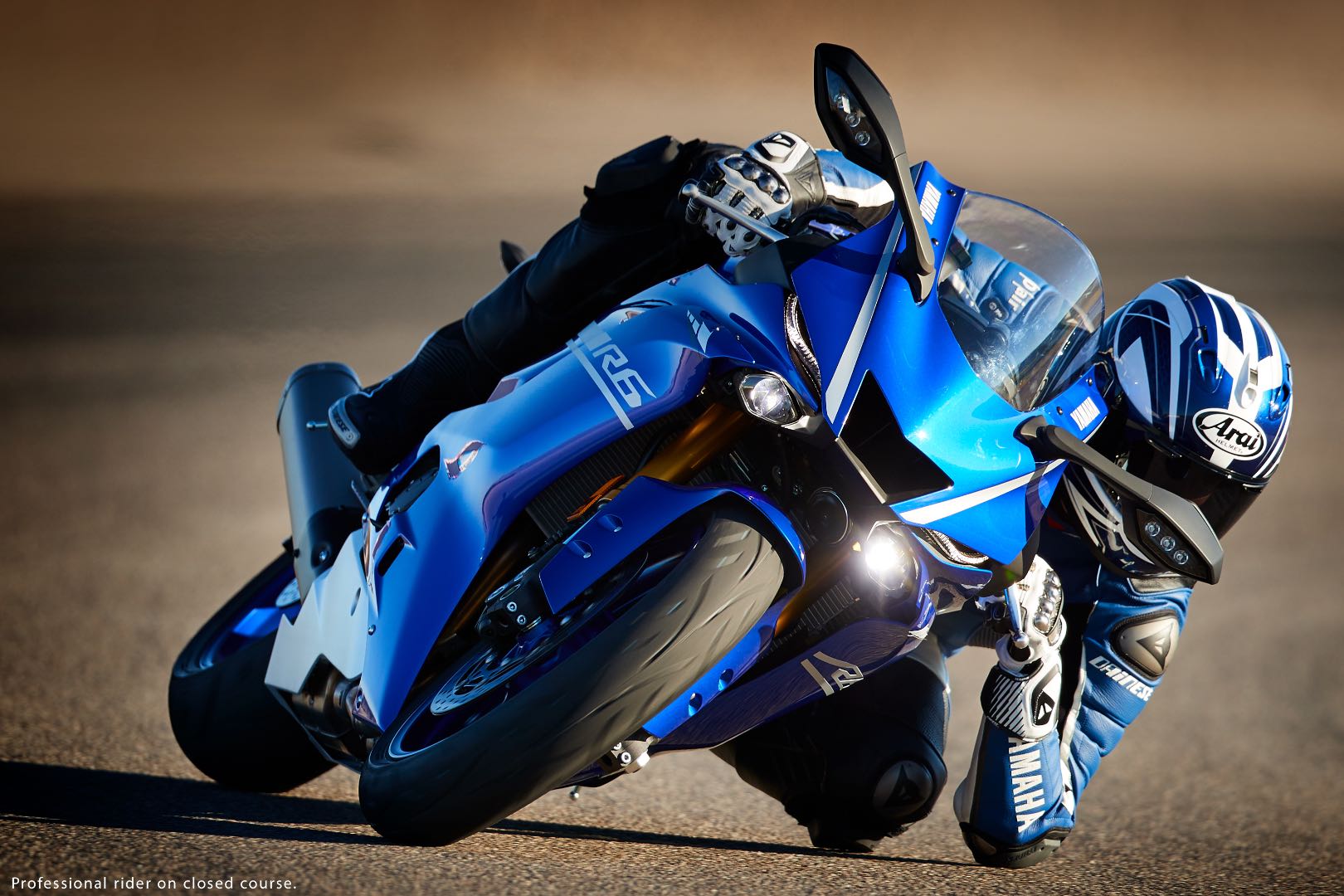 The last time we saw a major update to any Japanese supersport was 2013. That year, Kawasaki launched its Ninja ZX-6R, which returned to the 636cc engine and arrived with selectable power modes.Since then, as naked- and liter-bikes garnered more and more popularity, the supersport market remained hush. This changed Thursday at American International Motorcycle Expo with the release of the 2017 Yamaha YZF-R6.[More New 2017 Motorcycles]Taking cues from its older brother, the popular YZF-R1, the R6, which is the winningest supersport in AMA/MotoAmerica history, arrives with a host of updates, including the latest in electronics and suspension.Yamaha just released all the details. Stay tuned for an in-depth preview, but for now here are the 2017 Yamaha YZF-R6 Fast Facts.1. Traction Control: Thanks to the updated ride-by-wire Yamaha Chip Controlled Throttle (YCC-T), the 2017 R6 receives a host of electronic updates, including traction control—a first for a Japanese supersport. The YZF-R6’s TTC (Traction Control System) features six modes, and can be turned off.2. Selectable Drive Mode (D-Mode): The 2017 YZF-R6 arrives with a three-channel rider mode system, called D-Mode. This system features standard, A and B modes.3. Upgraded KYB Suspension: Derived from the new YZF-R1, the YZF-R6 is upgraded with new suspension. The R6 features the same KYB 43mm inverted forks as the R1, and a new adjustable KYB rear shock.4. Upgraded Brakes with ABS: The 2017 Yamaha YZF-R6 arrives with larger, 320mm front-disc brakes vs. the 310mm discs found on the previous generation. Just like the KYB front fork, this is the same front-brake system used on the R1. Also, ABS is standard. It’s likely switchable, though we’re awaiting confirmation.5. New Gauge Layout: The 2017 YZF-R6 arrives with new instrumentation. The gauge features a combo of analog and digital LCD data, including a programmable shift light, fuel economy, dual trip meters with miles-on-reserve function, and indicators for the new electronic rider aids, including TCS and D-Mode. 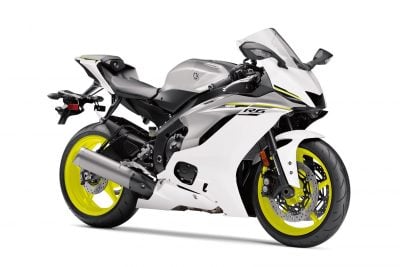 6. New R1-based Styling: For additional aerodynamics and styling, the 2017 R6 arrives with restyled bodywork that’s similar to the YZF-R1. LED lighting is standard, along with mirror-integrated front turn signals and an R1-style tail.7. Aluminum Fuel Tank: Helping to save 2.5 pounds off the wet weight for a total of 419 pounds, the 2017 Yamaha YZF-R6 arrives with an aluminum tank over the previous generation’s steel one.8. New Seat and Magnesium Rear Subframe: Also helping to shave weight and increase mass centralization is an all-new magnesium subframe and redesigned seat—20mm narrower at the front.9. Quickshifter Available: Yamaha’s Quick Shift System is available as an accessory for clutchless upshifts.10. Price Increase/ New colors: Compared to 2016, the 2017 Yamaha YZF-R6’s price has increased $1200 and now has an MSRP of $12,199. The R6 will be available in three colors: Matte Black, Team Yamaha Blue, and Intensity White/Matte Silver. Expect delivery in March 2017.