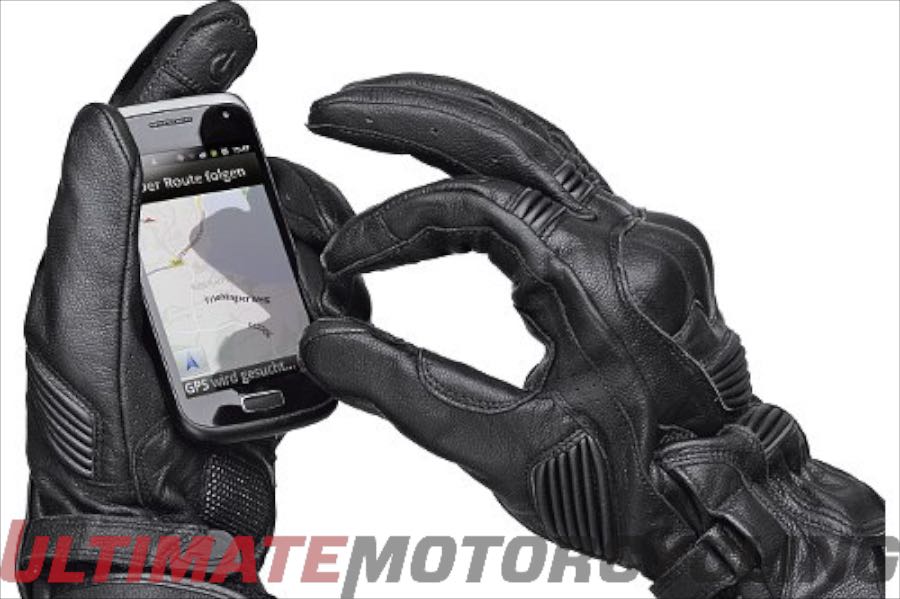 The Held Touch Touring gloves certainly live beyond their name. Held has made something that can be used in a lot of different settings, dare I say even the sport bike world. Constructed of high-quality leather with an abrasion-resistant kangaroo leather palm, one can feel both comfortable and confident while donning the Held Touch Touring glove.In the protection department, Held has offered up a level that I’d expect out of a more aggressive pair of gloves. Sas-Tec knuckle protection gives a sturdy bit of backing on the knuckles and, most importantly, works with you and not against you. Protection clauses can make for some binding or discomfort, but I had no issues while wearing them for about eight hours.On the palm and upper wrist where plastic sliders usually reside on sport gloves, the Held Touch Touring gloves are padded with SuperFabric protection. Again we see that sport influence inching into the picture; in this case, you get some padding to reduce the shock of an impact instead of hard TPU sliders. That level of comfort is certainly achieved by the elastic leather stretch panels found at virtually every pivot point on your hand.The Held Touch Touring glove is unlined, and having worn them in around 50-degree weather, they’ll do just fine for moderately cool temperatures. As the day progressed, we did see temperatures in the high 70s in the Californian valleys but again, the Touch Touring glove with its perforated palm didn’t cause any clamminess.One handy little tool found on the index finger is the visor wiper. This small strip of rubber works wonderfully to remove any liquids from your face shield. Despite being in a drought-stricken state, I actually did get to test the visor wiper while heading into traffic during the wee hours of the morning.The modern touring rider might be making use of some electronics to help them along. Held certainly thought of that and integrated conductive leather in the thumb and index fingers – you don’t have to hassle with removing your gloves every time you need to fumble with your phone or GPS unit.I prefer a taller glove, and the Touch Touring is right on the money with its length. Secured by a simple and easy to Velcro adjustment, the Touch Touring is just the right amount of glove for the touring man, commuter and even someone who just wants to have a bit of fun in the canyons.Available in black only, the Held Touch Touring glove is available for an MSRP of $165. For additional information, visit Held.