With 2016 just underway, Fly Racing has announced that they will be providing racing apparel to the Rockstar Energy Husqvarna Factory Off-Road team. With team members Mike Brown, Josh Strang, Jacob Argubright, Andrew Delong, and Colton Haaker on the team, that means the Husqvarnas and Fly Racing off-road gear will be seen in various AMA series — Endurocross, National Enduro, National Hare and Hound and Western Hare Scramble — as well as GNCC and FIM Super Enduro.Here’s a rundown of the members of the Rockstar Energy Husqvarna Factory Off-Road team: 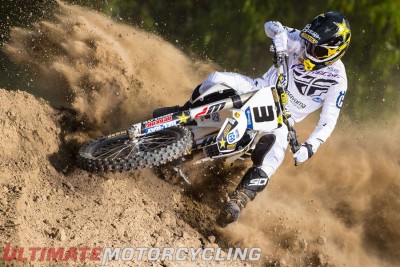 Mike Brown has an impressive résumé, with a AMA 125 Motocross championship, top three finishes in the 125cc World Championship, and gold medals at the X Games in EnduroX. In 2015, he had Endurocross wins and finished third in the championship.

Colton Haaker is fresh off a podium finish in the German round of the Maxxis FIM Super Enduro World Championship and a moto win in Poland. Haaker is also an eight-time competitor in the X Games (winning a Silver Medal in 2013 at Barcelona), as well as the winner of the 2015 King of the Motos extreme off-road race. A former motocrosser and trials pro, Haaker has been the runner-up in the pro class Endurocross Series the last two years. Haaker was the Endurocross Junior Champion in 2009 and 2010. 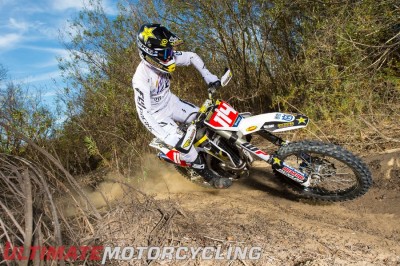 Australian Josh Strang is the 2010 GNCC XC1 champion, and finished the 2015 GNCC XC1 season with three wins in four races, putting him in third place overall for the year, despite not scoring in four races due to a shoulder injury. Strang also took two wins in the Kenda Full Gas Enduro Series, and making the podium in all the races he contested. 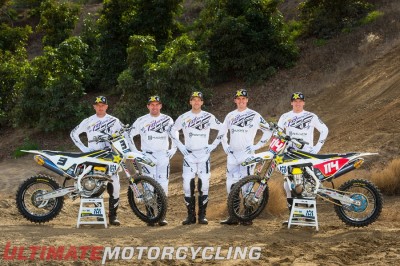 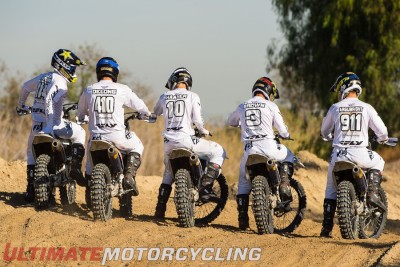 Andrew Delong won the Kenda AMA National Enduro Championship in 2014, is a many-time XC2 winner in the GNCC Series, and a five-time ISDE Gold Medalist. Delong also won the Sandlapper National Enduro in 2015.Our only question is, how are they going to keep that white Fly Racing Lite Hydrogen Racewear white off-road when thrashing around on their Husqvarna motorcycles?