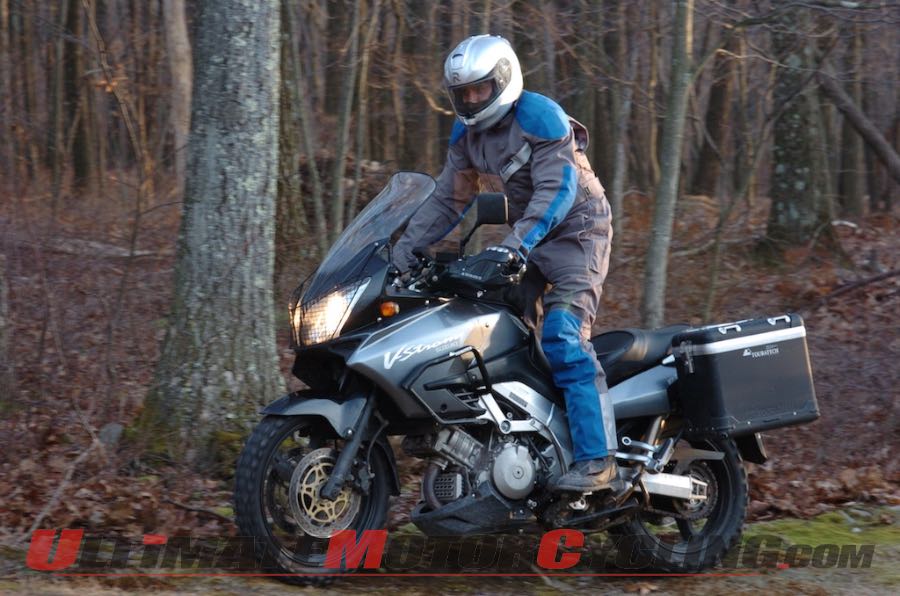 En route to Tennessee back in 2002 for the now-defunct Honda Hoot, I encountered a few maniacal riders donning faded, one-piece suits. The apparel was ugly as road kill, but the BMW GS pilots were skillfully fast, even passing a few sportbikes on the Blue Ridge Parkway.Later, I met the GS boys at a rest area. Both were in stylish jeans, one even in a button-up dress shirt. After chatting, they quickly transformed from well-dressed conversationalists to serious motorcyclists. The one-piece suits? Aerostich Roadcrafters.

Twelve years later, we have the third-gen Roadcrafter—the R-3, and its brother, the R-3 Light. As a disciple of speed, light is always better. The R-3 Light sheds two pounds from the standard’s weight of about 11 pounds. 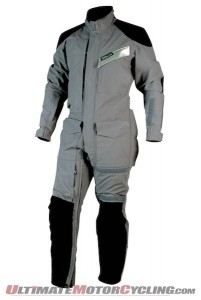 There is a sacrifice — the Light has only two-thirds the abrasion protection of the standard suit. The lighter fabric aids in coolness, though lacks warmth in temps below 70. But, with the correct layering, the R-3 Light works.Unlike previous Roadcrafters, the R-3 (both standard and light) features no liner, which exposes the perfectly taped seams and stitching. But, because the R-3 is designed for wearing over clothes, the lack of liner does not prevent comfort.The R-3 Light arrives with seven waterproof, draft resistant and seam-taped pockets, a two- position snap down collar, two magnetic collar positioners, a water-resistant inner pocket for phones/wallets, vertically adjustable impact pad positions, and a mini-carabineer helmet holder in the chest pocket that comes in handy when unloading cargo from the motorcycle.There’s a new zipper with an over-flap design that allows easy suiting up and off. Just slip your booted right foot in the suit, and zip the main YKK zipper from collar to left ankle. This new zipper design also aids in waterproofing. Rain, even one six-hour stint of continuous downpours, never caused an issue.The collar – comfortable on the skin – covers the neck perfectly during the colder temps. In warmer temps, the collar features two magnets that keep it in the down position, no snap buttons to fuss with here.The vents are optimally positioned under the armpits and across the back. They open fully— no mesh covering like the older Roadcrafters — and provide optimal airflow, especially while on the move. 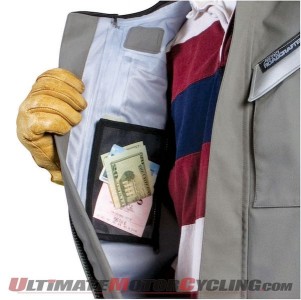 Besides the 200d Gore-Tex nylon, protection is provided from TF3 armor, which is featured in the shoulder, elbow and knee. The TF3 is contained in bags that Velcro inside the suit, allowing for easy removal/installation and adjustment. I adjust the knee protection based on riding styles; if I’m on the adventure bike, they go a little higher for comfort while standing.I hit the dirt a few times while adventure riding, and scraped concrete in the R-3 Light. But even after dancing across gravel-strewn dirt at considerable speeds, the suit held up, and I’m sure the same would occur on the road, but hope to not test that.The suit has areas for adding protection on the back, chest and hips, plus a chest insulation pad that is offered in an electric-heated version. Hi-Viz material on the lower legs, left chest pocket, and across the back further improves safety.After nearly 4,000 miles of summer/fall/ winter riding in temps ranging from 25 to 95 degrees, I don’t see the need for an updated version anytime soon; the Aerostich R-3 Light simply works.For additional information, visit Aerostich.Story from Ultimate MotorCycling magazine.