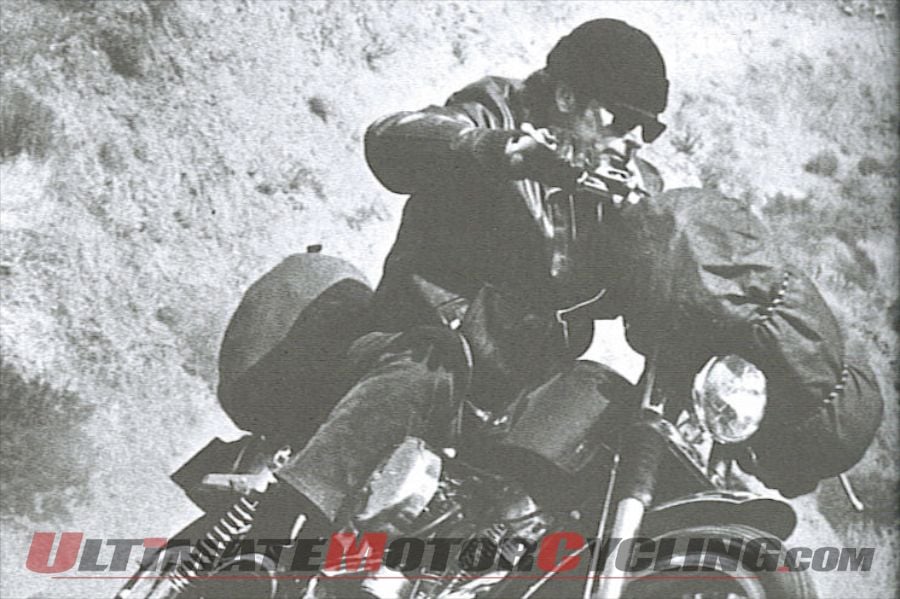 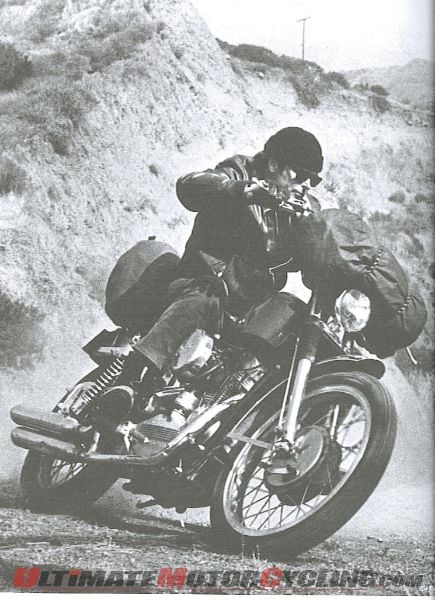 Then Came Bronson – A Look Back
If you are a rider of a certain age, you may remember “Then Came Bronson,” a TV series that ran on NBC from the fall of 1969 to spring of 1970.In that series, Michael Parks, who portrayed the main character, Jim Bronson, took us all over the west coast and southwest of the U.S. aboard a 1968 Harley-Davidson 883 Sportster. We just couldn’t let 2014 end without looking back 45 years at that memorable – if short-lived – series.In the pilot, Bronson leaves his unsatisfying job as a newspaper reporter to clear his head roaming on an 883 Sportster he got after a friend portrayed by Martin Sheen commits suicide.Bronson managed to collide with all sorts of adventures and misadventures along the way. He did everything with the Sportster from winning a hill-climb competition and enduro race to surviving an endo off a hillside road in Big Sur National Park and piecing the bike back together well enough to ride it cross country back out of the ravine. OK, a disguised dirt bike was used in the enduro and some of the hill-climb segments, but if you weren’t watching fairly closely, you may not have noticed.I was 14-years old when the show premiered, and my dad had just bought me a 2.5 hp HPE Cat mini-bike. Whenever I rode it, that tiny minibike became a Sportster and the dream of riding a Sportster of my own someday took root.When people ask me what got me into motorcycles so deeply — and into the Sportster in particular — it is easy for me to answer: Then Came Bronson. The independence and freedom Bronson had aboard that bike was what everybody dreams of at one time or another, and the Sportster’s seeming ability to do just about anything came out in the various episodes.Well, much as the Sportster has proven to be extremely versatile (we covered that a while back, read about it here), I’m not so sure a bone-stock Sportster could have won an enduro or a hillclimb, even against the crop of other bikes out in 1969.Admittedly, some of the story lines were pretty contrived or at least fairly quirky like the one where Bronson helps paint a barn — with what turns out to be a huge nude. Or the episode with James Whitmore involving what amounts to grudge match mountaineering. Then there’s the episode about a chance encounter with some sort of hippie cult enclave. Those shows would have benefitted from more air time devoted to motorcycle action shots and less spent on convoluted plots.Still, there were some episodes with thought-provoking writing, good acting and decent motorcycle action. Among them, an episode with Robert Hooks who Bronson assists on the roadside when Hooks’ hog breaks down – that episode looks at both race relations and racial profiling long before it was a hot media topic.There was also one that co-starred Eddie Little Sky and Buffy Sainte-Marie about an enduro race, with the unlikely outcome of Bronson and the Sportster winning the thing. Notwithstanding that, the episode reminded us that there was still a war in Vietnam and that Native Americans were serving in it — and there was some great motorcycle racing action in it.In one of the early episodes that was fun to watch, Keenan Wynn appeared as a former motorcycle racer who despite his pledge to his wife never to ride a motorcycle again, resurrects his Rudge Ulster racing bike after helping Bronson repair his bike. Mayhem ensues between Wynn’s character and his wife as well as on the bikes with Bronson as he decides he wants to join Bronson out on that long, lonesome highway.Perhaps the best story in the entire 26-episode series was entitled “The Forest Primeval.” Co-starring Gary Clarke as a Forest Service Ranger, this is the episode set in Big Sur National Park. Bronson misses a corner on a hillside dirt road and the bike flips spectacularly end over end down into a deep ravine.Bronson survives it with some minor dings and manages to repair the Harley well enough to ride. En route out of the deep ravine, Bronson gets in touch with nature and the episode finishes with a strong environmental protection message.With all the spills Bronson is shown having in the series, one might wonder if he did all of his own riding and stunts. In the December 13, 1969 issue of TV Guide magazine, Parks confirmed that he did his own riding in the “Bronson” series, but did not do the stunts; those were handled or coordinated by the late Bud Ekins.And, of course, there was the great closing theme for the show written by James Hedricks, which may be a better motorcyclist’s anthem than “Born to be Wild”:“Goin’ down that long, lonesome highway,
Bound for the mountains and the plains,
Sure ain’t nothin’ here gonna tie me
And I’ve got some friends I want to see again.
One of these days I’m gonna settle down,
But till I do, I won’t be hangin’ ‘round.”To experience “Then Came Bronson” again, it is available on DVD from Amazon.com.