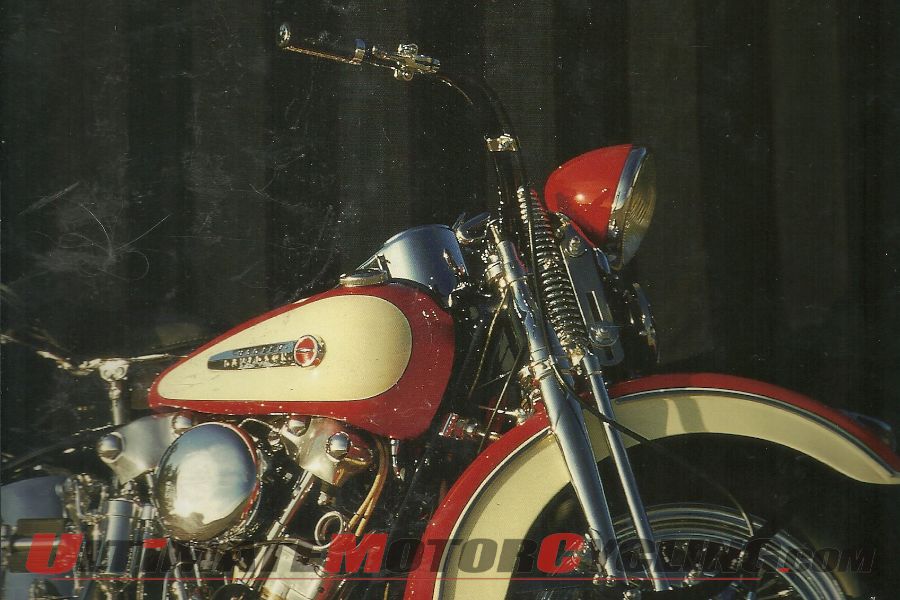 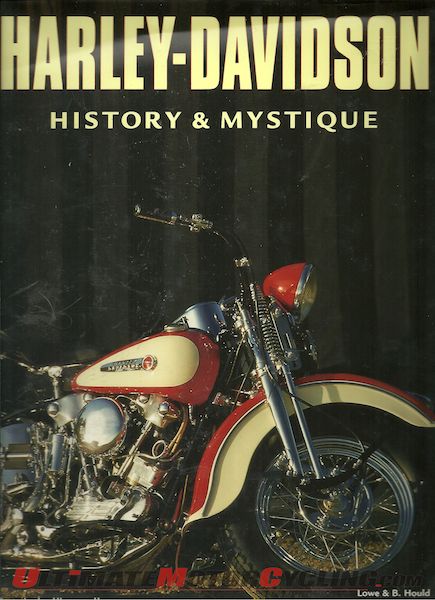 Motorcycle Library Retro ReviewUnlike most books I’ve read about Harley-Davidson, Randy Leffingwell’s “Harley-Davidson History & Mystique” eloquently explains the linkage between the sound of a Harley and its mystique.You know, that hold it has on its faithful and the way it reaches out and grabs casual observers — even non-bikers.“At idle, a Harley-Davidson is a cocky, arrogant thing. It stops conversation. It is rude, intrusive. It commands attention because it interrupts everything going on around it,” Leffingwell writes.“Only one thing sounds better than a Harley-Davidson at idle. That is a Harley-Davidson going somewhere. Approaching. Passing. Disappearing.“The sound that lives behind the rider’s ears, the sound assaulting pedestrians on any street corner, the drivers inside any car. That sound. The sound of idle made urgent and purposeful and businesslike.”It is writing like that that Leffingwell uses to lace together a narrative that is technically detailed, accurate and effective in a style that keeps you reading. This is not some dreary recitation of the oft-repeated history of the Motor Company.In its 192 large format pages (11 7/8” x 9”) on glossy paper, is not only great narrative that links key events in world and national history to the timeline of Harley-Davidson’s development, but 203 color images, some in full double-page spreads that are unique in the subjects and the way they are shot.There are, of course, images of the milestone bikes in Harley’s history; the Silent Gray Fellow of 1906, side-valve flathead V and VL twins of the early 1930s, the E and EL “knucklehead” models introduced in 1936, and modern classics like the 1970 SuperGlide and 1977 XLCR café racer.But there are some unique images of not-often featured bikes, for example the radically different—and advanced—Model W Sport Twin introduced in 1919 with its 35 cubic inch flat opposed longitudinally-mounted twin engine, enclosed final drive chain, engine/transmission unit construction and trailing link front suspension.Leffingwell makes no claim to be the source of the enormously detailed technical information he includes in the narrative.Instead, he credits the experts who supported him in the creation of the book, Jerry Hatfield, Allan Girdler, Harry V. Sucher, Stephen Wright and David Wright.He can take credit, however for putting together one of the best books on the iconic H-D brand written up to that time.Book DataNote to readers: many of the books that we’ll feature in Rider’s Library may be out of print and some may be difficult to find. That could be half the fun. The Internet should make the search relatively easy but ironically, none of the books currently scheduled for eventual retro-review for the Rider’s Library section were found with the help of the Internet. They all were found at book stores, used book stores, antique shops, motorcycle shops, yard sales and so on.