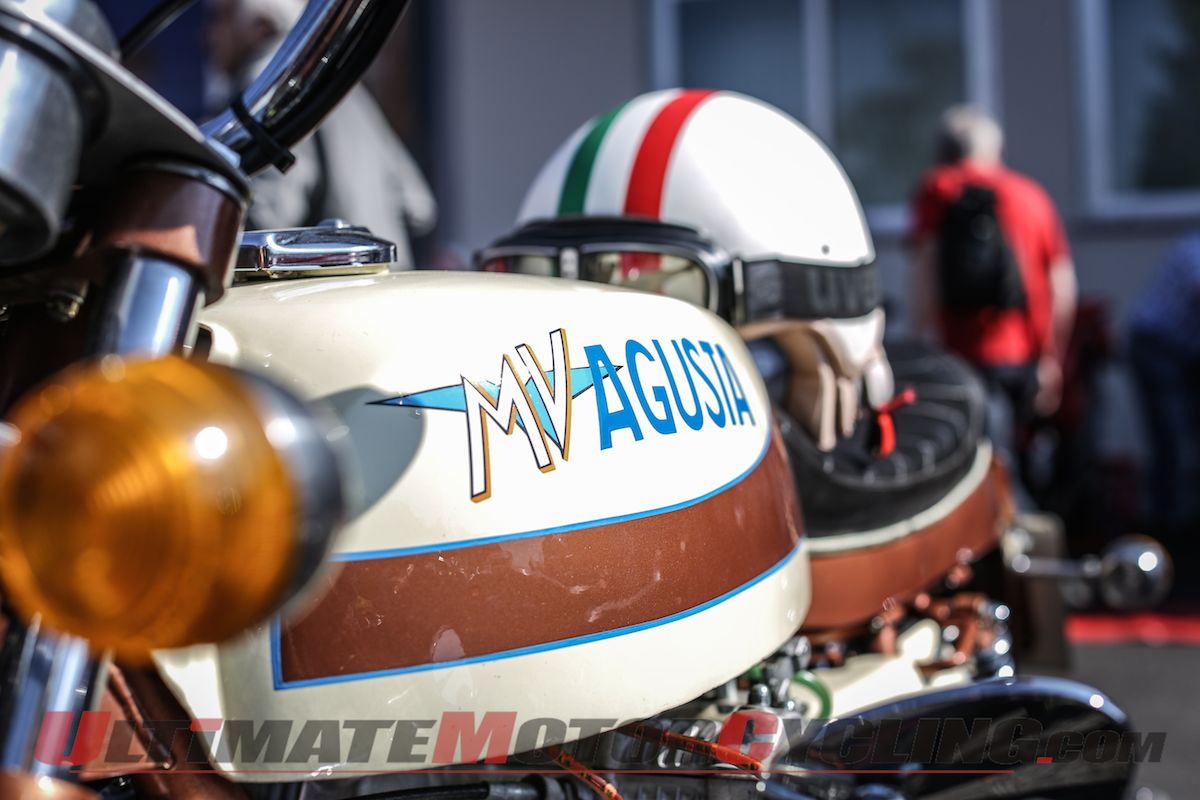 Gli Amici Di Claudio (Friends of Claudio) Photo Gallery / WallpaperSince inheriting the Cagiva Company in 1978 from his father, Claudio Castiglioni’s accomplishments have drastically shaped the motorcycle industry.Under Claudio’s leadership, the company immediately made an impact in Grand Prix racing, but it was the legendary manufacturers that Cagiva resurrected that solidified his legacy; modern icons like Ducati, Aermacchi, Husqvarna and MV Agusta would have never been the same without Claudio’s interference.The world lost Claudio Aug. 17, 2011, at a young 64-years old. Since then, many events have helped celebrate his legacy. The latest was “Gli Amici Di Claudio” (The Friends of Claudio), which was held this past Sunday, May 18, at Schiranna, Italy, the home of MV Agusta.Under pristine conditions, thousands of participants from all over the glove arrived – far more than the event’s organizer MV Agusta had expected. And these “Friends of Claudio” arrived on motorcycles that represent the Claudio legacy.We uploaded a photo gallery of images from the event, which is detailed below courtesy of MV Agusta:The event, organized by MV Agusta together with Motoclub Internazionale di Cascina Costa, Cagiva Club Lombardia and the Registro Storico Aermacchi, offered an unforgettable opportunity, in the factory courtyard, to admire the most beautiful Aermacchi, Cagiva and MV Agusta bikes ever built (plus Husqvarnas and Ducatis produced until 1996).An indoor area hosted the most illustrious racing and production models of yesteryear: unique models, special versions such as the F4 Senna and F4 Tamburini, fascinating prototypes, bikes that had enjoyed unparalleled success in the World GP and Superbike Championships.From Eddie Lawson’s Cagiva 500 to the Rivale on sale at MV Agusta dealerships, from the Elefant that dominated the deserts of the Paris-Dakar to the 3-cylinder F3 800 – every exciting chapter of an unforgettable story written in the ink of Claudio Castiglioni’s talent.The event was attended by two much-loved past champions with close ties to these brands, Giacomo Agostini and Marco Lucchinelli. Claudio Corti and Vladimir Leonov, together with Jules Cluzel, were also there to represent the MV Agusta Reparto Corse – Yakhnich Motorsport team and underline an ongoing commitment to racing that has already produced a historic win in the World Supersport Championship, 38 years on from that last victory achieved by Giacomo Agostini.Every corner on the ride-past route, set up along the roads near the factory, was humming with the evocative power of the past, the results of the present and the ambitions of the future. The motorcycle procession, led by MV Agusta’s President, Giovanni Castiglioni, attracted hundreds of participants, including plenty of foreigners, most from Germany, Switzerland, France, the UK and even as far away as USA and Australia.The day ended with two significant moments. First, there was the lottery draw: the proceeds went to the IEO (European Oncology Institute) while one lucky winner took home an MV Agusta Rivale 800, a unique one-off bike decorated with the President’s initials, CC. The second moment; a final heartfelt, roaring rev-up in memory of the late, great Claudio Castiglioni.For more on Claudio, visit our Claudio Castiglioni Bio.