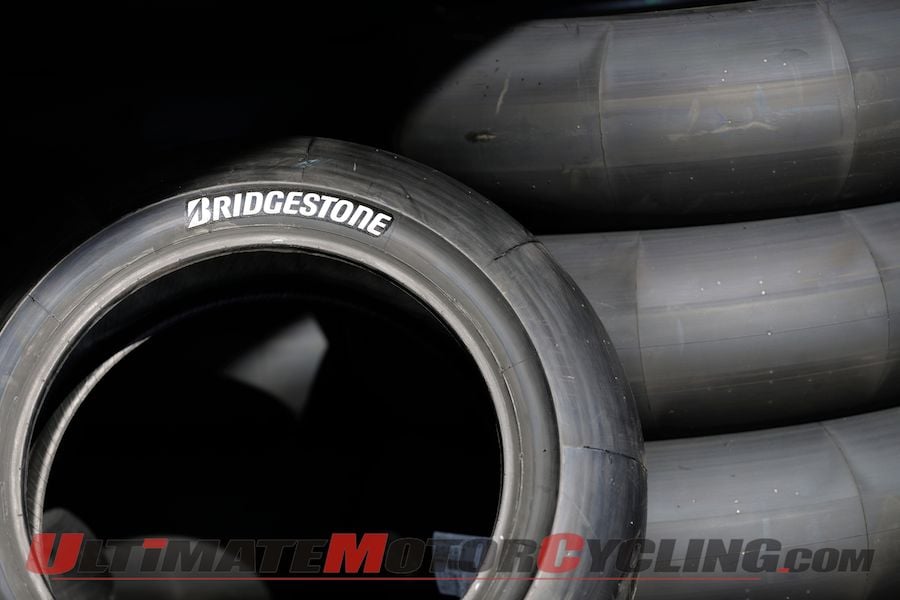 2014 Argentina MotoGP from Termas de Rio HondoThe 2014 MotoGP Championship headed this past weekend to South America for the first time since 1999. The 25-lap race occurred at the Termas de Rio Hondo, which achieved the second-quickest average speed in 2014 MotoGP due to its flowing layout and high grip surface.Winning the race – his third straight for a perfect 2014 record – was Repsol Honda’s Marc Marquez, who again used a Bridgestone hard front slick. He was joined on the podium by teammate Dani Pedrosa and Movistar Yamaha MotoGP’s Jorge Lorenzo.Bridgestone reports that track conditions changed significantly over the race weekend, with wind-blown sand creating a very abrasive, yet slippery surface on Friday. As the track surface saw more use, it improved every session and reached its peak condition for Sunday’s race.Following is a Q&A with Shinji Aoki, Manager, Bridgestone Motorsport Tire Development Department.Q. Aoki-san, Autódromo Termas de Río Hondo was a new addition to MotoGP in 2014, but how much did the test at the circuit last year help in your preparation.Shinja Aoki says: “For the test last year, the track was extremely dirty and the pace was much slower than we saw on the race weekend. However we were still able to assess which parts of the circuit were more severe, take tarmac samples and see how the behavior of the MotoGP machines on the track which helped us develop a good tire allocation for the race.“Also, although the track had a large amount of sand on it last year, it means we were prepared for similar conditions this year, especially in FP1. This is why we saw high rates of rear tire wear in the first session, and then a return to normal tire wear in the following sessions and the race.“This was the main reason we decided to make three options of front slick tire available to riders in Argentina, as we knew track conditions would change significantly between Friday and Sunday.”Q. All riders in the race used the harder of the two rear compound options available to them. Was this purely down to the severity of the circuit on tires, or were there other factors that lead to this identical tire choice?Shinja Aoiki says: “All our tire options for the Argentina Grand Prix were developed to handle the demands of the circuit, but the harder rear slicks offered more consistent performance over race distance.“I think this is why every rider chose this option. Also, as this is a new circuit the teams didn’t have any data on how their bikes would consume tires during a full race distance, so it made sense to choose a harder rear tire to ensure better durability. The weather also had some influence on the decision, if track temperatures were lower for the race than perhaps some of the Factory-class riders may have considered using the medium compound rear slick.“Many Factory and Open-class riders made their best lap time in the last few laps of the race. This means that both the medium and hard specification rear slick worked very well at this severe track for tires. We are happy about this result.”Q. Bridgestone supplied symmetric rear slicks for the Argentina Grand Prix, but usually asymmetric rear slicks are supplied at other circuits. Are there any other races this year where we will see symmetric rear tires?Shinja Aoki says: “The Argentina Grand Prix is the only event where we will supply symmetric rear slicks this year. For the Spanish Grand Prix at Jerez, previously we’ve always offered symmetric rear slicks but for this year we’ve developed new asymmetric rear slicks for this circuit.“Using asymmetric rear slicks you can really fine tune your compound hardness on each shoulder of the rear tyre to suit the characteristics of each circuit. For Autódromo Termas de Río Hondo we felt symmetric specifications would work best and judging by the performance of our tires in Argentina it was the correct decision.”Bridgestone slick compounds available:
Front: Soft, Medium & Hard; Rear: Soft, Medium & Hard (Symmetric)
Bridgestone wet tyre compounds available: Soft (Main) & Hard (Alternative)