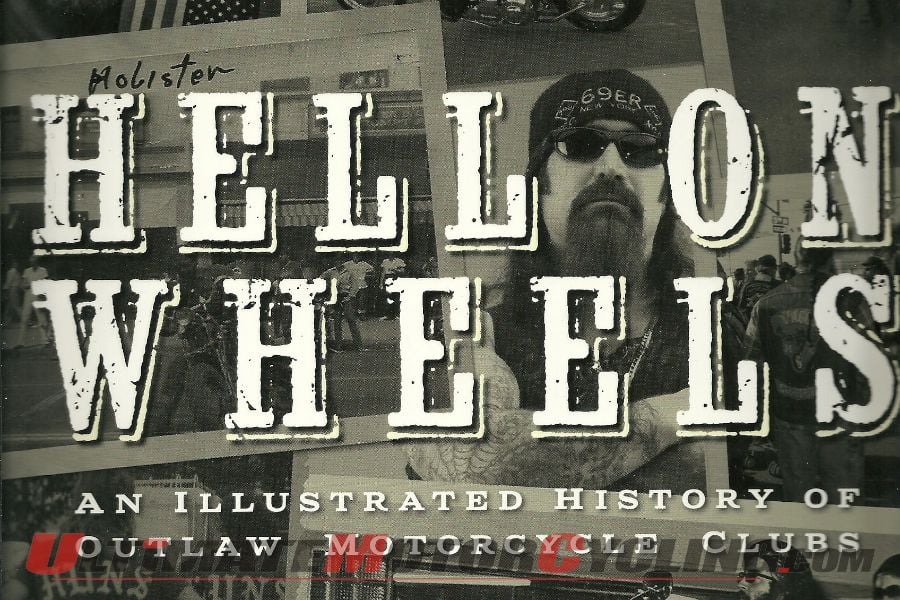 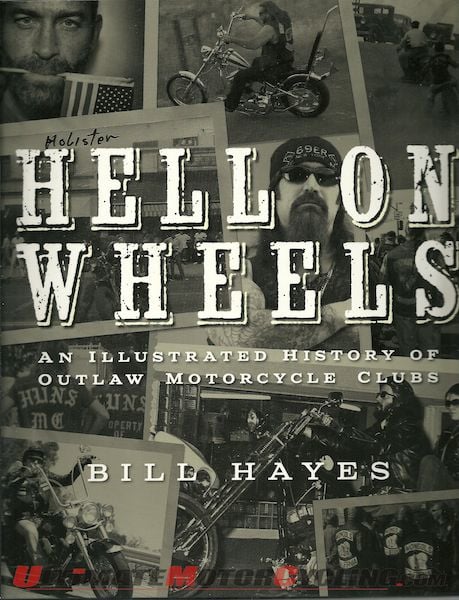 Motorcycle Library Retro ReviewLest you think Bill Hayes’ book “Hell on Wheels an Illustrated History of Outlaw Motorcycle Clubs” is a latter-day knock-off of Hunter S. Thompson’s “Hell’s Angels,” rest assured, it is not.Hayes’ book is different in some very important ways. First, Thompson came at the subject of outlaw motorcycle clubs from the perspective of an outsider looking in — he did not even own a motorcycle when he started doing his research.Hayes, on the other hand, had been a motorcyclist for many years in addition to an accomplished moto and martial arts author before he penned his book. Hayes is also the author of Terry the Tramp: the Life and Dangerous Times of a One Percenter and The One Percenter Encyclopedia.The other big difference is the format: Thompson’s book was entirely narrative, almost academic in its essay-like presentation — not enlivened by photographic or illustrative content of any kind. Hayes makes his subject leap off the page in a large format, Flexibound (softcover) book that is lavishly illustrated on nearly every one of its 192 pages; 467 illustrations in all.Taken together, these differences make Hayes not only a more credible author on the subject, it makes his book infinitely more engaging. All this takes nothing away from Thompson’s book, which was Thompson’s first major literary and commercial success, but it does point out that even though Hayes does quote Thompson’s work, he does not attempt to mimic it.Hayes takes an original and insightful tack that only someone who lives the motorcycle lifestyle can articulate.  The book stays true to its title as a history, yet it doesn’t get bogged down in chronological details or boring recitation of “this happened then.”Instead, it takes you along for the ride and lets you see some of the historic sights.
The research and experience reflected in the book cover key events in the history of outlaw motorcycle club culture from the very beginnings of genteel social motorcycle clubs around the turn of the last century to the evolution of more counter-social clubs. The latter was cast with beat-down victims of the Great Depression and on to the emergence of the counter-culture, hardscrabble outlaw clubs after World War II.Hayes explains it pretty succinctly: “World War I and the Depression may have gouged deep wounds into America, but in just six years a whole new kind of hell would open up.  And there, from the bottom of that pit, the motorcycle culture and an entirely new kind of connection to the machine would arise.”From there, the journey is laid out for the reader like a scrapbook — perhaps the best scrapbook — of the life and times of post-war-to-present-day motorcycle culture.  From the importance of belonging and brotherhood to the bikes, the club names and colors, their women, their key leaders and defining events and runs, Hayes puts it all on the page.  The sixties, the seventies, the bad press, the bad behavior, the law enforcement and politics as well as the continuing international growth and evolution of the clubs all get a look in this amazing book.Hayes takes care not to try to make the reader sympathize or rationalize or excuse anything about the outlaw motorcycle club culture; he explains it so the reader understands it in a truthful context:“Call them outlaws, one percenters, motorcycle enthusiasts, or whatever they prefer to be called, but anyone who has ever been a part of a true MC has experienced an identity that is unlike any other—both their own and one that is the bond with their brothers.  They know who, and what, they are.”Whether outlaw motorcycle clubs send a chill down your spine or make you want to ride with them, with Hayes’ book, you also will come away with a better understanding of who and what they are.Book Info: