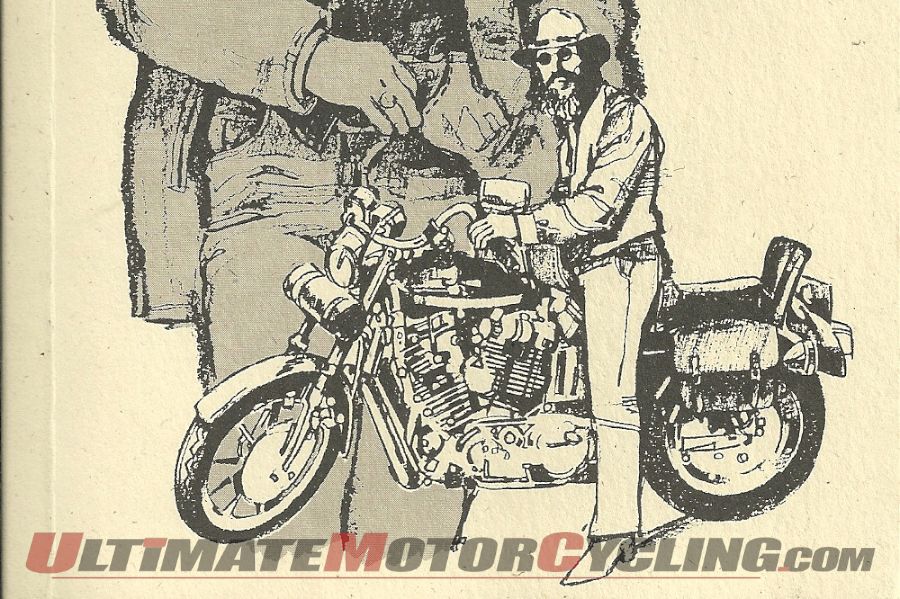 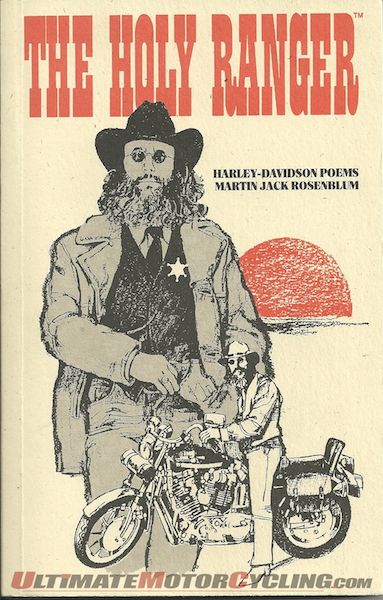 Motorcycle Library Retro ReviewWe can hear you now, “I like Harleys, but I won’t buy a book of poetry—not even one about Harley-Davidson poetry!”Well, same here. Until I ran across a small book in a junk shop by Martin Jack Rosenblum called The Holy Ranger—Harley-Davidson Poems. Like a sucker-punch in a bar fight, Rosenblum might change your attitude if you give him a shot.In just 83 pages, Rosenblum covers a lot of ground and shows the reader some aspects of poetry you probably never thought about.He has the chops to do it, too. He is not only a devoted H-D rider, he has earned a doctorate in Modern American Poetry and taught English at the University of Wisconsin-Milwaukee. He contributed to the creation of Willie G. Davidson’s definitive history “100 Years of Harley-Davidson,” and is credited as being Harley’s archivist in Doug Mitchel’s book, Harley-Davidson Chronicle.When he isn’t riding or writing, he studies martial arts, riffs on a Gibson ES-335 guitar, or stays sharp with a Colt revolver. Martin Jack Rosenblum is not the linen-hankie type you might envision a poet to be. He is an urban cowboy poet who rides the range on a Sportster.Rosenblum’s writing is not particularly lyrical, unless you count the rhythm of the road that resonates in some of his work. And it is not necessarily relaxing, reassuring or even nice—by design.That’s because while he takes us to some places we love to go, like hearing loons at dawn in northern Wisconsin; he also takes us to some places we’d rather not, like Khe Sanh in Vietnam with 6,000 Marines.The more you read of this small book, the more likely you are to find yourself with things in common with this uncommon poet. For me, his affinity for the Sportster was one such thing and here is one passage from the book on that:The Sportster Accessory
I sure like those Springers
& a Low Rider has always been
my idea of a real motorcycle,yet this 30th Anniversary Sportster
feels more like a quarter horse for
me with its vibrations instead of bucking:but one morning I came out to the garage
to find horseshit on the floor & would say
this is quite an official Harley accessorythat research & design got just right
for us who want things rustic & natural—
it’s the ideal XLH optionthat I’m sure will be
an Eagle Iron catalog
addition with less of   a stink to it but
just as much
of a pileBook Data:Note to readers: many of the books that we’ll feature here may be out of print and some may be difficult to find.  That could be half the fun.  The Internet should make the search relatively easy but ironically, none of the books currently scheduled for eventual retro-review for the Rider’s Library section were found with the help of the Internet.  They all were found at book stores, used book stores, antique shops, motorcycle shops, yard sales and so on.