Home Motorcycle Types Adventure / Dual-Sport Rally Race Results: Australasian Safari, Leg 1
Facebook
Twitter
Linkedin
Pinterest
Email
Print
WhatsApp
ReddIt
It was highlights and lowlights in Leg 1 of the Australasian Safari, with sand traps, tricky twisting navigation and rugged terrain in three stages in and around Northampton and Kalbarri in Western Australia.The first leg, sponsored by Britz, traveled through farm paddocks, along the edge of the Bowes River, into Yandi Station and across the Vermin Proof Fence, and into rough, rugged and rocky terrain on Coolcalalaya Station. Competitors crossed Murchison River and finished up at Mary Springs Station.Last year’s moto winner Jake Smith is likely to be out of contention, but will be back on the bike tomorrow. After winning the first and second stages, he had engine failure in the last stage requiring vehicle recovery. He reversed roles with his brother Todd, who was out in the first leg last year. It was a much better day for Queensland Yamaha dealer Rod Faggotter, who worked his way to the top by the end of the Leg.Faggotter said he had a good day and a smooth run. “The first stage was heavy sand making the bike work hard,” according to Faggotter. “For me today was about getting through it and not pushing too hard. My goal was to ride smoothly and not crash.”Todd Smith finished the Leg in second place and, despite a slow start, he finished well. “The first stage was really sandy and soft and the front wheel sunk,” Smith said. “I came off and it took me a little while to get my flow back. Later on I had to slow down for some sheep but the rest of the ride was smooth.”Warren Strange, riding an Aprilia RXV550, was lucky to finish and even luckier to place eighth at the end of the Leg. “In the first stage I had fuel running down my leg from a faulty fitting on the front fuel tank,” Strange explained. “I had to stop and siphon it from the front to the back fuel tank. Then in the third stage I had to get towed. I owe Ivan (Erceg) a carton. He towed me and I hung on to his Camelback. Then on top of it all I also had a failure with the starter motor. I couldn’t stall and had to keep going, otherwise I wouldn’t have been able to start again.”It was a tough day for each of the old bikes in the first stage, with Chris Hse’s 1983 BMW R65 stopping in the stage, Jiri Vasatko from the Czech Repuplic’s 1985 Honda XL600LM getting stuck in beach sand, and Luc Michellys from France’s 1983 Honda XL600 also caught in beach sand, requiring recovery.Tomorrow competitors will tackle two long stages of 147 km and 288 km, heading to Gascoyne Junction.The Australasian Safari is a seven-day endurance race that sees competitors travel mainly off-road tracks through the outback of Western Australia. The event is known as one of the toughest and most challenging motorsport events in the world. This year’s course is approximately 3200 km through Western Australia.Leg 1 Results – Top 10Moto
Rodney Faggotter 02:57:58
Todd Smith 02:58:34
Matt Fish 03:02:30
Shane Diener 03:05:04
Lee Stephens 03:06:26
Vernon Strange 03:06:33
Russell Scoble 03:11:15
Warren Strange 03:11:21
Alister McRae 03:11:56
Ivan Erceg 03:15:42 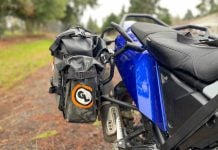 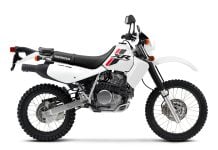