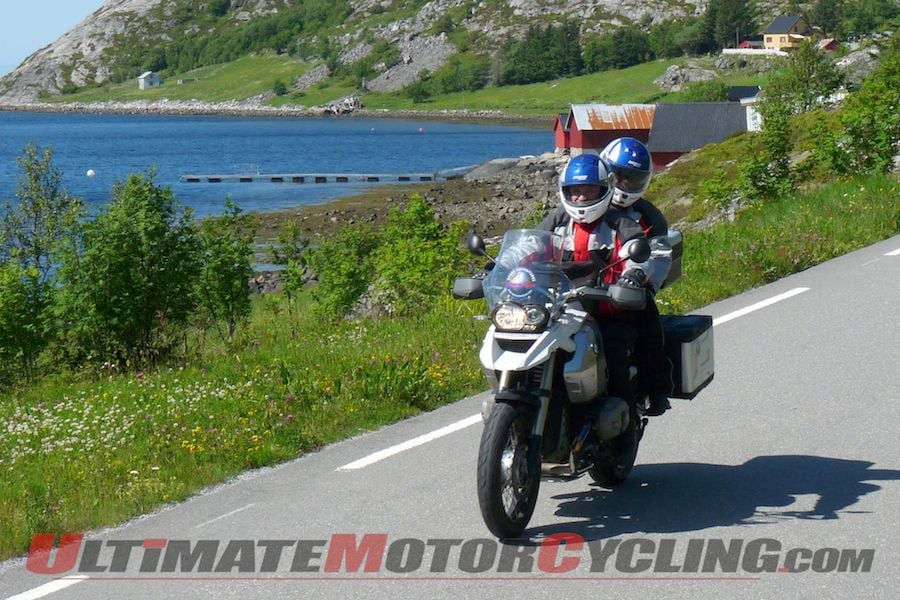 Traveling Norway via MotorcycleBoasting the fourth-highest per capita GDP in the world thanks to prolific exports of natural gas, oil, fish, and arms, Norway is a wealthy country that appeals to motorcyclists looking for a safe and welcoming vacation destination.Certainly, it doesn’t hurt that Norway is the land of fjords and islands, making the coastal routes a source of a staggering number of captivating views and absorbing rides.Given the high latitude of this Scandinavian country, one is likely to never see the sun set during waking hours during the riding season. What riders will see is rocky terrain – mostly granite – and huge forests. Clean and inviting, Norway ranks third worldwide in the Environmental Performance Index by the World Economic Forum.Visitors to Norway can expect to find seafood on many menus – salmon, herring, trout and codfish are all locally sourced. If you need a break from fish, pinnekjott is a traditional Norwegian dish that features lamb or mutton cured in brine or sea salt. Norway may be in Europe, but its geographically extreme location means it has developed an unusual indigenous cuisine.If you’re looking for something truly unusual, the Laerdal Tunnel awaits. Drilled over 15 miles through the mountains, it is the longest road tunnel in the world, and helps link Norway’s two largest cities – Oslo and Bergen. Inside, there are three large caverns where people can stop during the 20-minute ride, in case they become bored or claustrophobic. Fans keep the air fresh in the tunnel, and your radio and cell phone work thanks to integrated wiring.Matching the affluence of Norway, Ayers Adventures offers a premium-class 16-day Norwegian Midnight Sun guided tour that begins in the cosmopolitan capital of Oslo, heads 300 miles north of the Arctic Circle to the North Caps, and ends in Tromso.All the roads are nicely paved, with BMW GS, RT, and GT motorcycles being the choice of Ayers Adventures, which is an Official Travel Partner of BMW Motorrad. The longest ride day runs about 325 miles, and the entire trip is nearly 2700 miles, with two off-days.Along the way, you will see the Geiranger Fjord, reputed to be the World’s Most Beautiful Fjord. At the northern Vesteralen Islands, a whale safari is optional.Despite the remote nature of the ride, three- and four-star hotels greet the riders each night.Story from Ultimate MotorCycling’s Special Travel Edition