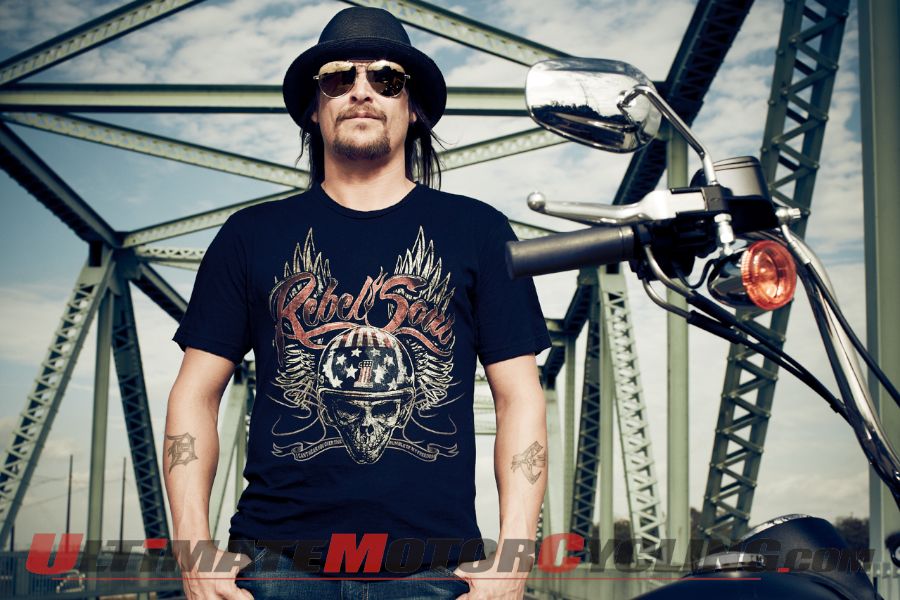 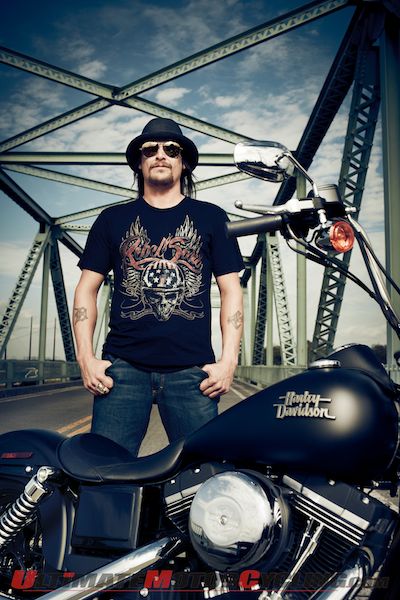 Harley-Davidson and Kid Rock CollaborationHarley-Davidson has ignited something entirely new for 2013, the year Harley turns 110 years old.The Motor Company has teamed up with “American Badass” musician Kid Rock to launch the first-of-its kind collaboration during H-D’s 110th Anniversary. The partnership will bring a Harley presence during Kid Rock’s Rebel Soul Tour, a co-branded clothing line, and promotions, including a customized Harley giveaway.Kid Rock says: “What’s not to love about Harley? They are the backbone of American culture, the flagship American brand. I am honored and excited to partner with this legendary icon that has helped to define American freedom at home and abroad. In 110 years no one has done a better job of representing America – there is NOTHING that screams America like Harley-Davidson.”As part of the deal, Harley will be the title sponsor of Kid Rock’s Rebel Soul Tour, which begins Feb. 2, 2013, in Kansas City.Harley says it “plans to offer fans unique experiences at each of the 60 planned stops during the Rebel Soul tour. The tour sponsorship is just one aspect of the overarching relationship, which will extend from concerts to retail promotions.”And the final stop of this 60-show tour will be Saturday Aug. 31, 2013, in Milwaukee, Harley’s hometown. Kid Rock is set to play Marcus Amphitheater, which is located on the south end of Milwaukee’s Henry Maier Festival Park (Summerfest Grounds).Harley says: “Fans who purchase 110th Anniversary ticket packages – currently available at ticketmaster.com – will have an opportunity to purchase tickets for Kid Rock’s 110th Anniversary performance before they go on public sale later this spring.  Kid Rock is one of three headliners Harley-Davidson plans to announce for the 110th Anniversary Celebration in Milwaukee – the other entertainment will be announced later this spring.”The partnership also features the first-ever co-branded, limited-edition merchandise, rightly called “Rebel Soul.” This lineup features a phrase coined by Kid Rock: “I can’t hear you over the rumble of my freedom.”The Rebel Soul merchandise will be available at all shows on the tour, and also at participating Harley-Davidson dealers.And during the shows, some special promotions will be in place. At ever show during the Rebel Soul Tour, one winner will have a chance to join Kid Rock and his band on stage. To register, fans only need to find the Harley-Davidson display area at each venue.Harley is also offering a national promotion that will award one fan a factory-customized Harley-Davidson motorcycle, and the opportunity to rock with Kid Rock at the Milwaukee show Aug. 31. Fans can enter to win the national promotion at www.h-d.com/kidrock beginning Feb. 2. The winner’s VIP trip to the 110th Anniversary will also include a meet-and-greet and photo shoot with Kid Rock.Mark-Hans Richer (Harley-Davidson Chief Marketing Officer) says: “Kid Rock puts on a great show and embodies a lot of what Harley-Davidson and our fans stand for – freedom, independence, self-expression and the rebel spirit. We’re excited to take an unprecedented ride with him during the Rebel Soul tour.”Harley-Davidson plans to announce ticket sales information for the Kid Rock performance in Milwaukee in the coming weeks, along with additional details related to the 110th Anniversary.  Event dates and tickets for Kid Rock’s Rebel Soul concert tour are available at ticketmaster.com.