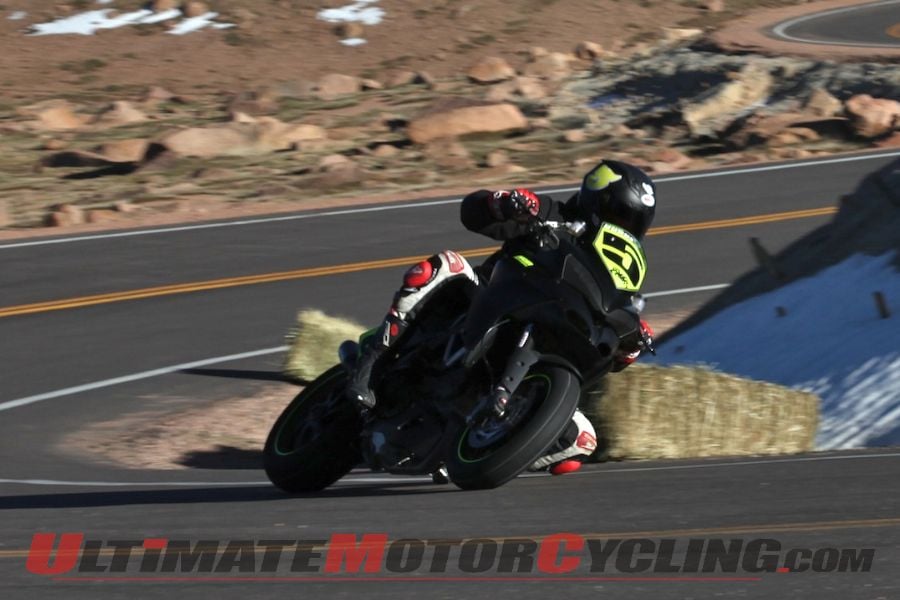 2012 Pikes Peak International Hill ClimbIn the 2011 edition of the Pikes Peak International Hill Climb, Carlin Dunne not only won the 1205cc class aboard a Ducati Multistrada 1200, he also set the all-time motorcycle record.And for 2012, Dunne will return to the 90th edition of "The Race to the Clouds" on July 8, competing on the Ducati Multistrada 1200 with sponsorship once again arrive from Spider Grips.Joining Dunne once again will be another notorious name with Pikes Peak – six-time winner Greg Tracy. For an inside look into this unique race, Ducati produced the above video – Pikes Peak International Hill Climb 2011- The Ducati Story. Following’s a breakdown of each rider’s stats:Ducati says it invites all adventure seeking race enthusiasts to take part in the 2012 PPIHC effort by joining the team in Colorado this July for a Multistrada gathering, beautiful riding in the Rockies and attending this spectacular race.