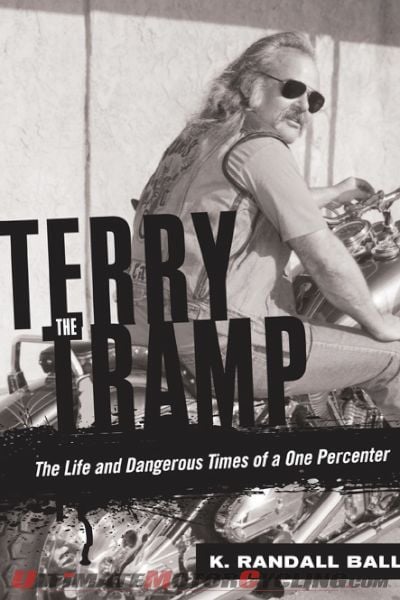 Motorcycle Gang BooksOver 50 years ago, the term one percenter was coined by the AMA who said that 99 percent of motorcycle enthusiasts are good law-abiding citizens, which leaves one percent.That one percent made is up of motorcycle clubs such as the Hells Angels that were full of outlaws, hardened criminals, ex-cons, murderers, drug dealers and some bikers who sought out brotherhood.“Terry the Tramp: The Life and Dangerous Times of a One Percenter” takes you into the back alleys, biker bars, secret hideouts and the back room deals of the one percenter lifestyle. Terry “the Tramp” Orendorff was the notorious leader of the one percenters, becoming the International President of the Vagos Motorcycle Club for 26 years.Terry the Tramp takes you through Terry’s childhood from a broken home with an absentee father, where his mother struggled to bring him up in poverty. Terry got most of his education on the streets of Alhambra, Calif., where he developed a vicious chip on his should for having the terrible luck of being born on the wrong side of the tracks.He learned the lessons of the street well and they took him all the way to the top leadership position of the national Vagos Motorcycle Gang. He controlled one of the most violent, extremely powerful group of outlaws and hardened criminals in motorcycle history for two-and-a-half decades.Not satisfied with being confined to Los Angeles, Terry expanded the power and influence of Vagos into Wyoming, Hawaii, Oregon, Nevada and Japan. He guided his brothers through the pot smoke of the hippie era, the needless violence precipitated by the use of reds in the ’70s and the gangster era of cocaine and speed in the ’80s.Terry managed Vagos through turbulent and deadly club wars with other clubs. The Vagos Club itself was rife with internal conflict as various members vied for more power, violated honor codes and reacted with horrific acts of retribution and revenge.After 42 years of loyal allegiance to Vagos and his brotherhood, that same brotherhood staged a coup and Terry was ousted from his role as President. Ironically, Terry was also brought up on charges and jailed, not for his involvement and activity of as the International President of the Vagos, but for a white-collar crime.Each page of “Terry the Tramp: The Life and Dangerous Times of a One Percenter” takes the reader on the ride of his life, on a rough ride through the dark and seedy side of biker history – the characters, the bikes, the women and the men who lived the story and those who died trying. This is the ultimate look inside the life of the one percenter.Author, Keith “Bandit” Randall Ball, was the founding editor of Easy Rider Magazine and has been publishing motorcycle magazines for 40 years. He currently publishes Bikernet.com, the most popular biker magazine on the Internet. Ball has written four motorcycle novels and two nonfiction motorcycle books to date. Ball is a former member of a 1% Motorcycle Club in good standing.