Home Motorcycle Types Cruiser 1903 Harley-Davidson | Serial Number 1
Facebook
Twitter
Linkedin
Pinterest
Email
Print
WhatsApp
ReddIt
H-D Motorcycle HistoryHarley-Davidson Serial Number One, which currently resides in the H-D lobby at Juneau Avenue, dates to the 1903-04 era. Company founders built at least one prototype before it and, of course, production machines after it that differed both in the power of the engine and in general configuration.Meticulous research by H-D Archives staff and external experts proved that Harley-Davidson Serial Number One was built without fenders and used in competition, probably to illustrate the power and reliability of the motor. After all, as the company name implied, Harley-Davidson Motor Company sold motors as well as motorcycles. 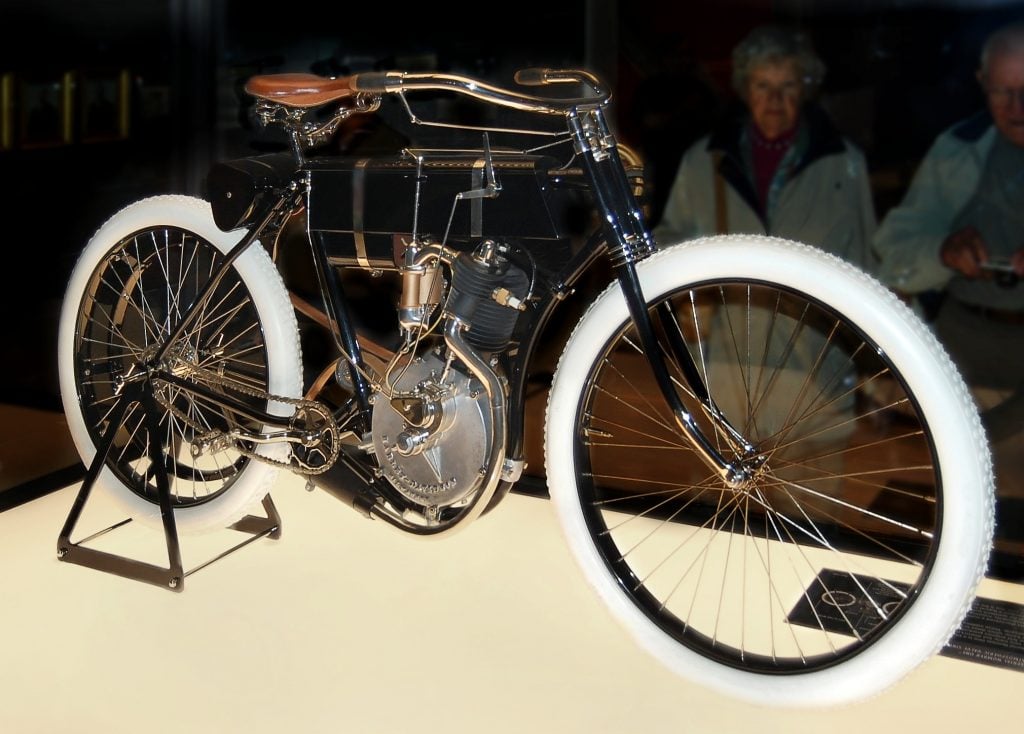