The 2023 World Supercross Championship Schedule has been revealed. It expands on the two-round 2022 inaugural championship series that ended with Ken Roczen taking the title. All of the dates are locked in, though the location of the Asian Grand Prix has yet to be announced. The series starts with two rounds in July and then returns in the Fall for the four remaining races. 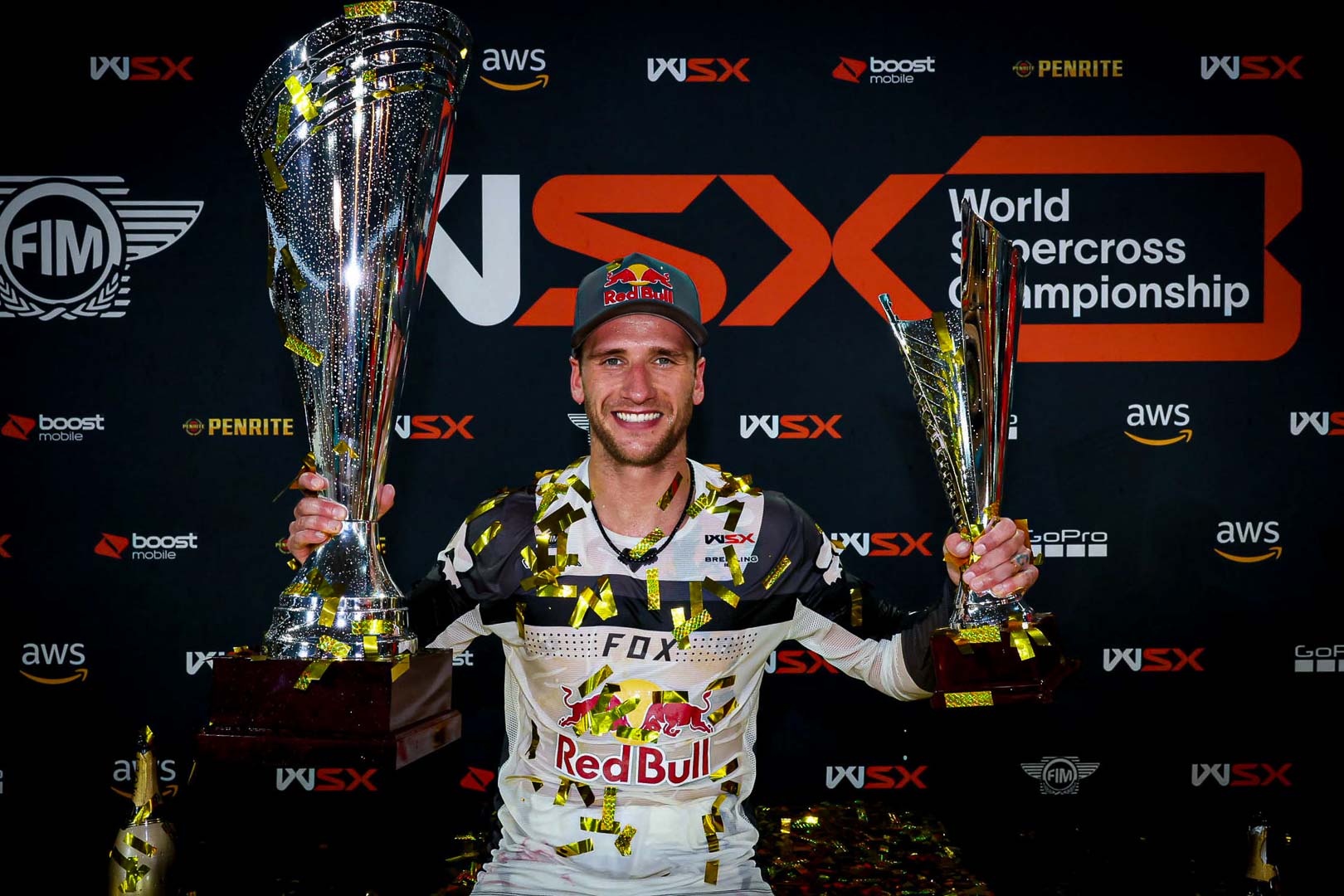 The big question is who will compete in the 2023 FIM World Supercross Championship Series. Although Roczen took the 2022 title, he did not compete against the top supercross riders in the world—Joey Savatgy and Vince Friese went 2-3 in the series. 2022 Monster Energy Supercross Champion Eli Tomac rode the first 2022 round and beat Roczen, but Tomac did not return for the second WSX round. Certainly, the newly minted AMA-sanctioned, US-based, year-long SuperMotocross World Championship promoted by Feld Motor Sports and MX Sports Pro Racing will lock up most of the best riders.Regardless, SX Global CEO Adam Baily remains upbeat:It’s incredibly gratifying to see our vision for a truly global supercross championship steadily coming to fruition. Our goals, while ambitious, are clear to elevate supercross to a global audience through a truly international calendar of events, visit diverse destinations that have well-established and passionate fan bases, and visit new regions where supercross can grow and flourish. We believe the 2023 schedule delivers on these promises, yet it’s only the tip of the spear. We have so much more room for growth in regions across the globe that are hungry to witness this incredible spectacle, firsthand. We are only scratching the surface of our long-term plan for WSX. Our pilot season was designed to test what is possible and prove that the sport of supercross has strong demand from fans in previously underserved countries across the world. The incredible fan response and attendance for events in Cardiff and Melbourne reinforced that our instincts were indeed correct, and we are now powered by strong momentum and interest from cities, promoters, broadcasters, and sponsors, all wanting to be part of the new global championship. We are excited to continue to showcase this incredible sport to fans across the globe.