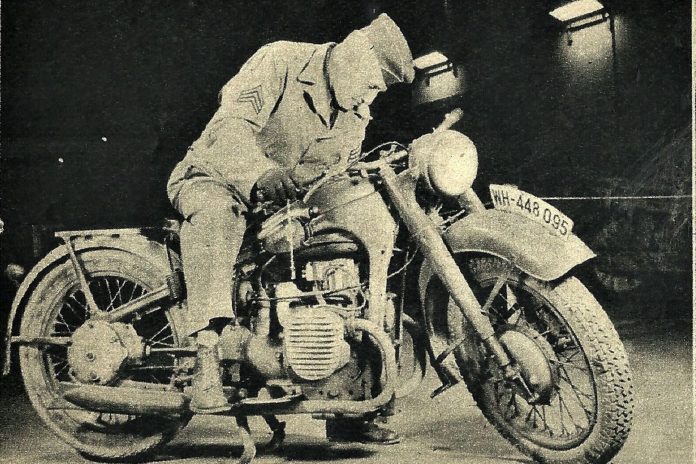 What they said about them may surprise you.Eighty years ago, the United States was plunged into World War II by the Japanese attack on Pearl Harbor. Nine days later, Germany and Italy declared war on the U.S. The U.S. had to swing with both fists, fighting fascism across both the Pacific and the Atlantic.Throughout the war, learning how the weapons and equipment used by the country’s adversaries worked was a key intelligence-gathering mission.In the January 23, 1944 issue of Yank magazine, a surprisingly revealing article by Sgt. Mack Morriss and Sgt. Ralph Stein, who were Yank Staff Correspondents pulls back the curtain on the military’s research on enemy weapons and vehicles.The work was done at the Aberdeen Ordinance Research Center in Aberdeen, MD in the Foreign Material Unit.The article revealed work done to reverse engineer Nazi tanks including the PzKW IV Tiger (Panzer Kampfwagen meaning “armored battlewagon”), PzKW III and II), half-tracks and personnel carriers as well as the Japanese model 1935 light tank. The article also had images of BMW motorcycles included among the captured Reich hardware being given the once-over.One was a BMW R12, which was powered by a side-valve 750cc boxer engine packaged in a hard-tail frame, which, according to brand expert and historian, Ian Falloon was one of the Wehrmacht’s favorites.The other is a sidecar rig that is most likely a BMW R75, which Falloon reports saw a lot of action in North Africa in Hitler’s Afrikakorps. The example photographed for the Yank article had the Afrikakorps insignia painted on the top of the sidecar’s hood.Indeed, all the specimens of German hardware being investigated at the time of the article were likely to have been harvested in North Africa since the D-Day invasion of France didn’t happen until June 6, 1944.Here’s what the caption to the motorcycle images says:“The Nazi BMW motorcycle has an opposed horizontal twin engine, driving the rear wheel by a shaft instead of a chain. Unlike most European models it has a hand gear shift similar to conventional U.S. models. A side-car version of the BMW (Bayerische Motoren Werke) which has a unique motorcycle feature—a reverse gear. Unlike American models it has a hand clutch. This is as good as any motorcycle in the world.”It was that last sentence that caught my eye—“This is as good as any motorcycle in the world.” To get that kind of praise from skilled examiners in the midst of a war where anything from the enemy would be likely to get a very unsympathetic review is remarkable. The article goes on to describe the BMW motorcycles as “rugged” in construction.Some of the equipment arrived at Aberdeen in pieces—and with pieces missing. One of the headaches the technicians faced in trying to reconstruct the vehicles was the use of metric fasteners. The article relates how many parts could only be reassembled completely by drilling out the fastener threaded holes and re-tapping them for SAE threaded fasteners.The article tells of the technicians finding that the German design and manufacturing uses very high standards of quality in essential components such as the on-board weapons, engines, driveline, and suspension but that less-essential aspects such as bodywork and interior components appeared cheaply made. Such were the economies of war.