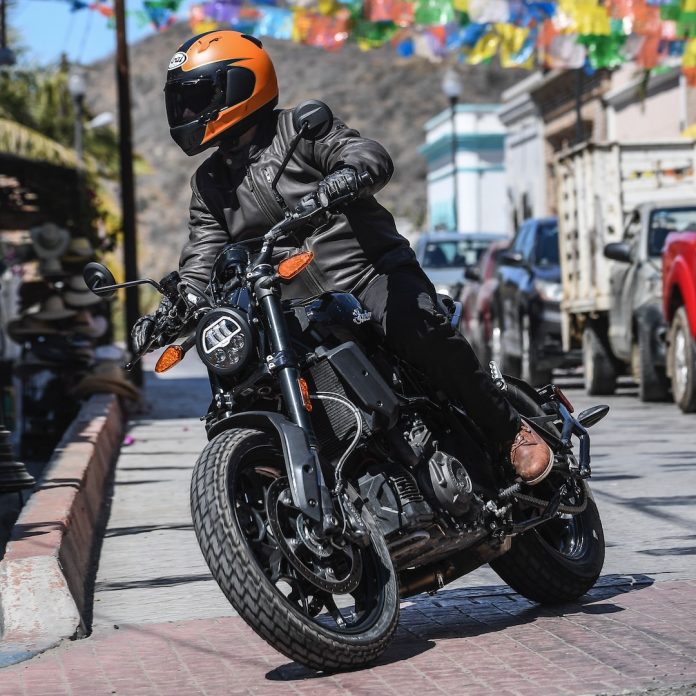 Vintage-themed gear is all the rage in the motorcycling world now, but few brands tastefully pull off the classic aesthetic without leaving a sour aftertaste. Luckily, the Alpinestars Crazy Eight leather jacket ticks all the right boxes.Constructed out of supple full-grain leather, the Alpinestars Crazy Eight jacket is genuinely one of the plushest, luxurious leather jackets currently in my stable. The jacket has its fair share of miles out on the road and has been one of the most pliable and agreeable leather garments. Even after some time in the sun, the Crazy Eight has retained those qualities. While it didn’t require any breaking-in, the jacket has only become comfier, though now seasoned with sweat, bugs, and the like. 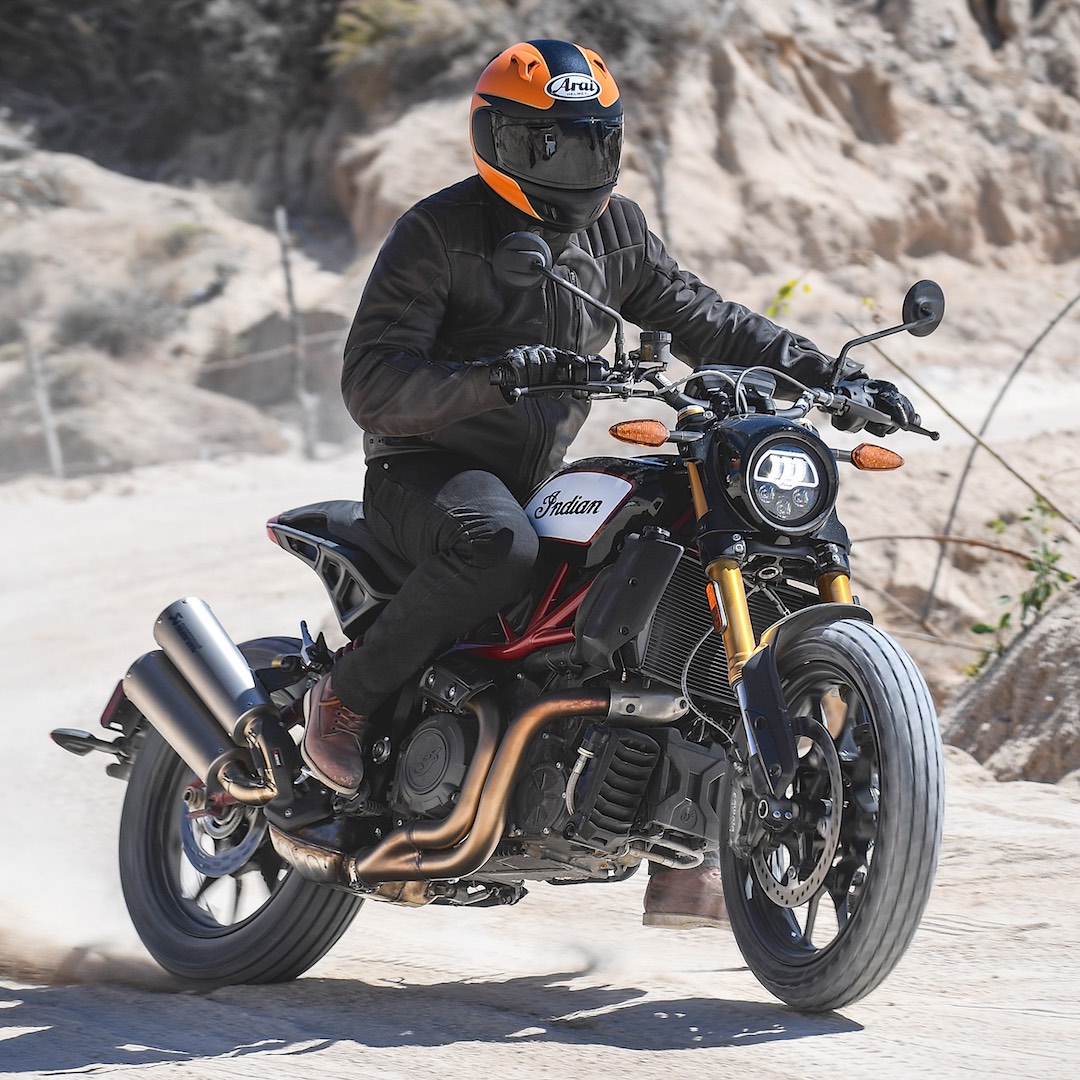 Featuring a slightly more tailored cut, the Crazy Eight has several vital additions that many riders appreciate. The lower back flap is extended for greater protection, making this jacket a good option for lankier riders who have difficulty finding pieces of kit that don’t expose their midriff or, worse yet, embarrassingly reveal a little too much skin to the riders behind them.Pre-curved arms are always appreciated on riding jackets and even when on bikes with a more aggressive posture, the Crazy Eight doesn’t feel out of place. Additionally, the jacket has loops to secure it down and in place, as it is meant to be paired with Alpinestars Pro Denim jean, but they’ll mate with most riding pants well enough. The Alpinestars Crazy Eight ensures further protection from the elements, whether that be wind, rain, or whatever else you might face.Helping the mobility cause along are the neoprene armpits, which allow you to move around on the bike and are the sole area of airflow for the jacket; there is no perforation in the leather, nor are there vents. Having worn the Crazy Eight during its maiden voyage while testing the 2019 Indian FTR1200 S on the soul-crushingly hot Baja Peninsula, I have to say it fared well in warm weather, and has done quite well in colder temperatures. 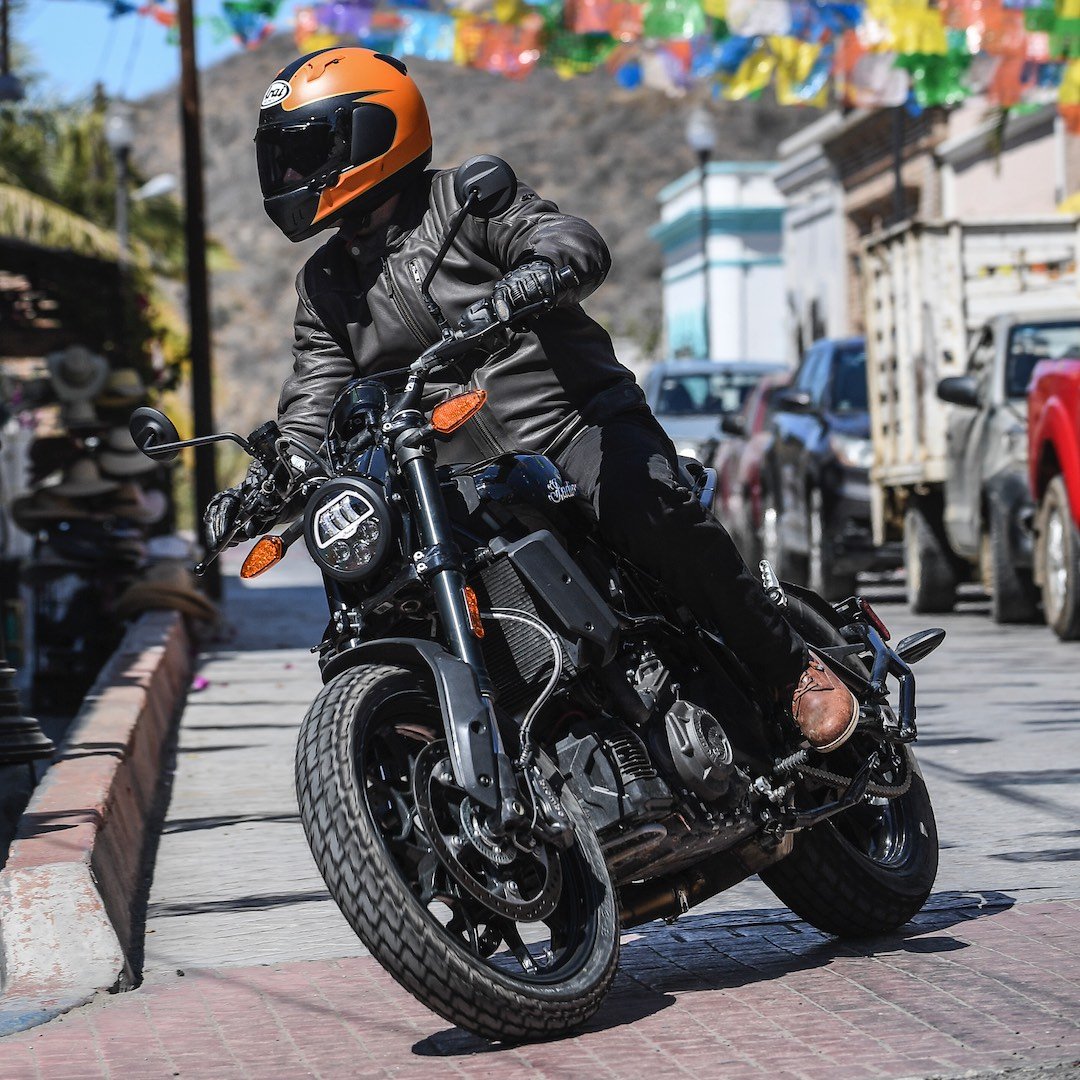 The crafty designers at Alpinestars did think of riders that don’t blink an eye when the temperatures drop towards the frigid side. Inside the Crazy Eight is a removable flannel liner that has two convenient Velcro-secured pockets. On several chilly evening rides, I was more than glad to have that zipped up in the jacket, and the liner adds a bit of comfort.Other notable creature comforts come in the form of a perforated and padded neck roll to relieve chafing; an old-school button-snap secures it. The wrists feature the same stylish button-snaps. Rounding out the button-snap situation are the hip adjusters, which allow you to snug up the waist.Storage isn’t an issue on the Alpinestars Crazy Eight motorcycle jacket; there’s plenty of it, which is rare for deceptively simplistic, vintage-themed pieces of gear. Externally, there are three pockets—two hand pockets, plus one on the breast. Though these pockets are not waterproof, the larger hand pockets are great for stashing more significant items, while the breast pocket is smaller in size. Internally, there are two net pockets and one waterproof pocket that accommodates a smartphone. 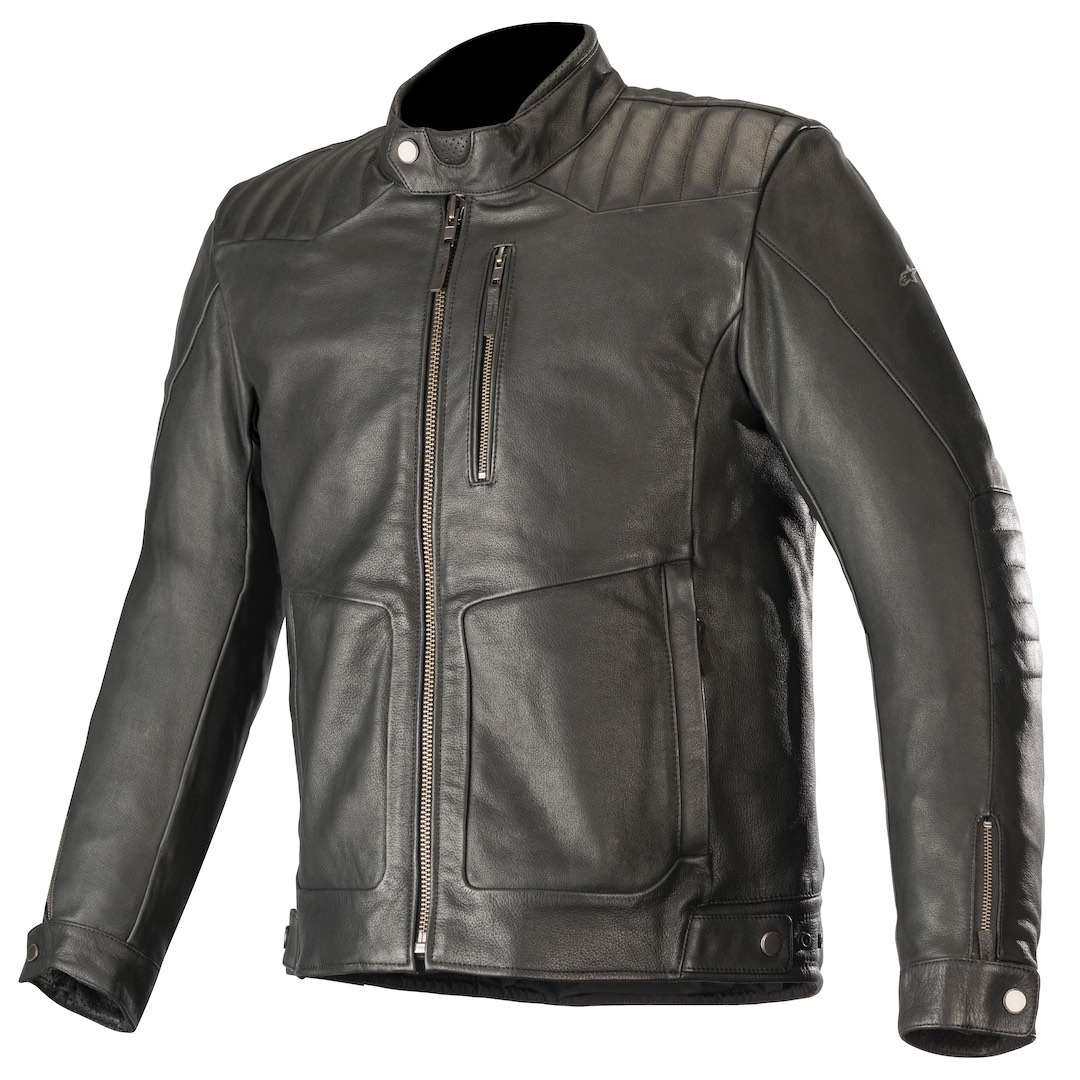 Full-grain leather handles abrasion protection, though that isn’t the only thing motorcyclists need out of a jacket. The Crazy Eight jacket comes equipped with Level 1 CE rated armor in the shoulders and elbows while leaving back protection and chest protection as options available from Alpinestars. CE back protection should be standard, though I do have to commend Alpinestars for the addition of chest protection slots, which are typically not available on jackets of this style.Style and taste are subjective, but one of my favorite aspects of this jacket is its understated charm. It has the vibe of a coat that has bounced through the limbs of the family tree, landing in the appreciative arms of the next generation with many of the modern amenities that we’ve come to demand as consumers. I find it to be a particularly dashing piece of gear, and I think other riders will enjoy the lack of excessive branding that detracts from jackets of this style. The only distinct form of branding is on the subtle metal Alpinestars logo on the left arm.There’s a lot to like in the Crazy Eight, especially when we consider that amount of storage, functionality, and protection options available—there’s even a matching Crazy Eight glove. For those reasons alone, I’d put the Alpinestars Crazy Eight jacket on my shortlist for style-conscious riders who find themselves behind the bars of cruisers, café racers, scramblers, bobbers, and anything with a vintage theme.Alpinestars Crazy Eight Jacket Fast Facts
Sizes: S–3XL
Colors: Black; Tobacco Brown
Alpinestars Crazy Eight Jacket Price: $400 MSRPGet the Gear You See Here at MotoSport.Com!