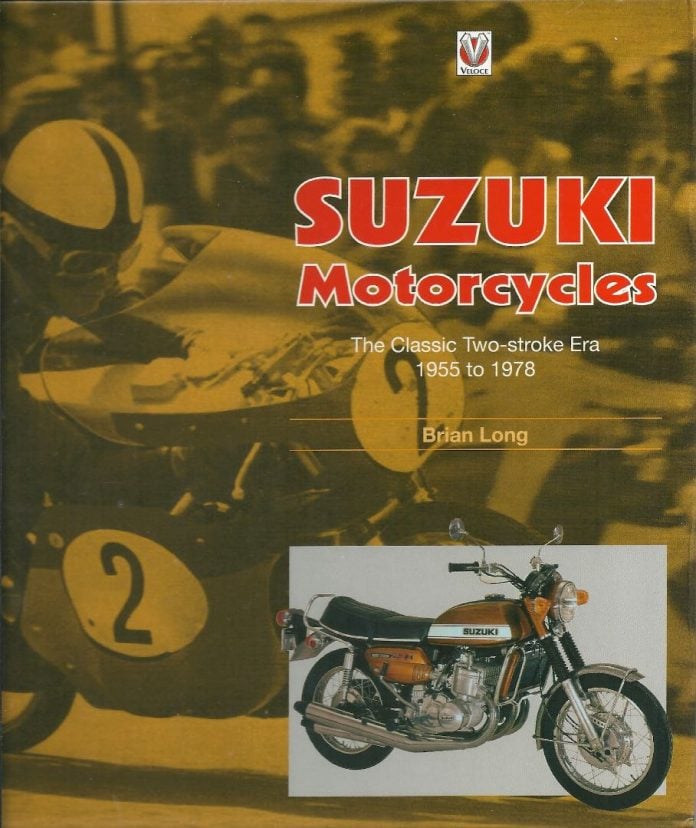 In the latest of his more than 80 books, Suzuki Motorcycles: The Classic Two-stroke Era 1955 to 1978, author Brian Long teaches us some things most of us—even ardent Suzuki fans—probably never knew about the brand.Indeed, he lives in Japan and had the full-on cooperation of the Suzuki factory and its archives to tell the story of one of the brand’s most defining periods.To be sure Long begins at the company’s earliest days in 1909, when Michio Suzuki began his company’s long history manufacturing looms for making textiles, not motorcycles, in Hamamatsu. 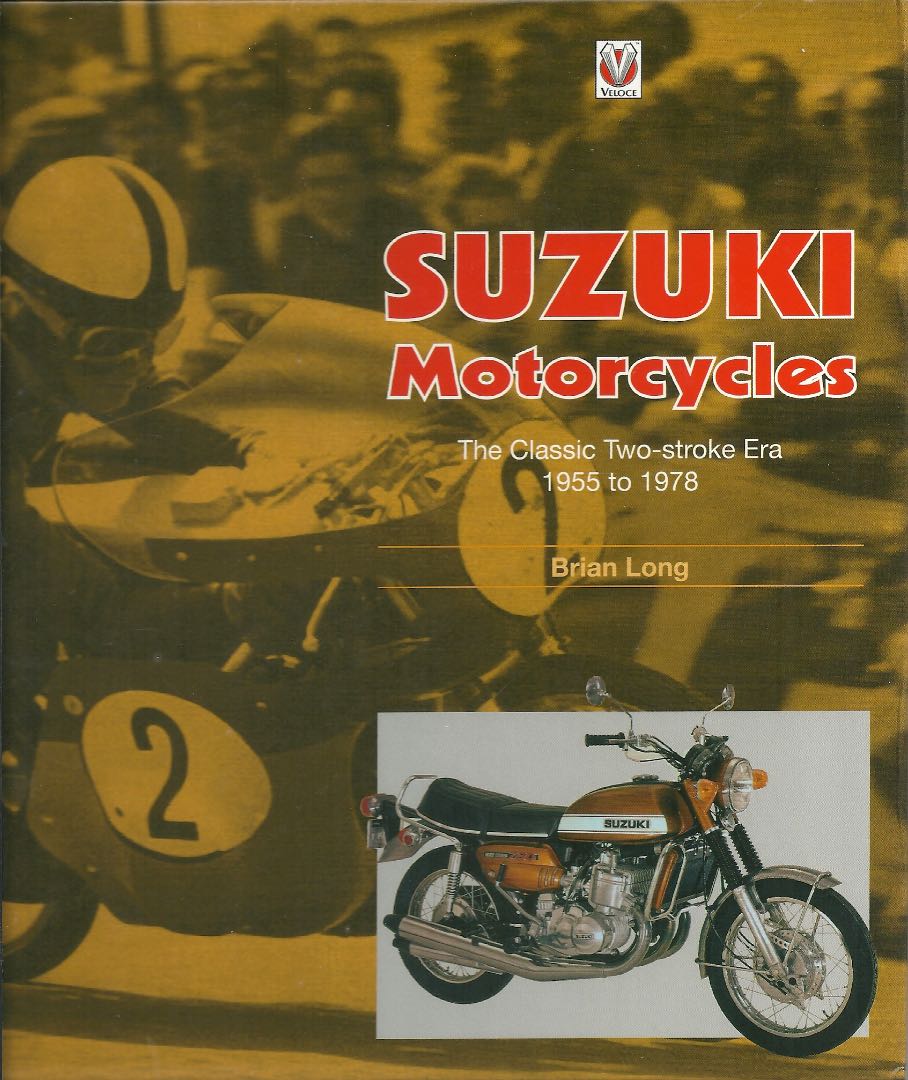 But to stay in business, diversification seemed the way to go and by 1936, the company was flirting with the idea of building small cars, but the entire thing was dropped by 1940. About this time, military spending by the Japanese government became a driving force in the company’s operations.With clarity and detail, Long takes the reader from the company’s early motorized bicycles and mopeds built under the Colleda name to its diverse range of two-stroke motorcycles.Those remarkable bikes put the company in the thick of world-wide motorcycle sales and fueled its rise in GP motorcycle racing with Barry Sheene winning two 500cc world championships in 1976 and ’77, second overall in ’78 and third in the world in ’79—all on the two-stroke RG500.The irony of all that, as Long’s book shows, is that during that same time period, Suzuki was largely shifting its motorcycle model line to four-stroke engines. In the 1977 model year, the DOHC four-cylinder, four-stroke GS750 and DOHC twin cylinder GS400 were making their debut in North America.Long also sheds light on the intriguing chapter of Suzuki’s history when Ernst Degner, an accomplished racer in his own right and engineer, defected from East Germany and the MZ factory to join Suzuki in 1961. Together with his friend and ace two-stroke tuner from West Germany, Paul Petry, Degner brought the kind of expertise necessary to lift the faltering Suzuki racing efforts to serious GP contention.To help sort out the myriad models that spanned the years Long covers, he has created ingenious Road Bike Evolution timelines and tables that list year-by-year production numbers by displacement category.Another fascinating aspect of the book that is lavishly illustrated with nearly 600 color and black/white images is the use of many product brochures and sales images that were used in the domestic Japanese market; an aspect collectors and fans in North America, England and Europe would have had virtually no contact with.Brian Long’s Suzuki Motorcycles—the Classic Two-stroke Era 1955 to 1978 is a unique contribution to the body of work that covers motorcycle history. For enthusiasts, it is a fun and informative read about one of the great brands on the market; for the collector or restorer it is a concise, thoroughly-researched resource.Book Data: