Note to readers: this article has been updated with all available information.During 2017’s EICMA Milan Motorcycle Show, Moto Guzzi unveiled its Concept 85 – an adventure touring prototype.The details were scarce, but the Eagle Brand said the Concept 85 was designed to cover “the gap left by the Stelvio,” the company’s adventure tourer that was discontinued due to excessive expenses needed to update the bike to Euro4 standards.The Concept 85 garnered much attention, and has now gone from prototype to production. 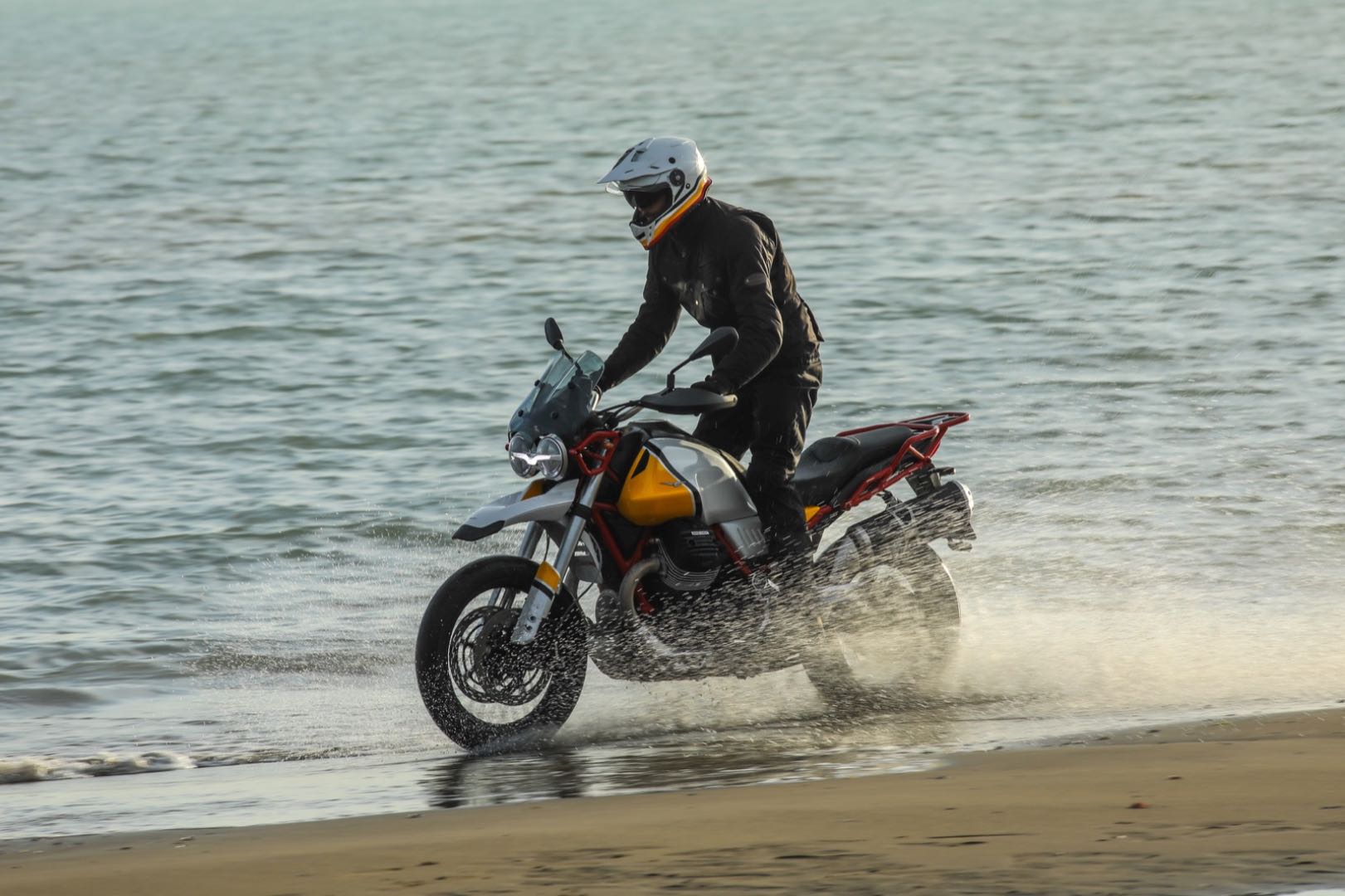 Moto Guzzi confirmed that the bike –  named the V85 TT (Tutto Terreno that translates to all terrain) – will arrive worldwide in 2019.This is not completely new territory for Moto Guzzi. The brand had competed in the Paris-Dakar Rallyin 1985 with the V65 Baja, and the following year with the V75 Baja. These bikes were based on the standard models, and appreciated for their lightness and the characteristics of their engines.We’re awaiting further details like  pricing, and availability, which should arrive soon. For now here are the fast facts:1. Powering the 2019 Moto Guzzi V85 TT is a new engine – an air-cooled 850cc 90-degree transverse v-twin hooked to a shaft drive. The 90-degree twin produces 80 horsepower, and Moto Guzzi says it will become the base engine for a new family of Moto Guzzi motorcycles. Moto Guzzi says 90 percent of the torque is available at 3750 rpm. This is also the first Moto Guzzi engine that can “easily” reach 8000 rpm.2. The Moto Guzzi V85 TT features three riding modes: 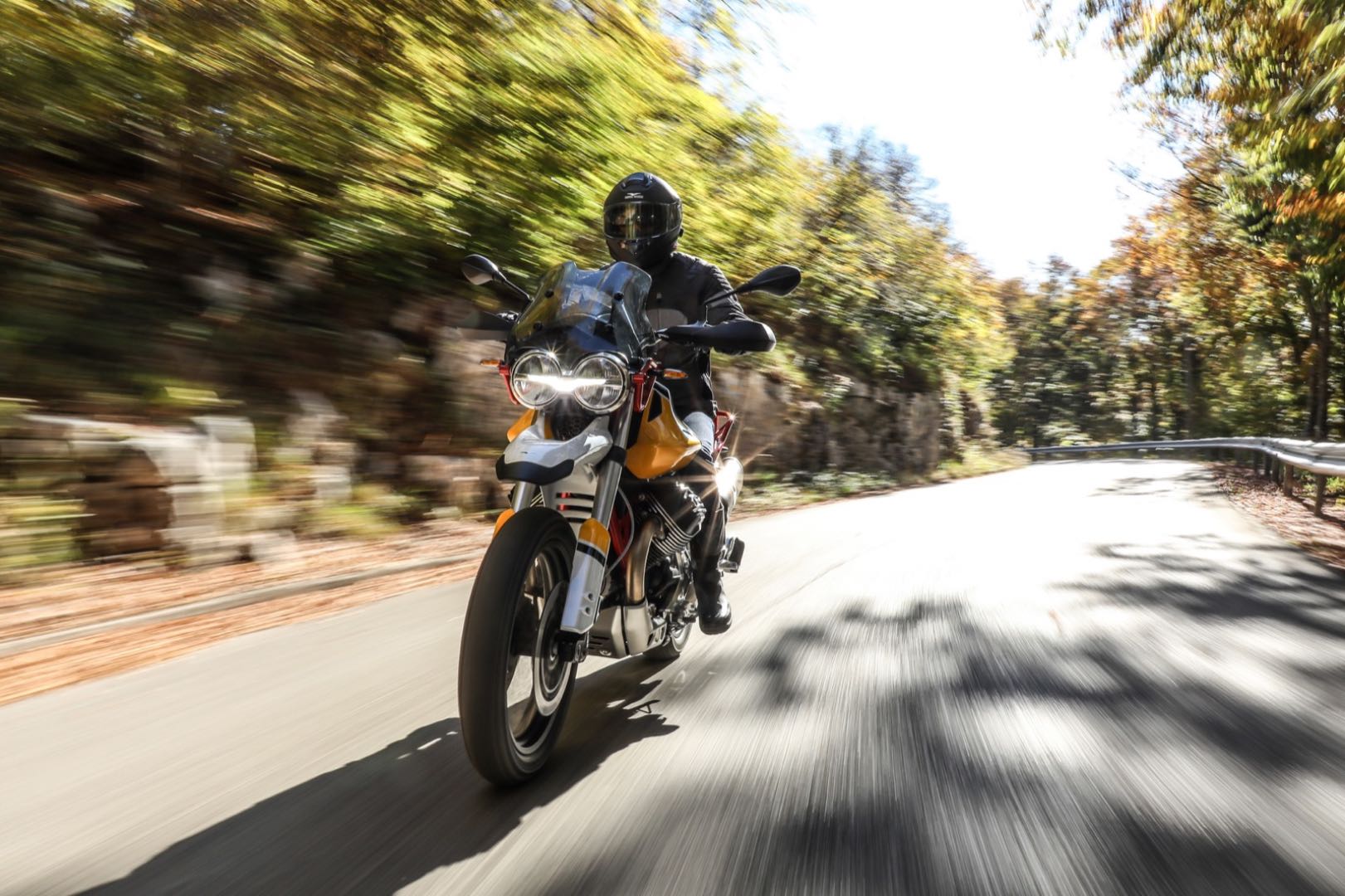 3. The steel trellis frame is also completely new, and built for lightness and rigidity for off-road riding.4. Suspension duties are handled by a monoshock out back that attaches to the right arm of the swingarm. Moto Guzzi says the suspension offers a “very generous wheel travel for optimal off-road use, thanks to a substantial engine floor clearance, as well as comfort on the common roads.” Moto Guzzi says the 41mm fork and shock with separate tank are both adjustable in terms of shock preload and hydraulic rebound.5. The V85 TT has 6.7 inches of wheel travel (front and rear), and 8.2 inches of ground clearance. 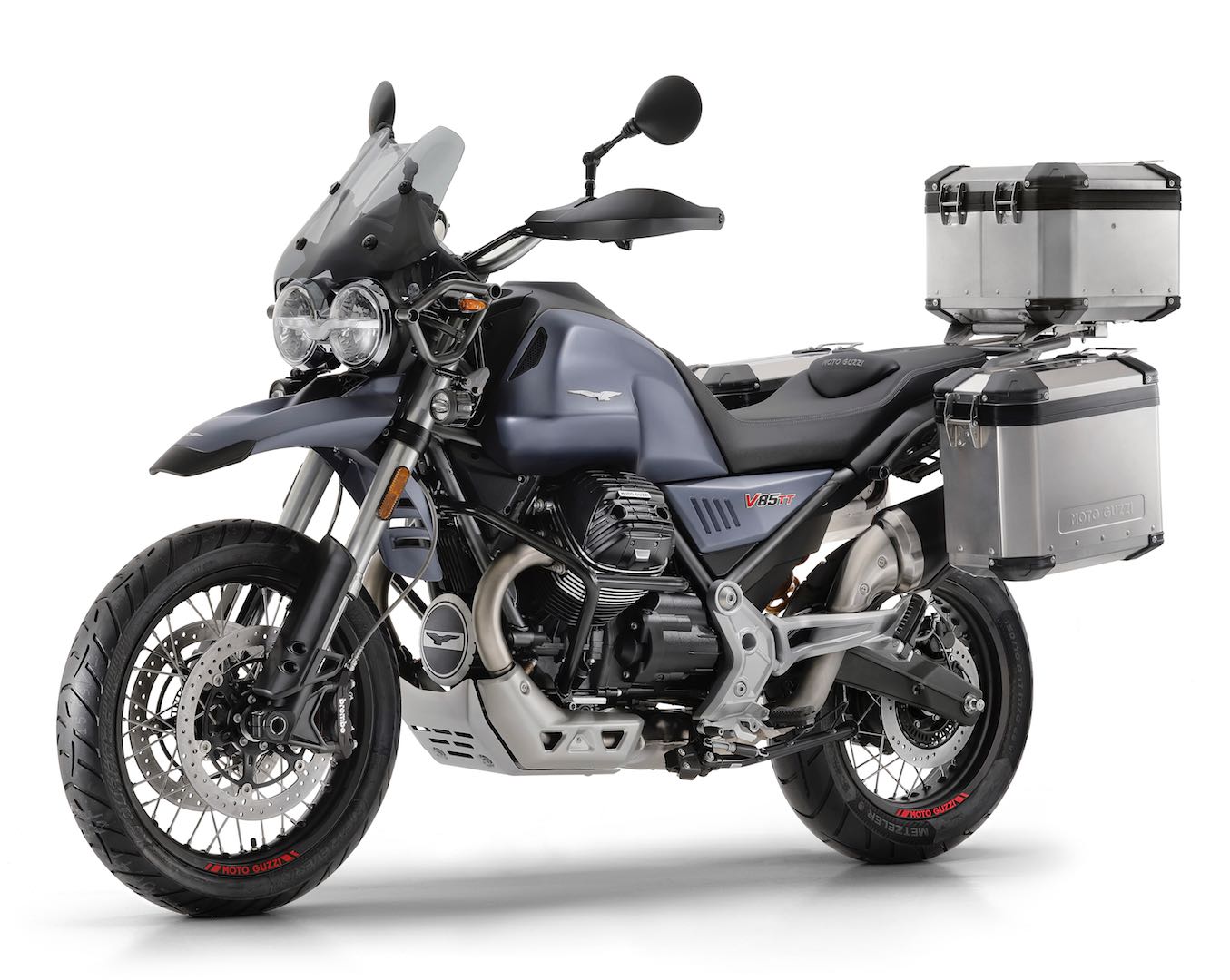 6. Overall weight is 458 pounds dry.7. The fuel tank has a 5.5-gallon capacity, and Moto Guzzi says the V85 TT will have a 250-mile range.8. The spoked wheels mount 19- and 17-inch tires (110/80 and 150/70) tires, and will be available in off-road ready tires from Metzeler.9.  Braking duties are handled by dual 320mm discs up front squeezed by four-piston Brembo calipers, and a single 260mm disc out back squeezed by a two-piston Brembo caliper. Continental ABS is standard.10. The Moto Guzzi V85 TT has a 32.7-inch seat height. 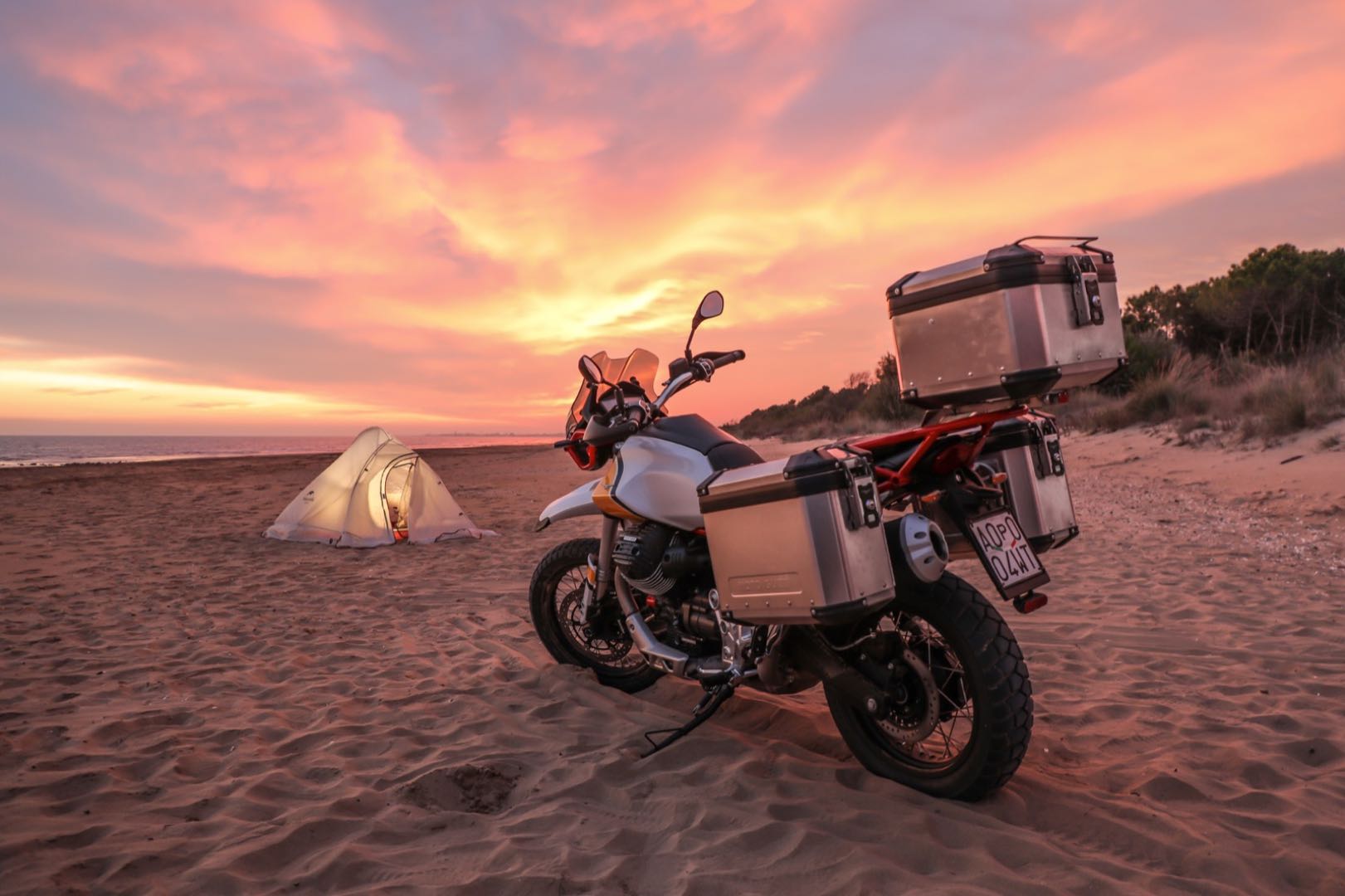 11.  The V85 TT features a digital instrumentation panel (with a fuel gauge) and LED DRL front headlight.12. The Moto Guzzi V85 TT (Tutto Terreno that translates to all-terrain) is offered in two colors. The first—white, yellow, and black—mimics epic rally raids of the 1980s. The second is color is gray.13. In regards to aesthetics, Moto Guzzi says the fuel tank design is reminiscent of Moto Guzzi models set up for the African rally raids. In line with the Guzzi story, there is also the high front mudguard and the beautiful double front headlight—stylistic and functional solutions present on the NTX 650 from 1996 and the Quota 1000 from 1989.