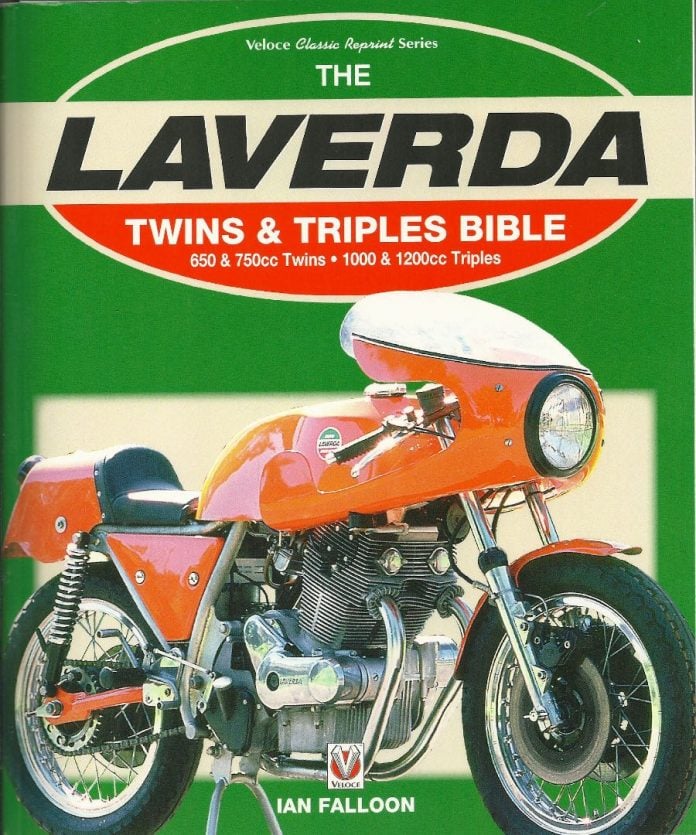 The Laverda Twins and Triples Bible

Perhaps no European motorcycle evokes the passion of a high-performance thoroughbred like Laverda.That is a well-deserved, hard-earned response, both because of the brand’s performance pedigree and its relative rarity, particularly on this side of the Atlantic.Laverda built small commuter-class bikes in its history going back to 1950, but this book by Ian Falloon is devoted primarily to the company’s 650 and 750cc twin cylinder machines and its later 1000 and 1200cc triples. 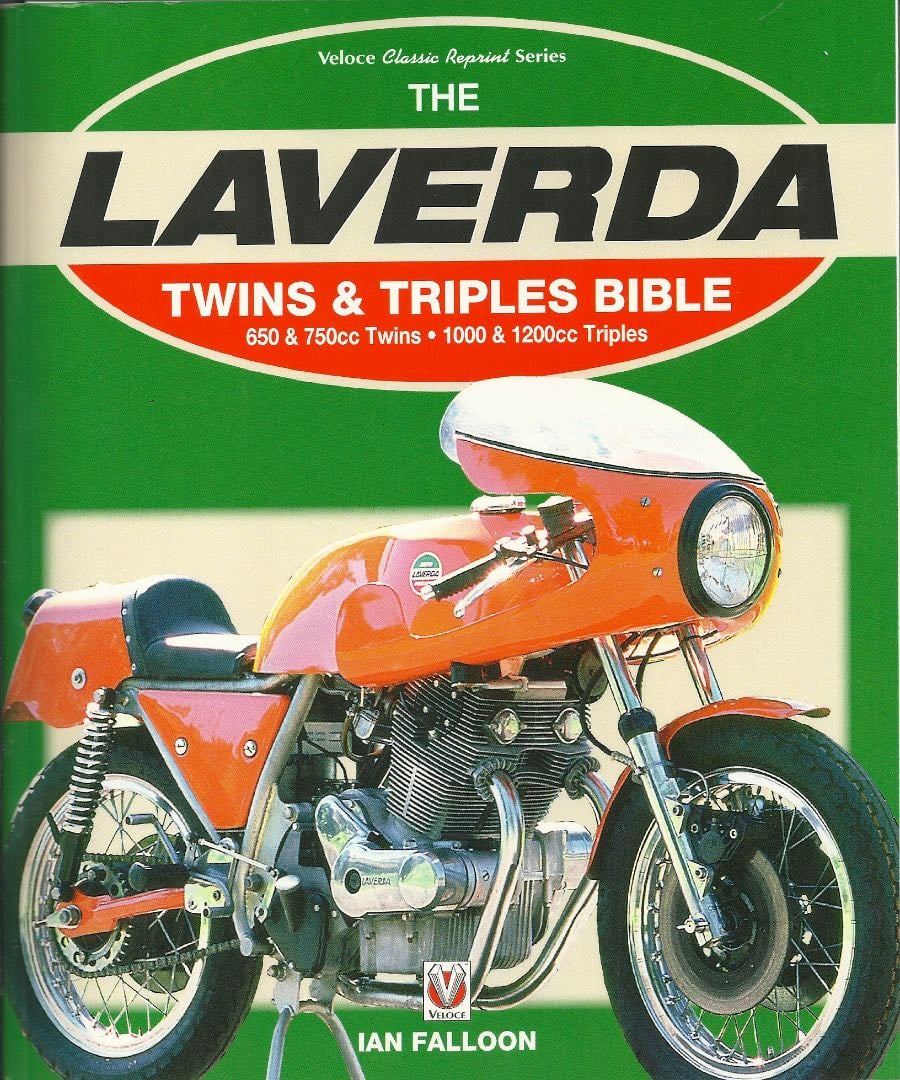 Falloon has been directly involved in the motorcycle industry since 1976, has written more than twenty books on Ducati, BMW, Moto Guzzi, Laverda, Honda, and Kawasaki. He has hands-on knowledge of the Laverda machine, being the owner of a 1974 Laverda 750 SFC.All that experience and what can only be intensive research results in a book that is both a good read and authoritative to an engineering and design level of detail.For example, in describing the improvements made to the 1000cc 3C model from 1974 to 1975, Falloon provides this:“There were a number of small updates for 1975. The crankcases now included three ribs on the left, below the cylinders, the drive chain adjuster nut was increased from 5 mm to 6 mm, and the air intake box included rubber mounting washers, with no metal intake clamps. Other new features included a smaller (180mm) Bosch headlamp, Aprilia turn signals, and a plastic choke lever.”Falloon sheds fascinating light on the origins of the big-bore twins and recounts how the Honda 305cc Superhawk engine was the inspiration for the design of the early 650cc twins, which explains why the Laverda 650cc prototypes looked like Honda 305s on steroids.In seven meticulously researched chapters, Falloon recalls the development of the 650 and 750cc twin-cylinder models, the 750cc SFC, the 1000cc 180-degree crankshaft triples, the 1200cc triples, the 120-degree crankshaft triples, racing history of the brand and the book includes a comprehensive Appendix of Technical Specifications.Whether you’re a Laverda collector, owner or anybody that appreciates concise, accurate motorcycle history, this book is a great resource.Book Data