When Romano Fenati reached over and grabbed the front brake lever of Stefano Manzi’s bike at around 140mph during the 2018 Misano Moto2 race, social feeds across the world were filled with controversial feedback.The incident, which occurred September 9 during the San Marino Grand Prix, could have had deadly consequences, and immediate action was taken by Fenati’s team, Marinelli Snipers. The team severed Fenati’s contract.Further action was followed by MV Agusta, the OEM that returns to GP racing after a 42-year hiatus; MV Agusta terminated the agreement following the incident at Misano World Circuit Marco Simoncelli. 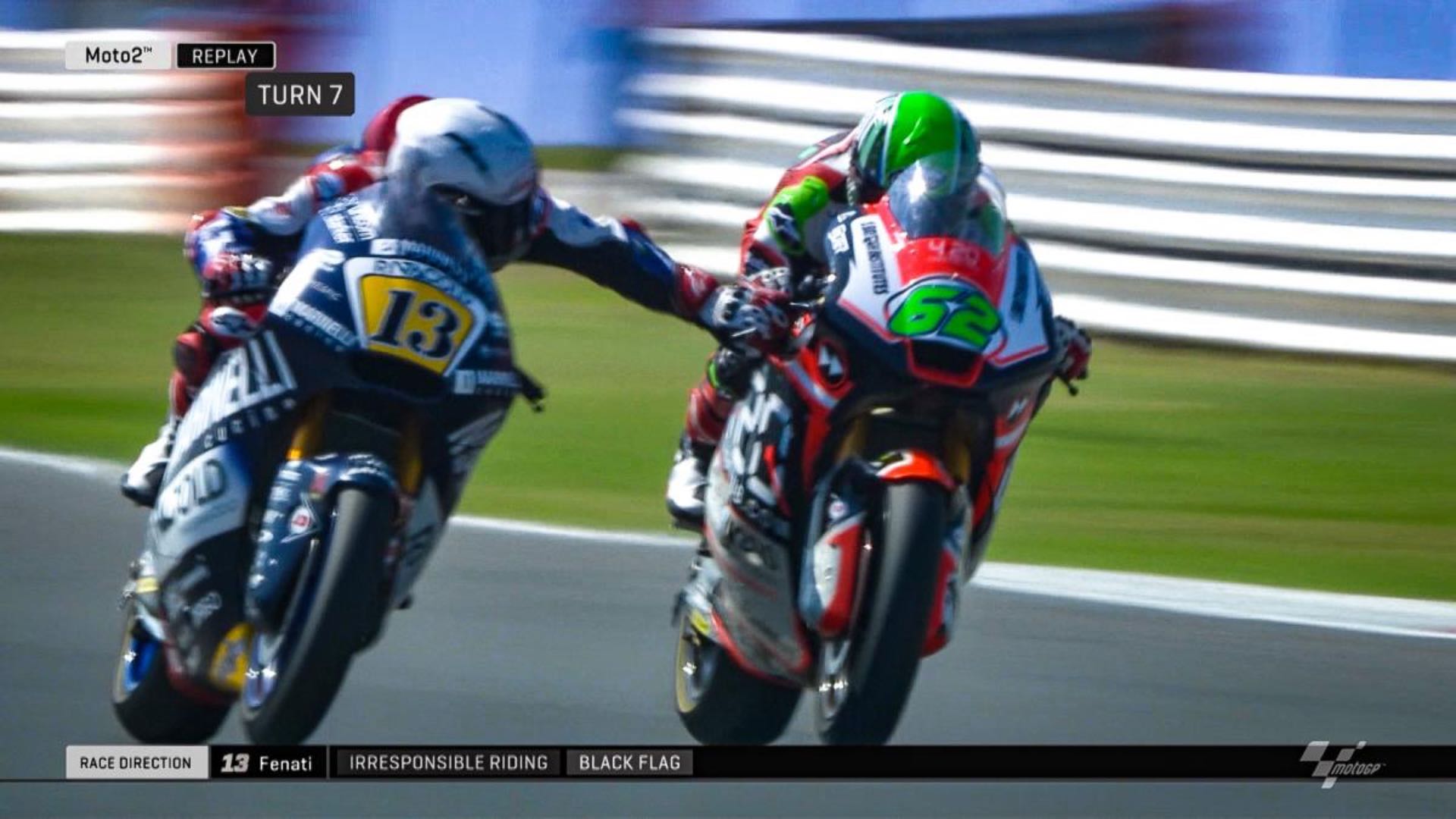 And now the FIM has withdrawn Fenati’s motorcycle-racing license for the remainder of the 2018 season.This consequence occurred last week when the 22-year-old Italian attended a meeting at the FIM Headquarters in Mies, Switzerland. There he meet with FIM President Vito Ippolito and FIM Deputy CEO and Legal Director Richard Perret.The FIM released the following statement discussing the meeting:

Mr Fenati was asked to explain in person his act on the track in Misano, which has given rise to many extreme reactions in the traditional media and on social media platforms.

During the meeting, the FIM representatives emphasized the Federation’s deep concern for

While acknowledging that riders, and in particular those who reach the highest level of the sport, are subject to many pressures both on and off the track, they reminded Mr Fenati of the profound influence high-level athletes can have on fans and young people and urged him to be mindful of his responsibility to set a positive example in future.

Following the discussion with the rider and his representative, the FIM decided to withdraw Mr. Fenati’s FIM license until the end of the current calendar year.

A new FIM license for the 2019 season may be granted to him subject to the conditions laid down in the FIM Regulations.

For more details on the incident, visit our Romano Fenati Moto2 Contract Termination report.It’s going to be interesting to see what happens in 2019 – especially amid the outrage for the incident. Will any team want to represent Fenati?