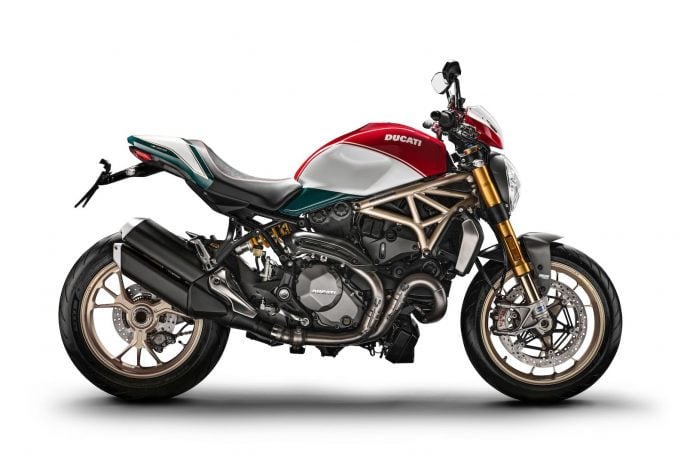 In the early 1990s, Japanese sport bikes flooded the market, most shod in fluorescent-colored full fairings that reeked of trendiness.The motorcycle landscape was in need of a return to simpler designs that based themselves on the minimalistic elements of the 1960s. 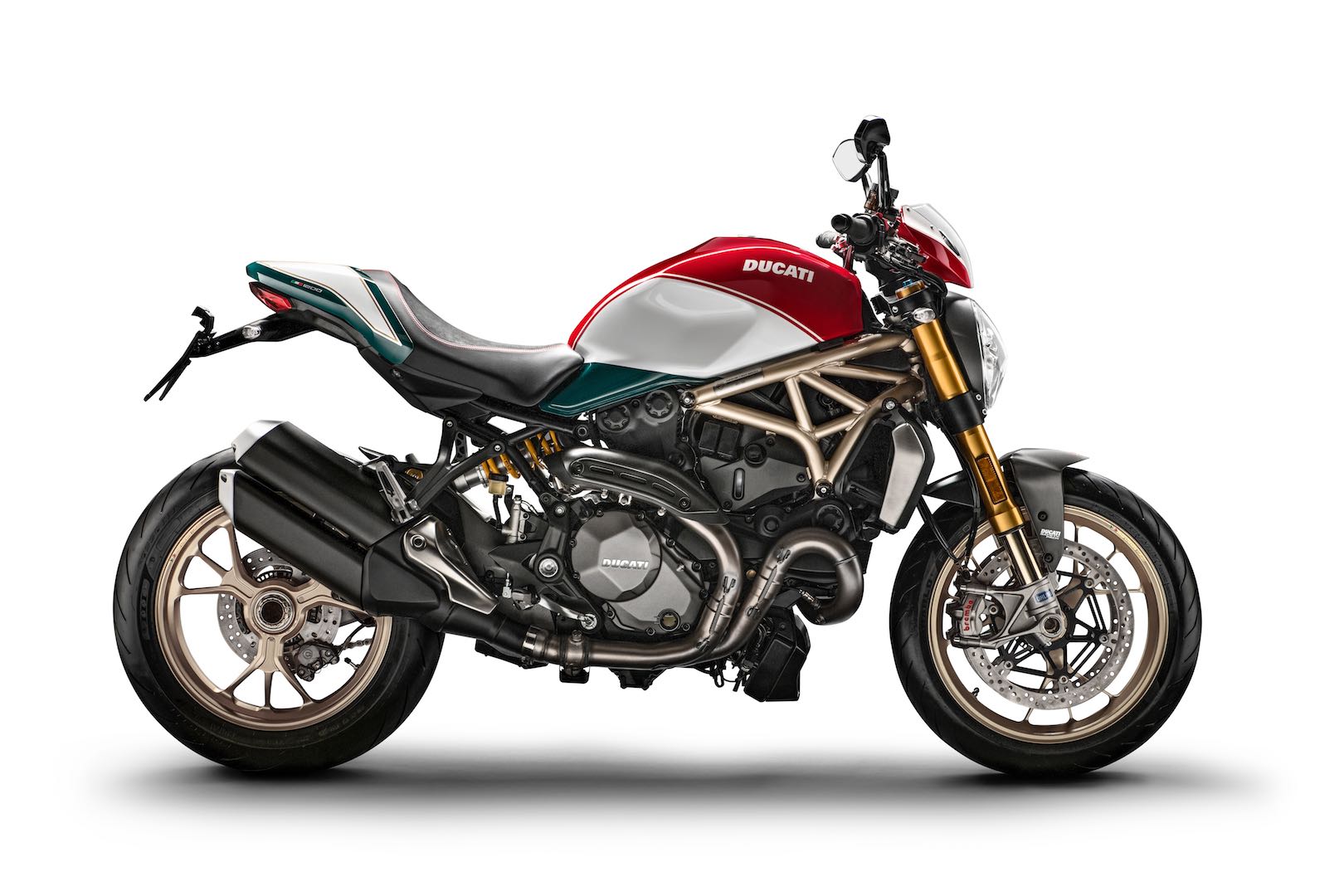 While working under Ducati’s then technical engineer Massimo Bordi, Miguel Galluzzi did just that with his latest design that was unveiled during the 1992 Cologne Motorcycle Show – the Ducati Monster.The bike’s first production year would be 1993, and soon it became Ducati’s best-selling motorcycle. Since that original 1993 Ducati Monster 900, over 325,000 Monster have been sold.An icon needs recognition, and to celebrate its 25th Anniversary, Ducati has released a limited edition Monster. 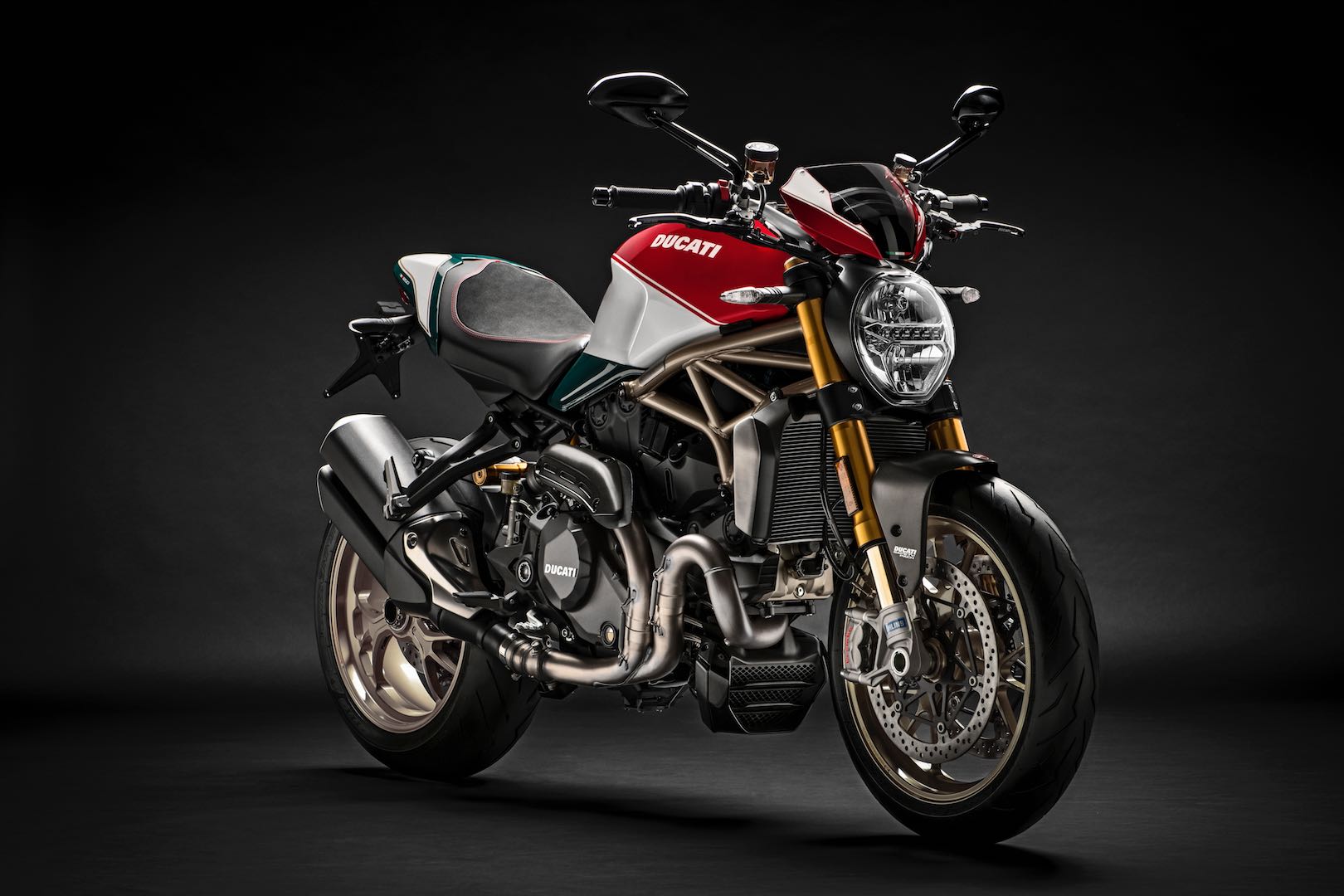 Meet the Ducati Monster 1200 25th Anniversario, which arrives with an Italian flag color scheme – inspired by the 2008 Monster S4RS Testastretta Tricolor – gold trellis frame, Marchesini wheels and Öhlins suspension, to name a few upgrades.The Monster 1200 25th Anniversario will not last long in dealerships; only 500 will be produced, and only 100 of those are arriving on the North America market.The Monster 1200 retains its twin-cylinder 1200 Testastretta 11° DS engine that’s rated at 147 horsepower @ 9,250 rpm; fully adjustable 48mm Öhlins fork and rear suspension, and Brembo M50 monobloc calipers (330mm discs up front, 245mm single disc out back). 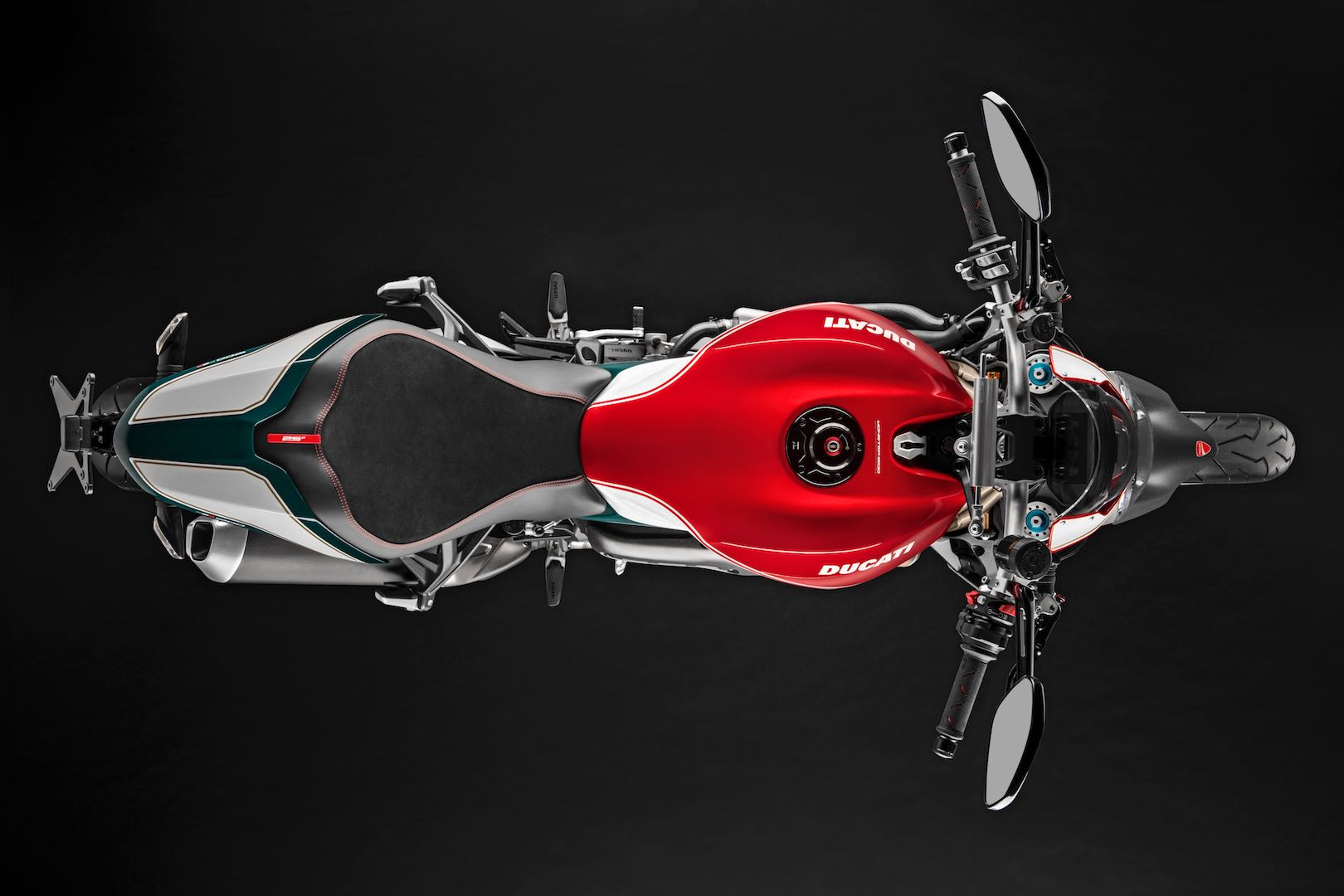