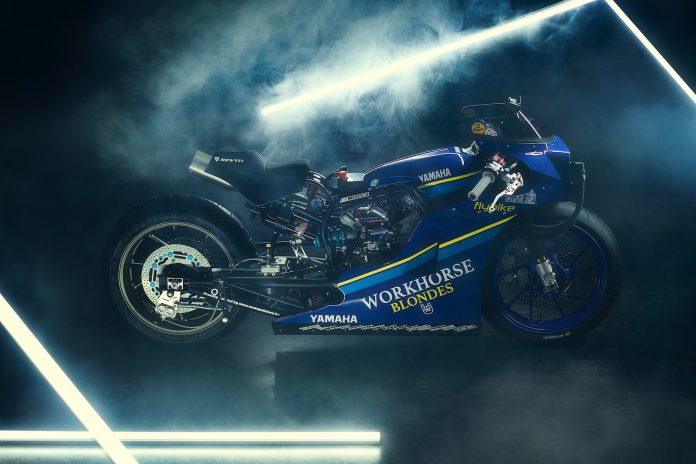 Being an American motorcyclist can be a taxing thing. We have access to some of the greatest riding roads and menagerie of weather that any man or woman on two wheels has ever seen.Riding in the states, especially on the West Coast, is brilliant. Even in the dead of winter in snowy regions, any motorcyclist can get their fix – if you have the means or will.However, what we have been lacking for the past several years is a motorsport culture that truly thrives on all forms of racing. 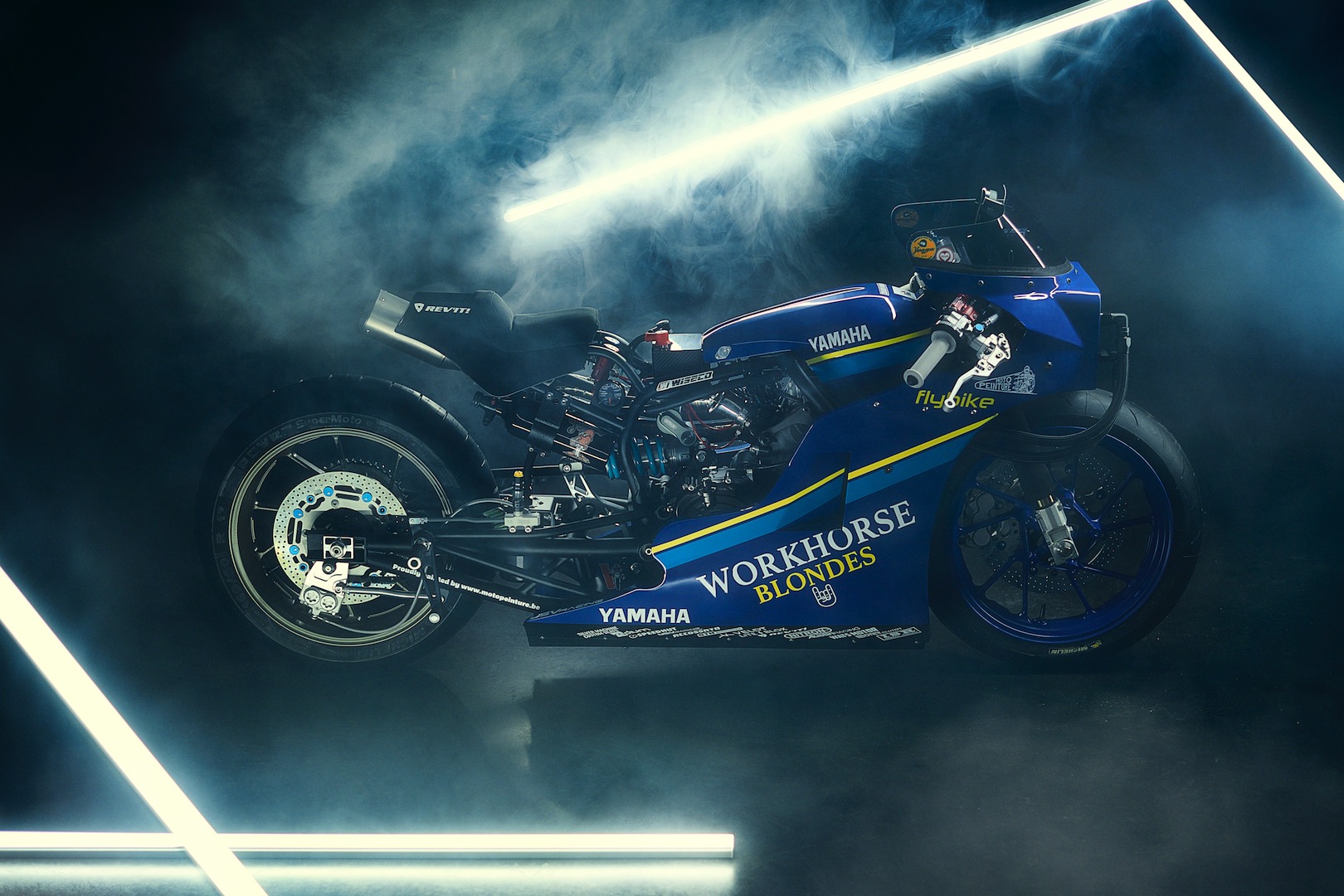 Europe, Japan, the South Pacific, and other regions appreciate motorsports in a much different way than the average American and, for many, endurance racing is the pinnacle of a weekend well spent. In its heyday, endurance racing of any sort would see thousands of spectators converging on an infield, taking in their fair share of libations while roaring cars or motorcyclists lit off into the night. In fact, that tradition is still going quite strong.This is very much a “grass is greener” tale for this American two-wheeled enthusiast and it has been inspired by a truly magnificent Yamaha XSR700 that was commissioned by Yamaha Europe as part of its Yard Built initiative. Its entire appearance is a tasteful throwback to the 1985 Sonauto Gauloises Yamaha FZR750R Endurance Racer.Built by Brice Hennebert out of his Belgium based Workhorse Speed Shop, “Sakura” has been constructed to compete in the Sultans of Sprint Factory Class. And this, friends, is where that line of envy begins to show.The Sultans of Sprint is something of a festival. It’s more than riders dragging down a 1/8th mile course with their homebrewed steeds; it’s about focusing on unique personalities and the builds that come pouring forth from them.The rules for the Factory Class are straightforward—nothing above two-cylinders and a determined power-to-weight ratio must be observed. There can be no modification of the frame around where the engine mounts, and the swingarm cannot be increased over 20 percent of its original length. 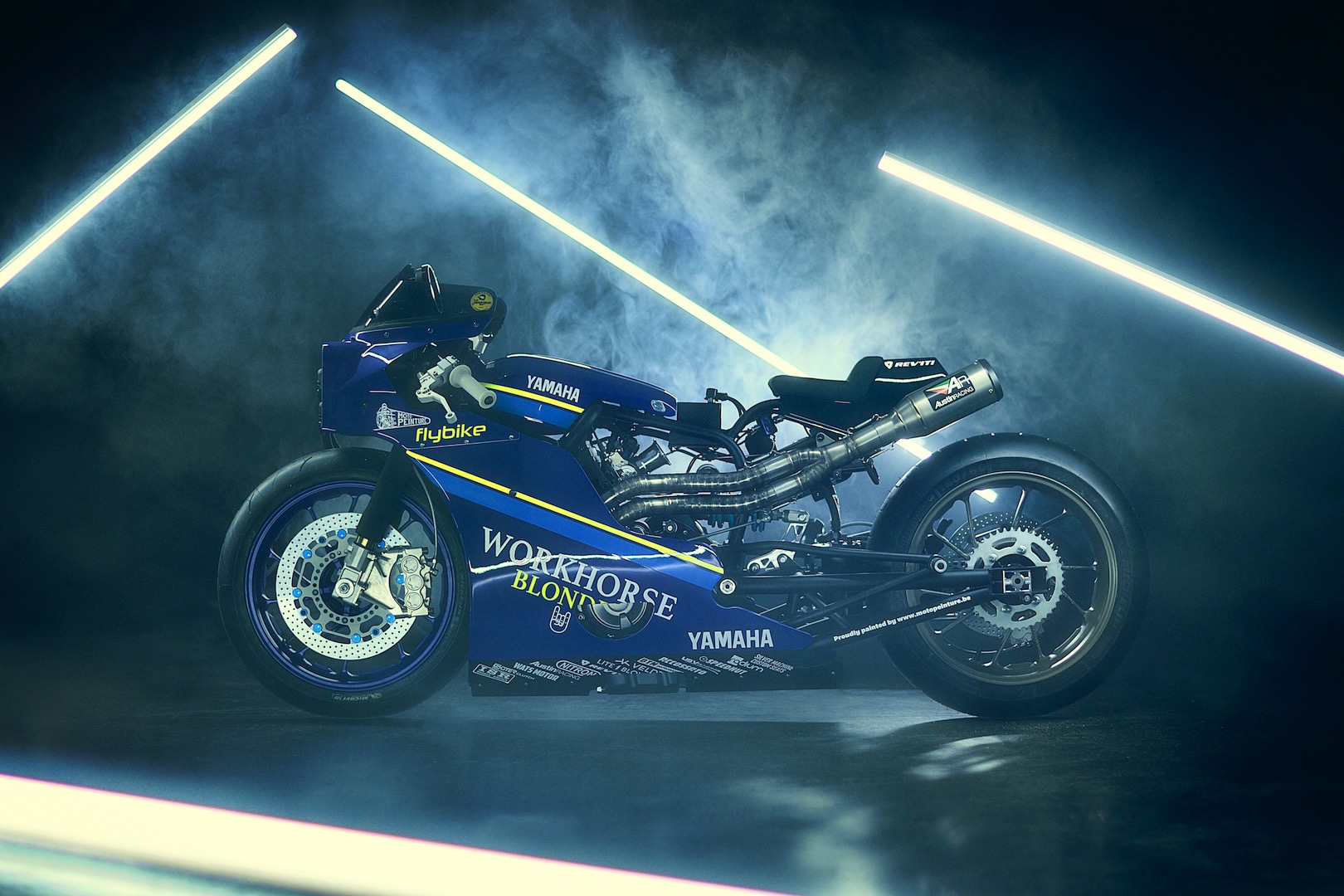 Beyond that, there are no rules, and that sentiment isn’t just encouraged—participants are judged by it. This class was developed to showcase the potential of new machines and is supported by a variety of manufacturers, including Yamaha, Triumph, BMW, and Indian.“For the inspiration, I love to travel into the brand’s history of the donor bike,” says Hennebert, “I had to build something violent for drag racing. I fell in love with the 1985 Sonauto Yamaha FZR750R. This square, flat-face is a really interesting design.”There was only one problem—few photos and an even more limited amount of video exists of obscure endurance race bikes from this time period. Save for a few photos that Hennebert was able to use as a reference point, he turned to a scale model that just happened to feature the original Gauloises livery in perfect detail.After stripping the XSR700 down to its essentials, Hennebert began creating the fairing. Reproductions fairing from this time period simply don’t exist, so he hammered and shaped aluminum sheet metal into a tasteful replica of the FZR750R’s bodywork, complete with the square front fairing.Because Sakura wouldn’t be turning laps well into the night, a headlight was just extra weight that would be slowing them down on the dragstrip. In place of that, he mounted the radiator completely unimpeded by bodywork or the chassis. It will be getting fresh air blasted through those fins down the strip. 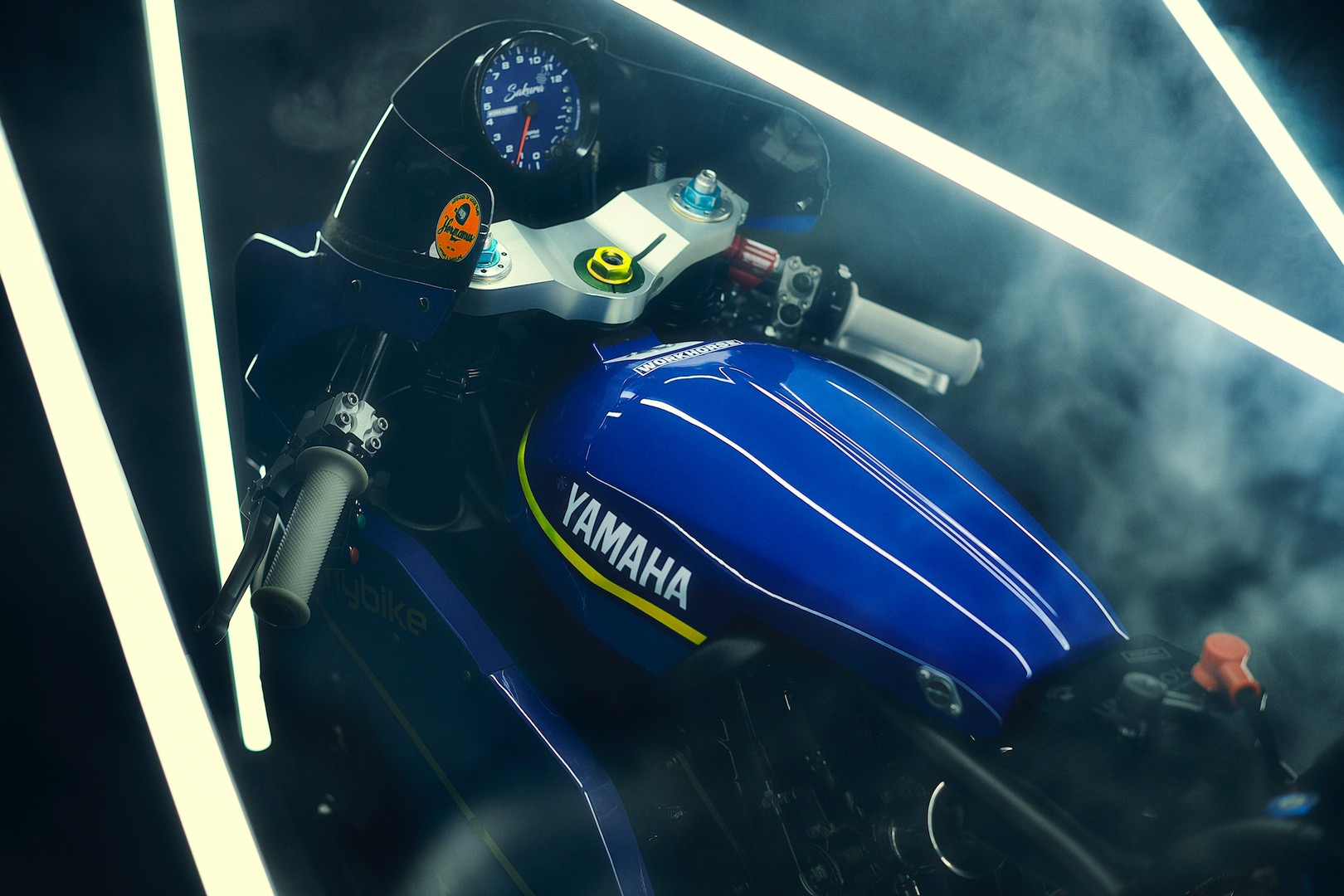 The original XSR700 fuel tank is actually an agricultural looking, heavy, steel reservoir, housed by two brushed aluminum panels and joined by a center strip. The aluminum panels are a pleasing vintage touch to the XSR700, but fuel tanks of that size have no business as the dragstrip. So, it was added to the growing pile of stock components.Instead, Hennebert utilized to the brushed aluminum paneling for a new purpose—housing the electronics and NOS controller, as well as creating a flush, uniform look down the chassis. He chopped and lowered the paneling, making them perfectly aligned with the frame. “The real fuel tank is in front of the engine on the belly pan,” Hennebert said. “It’s only about two liters and just enough for 200-meter run. To save weight, we used aluminum.”Many aspects of Sakura were hand-fashioned out of aluminum, and that includes the seat pan. It’s aggressive, splayed out riding position says one thing and one thing only—this is a meant to go straight and go fast.Hennebert turned to Silver Machine in Amsterdam for the upholstery work. Continuing with the XSR700’s transformation, Hennebert had to fashion a completely new subframe make his vision a reality, which he built out of 20mm chromoly tubing.Long wheelbases help reduce unintended wheeling—a crucial component to putting low times up on the board. To facilitate that goal, the stylish aluminum swingarm was cast aside. In place of it, a swingarm was installed that’s 20 percent longer than the original—just within the rules for the Sultans of Sprint Factory Class.There were a number of challenges this presented when it came to things such as the chain tensioners, rear caliper bracket, and linkage. For that, the trusted machining skills of USV Racing—a shop on France’s Mediterranean coast—were employed to help solve those issues. 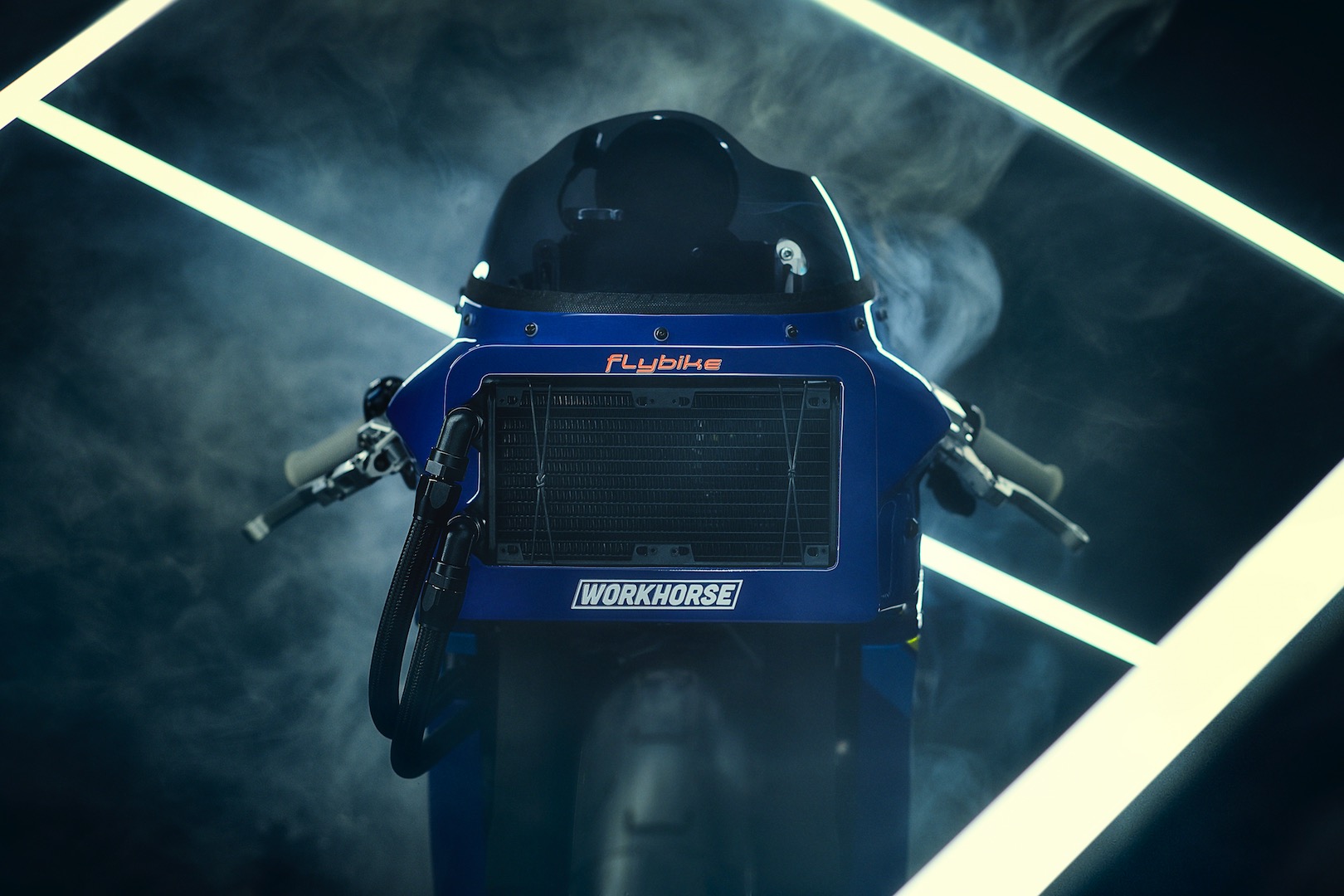 What we’re left with is a truly fascinating tubular swingarm that has the looks of any factory bespoke racing component from the 1980s. If you look close, you can catch the billet aluminum oil catch box that Radium Engineering in Oregon ponied up for Sakura, which this build needs in order to compete. In case an engine blows, you won’t be ruining the circuit for the next competitor.When it comes to suspension, Hennebert went for high performance. “The front fork is from an old Yamaha YZF-R1 superbike, so this is its second lease on life,” said Hennebert. “By the way, for drag racing, a fork is not really useful. The build is about 150mm lower than the original XSR700 and the oil pan is at 50mm to the ground, so it’s for drag use only—no more street riding for this XSR.” In the rear, Hennebert borrowed a Nitron racing shock from an R3 and made it work for his unique purposes.It seems like every time I scan the images for this bike, I pick up on a new shockingly overlooked aspect to this build. The amount of painstaking detail is something to admire. Intermingled with the stellar bodywork is the NOS bottle, with its gauge letting everyone know that this machine is ready to roar. The battery is fully exposed and, yet, it seems fitting. The carbon fiber housing sits directly behind the faux fuel-tank and meshes well with the overall build.Quickshifters and auto-blip systems have weaved their way into stock bikes well enough, but in the world of drag racing, that simply isn’t going to cut it. If you look close at the left hand controls, you’ll find an electromagnetic shifter unit that will have Hennebert whipping through the gearbox instantly. “For 200-meter sprint race,” he explains, “the time needed to find the footpeg and the gear shifter crucial, so I went with the electromagnetic shifter unit to cut even more time down.”The engine wasn’t overlooked either. The 689cc parallel-twin powerplant was gone over with the finest of toothed combs by Hennebert’s personal friend, Fabian Lamy of Flybike, situated close by. “This guy is a race engine wizard,” said Hennebert, “He made a huge effort, with about 130 man-hours on the XSR’s engine.”That isn’t an overstatement. The engine has been completely overhauled with all critical parts being matched and balanced. Carrillo rods have found their way in the block, along with titanium valves, Wiseco forged and balanced pistons, and other goodies to make sure they’re getting the most out of the XSR’s hearty p-twin.Lamy didn’t stop there; the counterbalance was removed and a bespoke crankshaft was put in place to deal with the tighter and more demanding tolerances that they will be running this engine at. 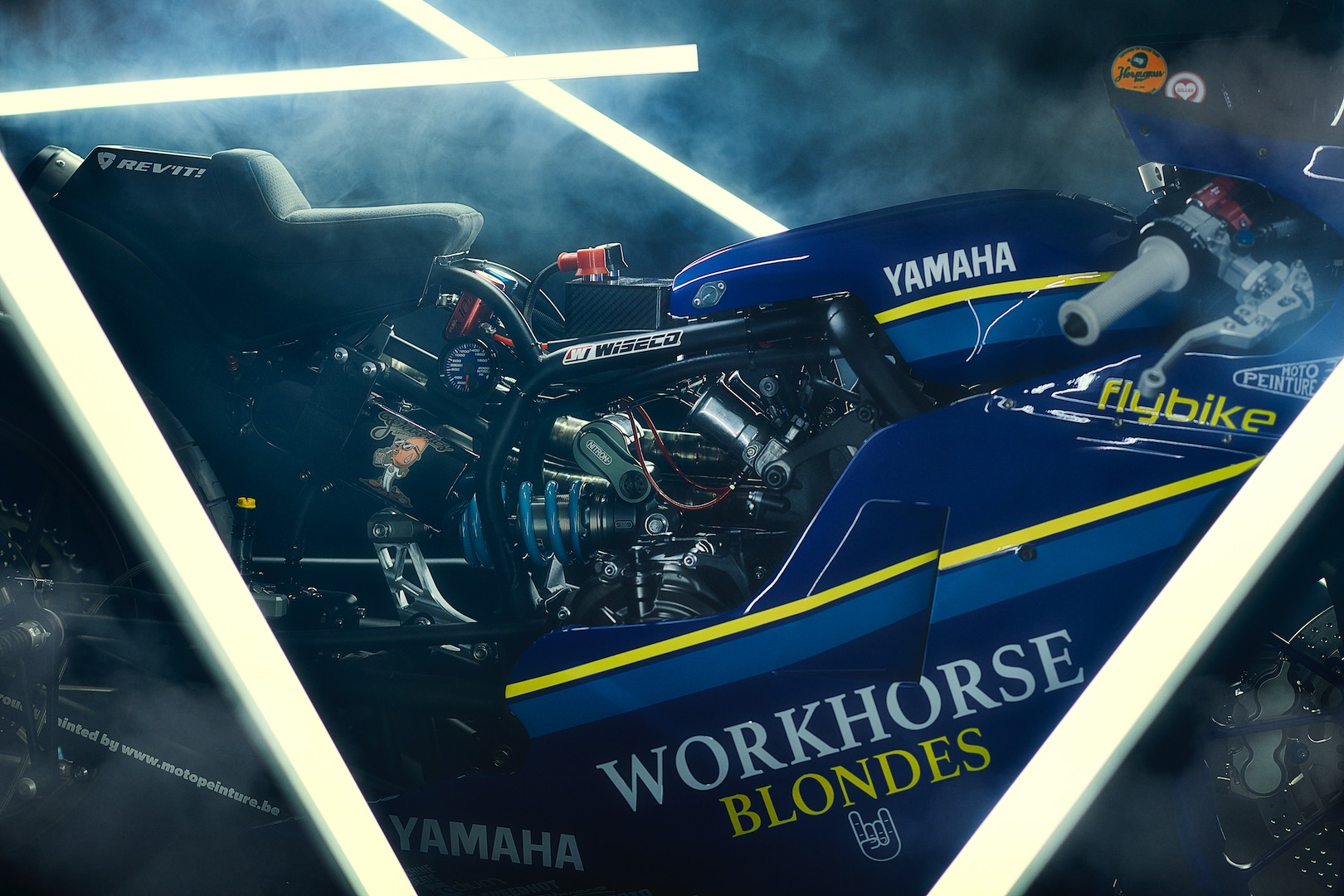 The intake body has been completely modified to inject more fuel into the mixture, surely to compensate for the fact that this is a bottle-blown XSR700 motor. With a new rev ceiling of 12,000 rpm, the oil management system needed to be upgraded for higher flow. The finishing touches come in the form of the Wizards of NOS Pro-Series 150 kit, working in conjunction with the Wizards’ Revo Max Extreme V2 nitrous controller.I’ll admit, I’m an unabashed fan of the XSR700/MT-07 when it has a healthy set of pipes on it. With the radiator moved up to the front fairing, Hennebert was able to go to the nines in regards to the exhaust. He painstakingly created a scalloped exhaust that weaves its way through the chassis and ends at with an Austin Racing muffler to seal the deal. As of now, Hennebert hasn’t even dynoed Sakura, but when she’s putting in her lap at the Sultans of Sprint, we know she will demand some attention.Sakura is the Japanese word for cherry blossom. Typically, the bloom lasts for a short period of time, depending on the weather and other factors. At their greatest lengths, these billowy blooms only remain with us for roughly two weeks. The name is fitting, then, of this 1980s endurance racer turned dragster throwback.Just as quickly as the Workhorse Speed Shop Sakura hauls down a makeshift dragstrip, the Sultans of Sprint event loads up, patiently waiting for European motorcyclists to converge once again and let it all hang out on their homebuilt machines.