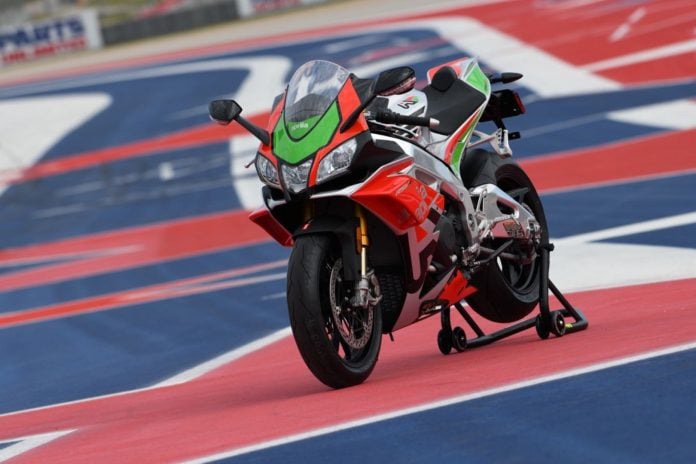 When we rode the refined 2017 Aprilia RSV4 RF at Circuit of the Americas, an immediate romance began for the revamped V4 superbike.Much of this romance is attributed to the RSV4’s 65-degree, 999.6cc V4 powerplant that produces 201 horsepower and 84.8 ft/lbs of torque.But it’s not just about the high numbers; the Aprilia’s 65-degree V4 produces gobs of power everywhere. Also, the Ohlins suspension combined with the bike’s overall slim design makes us normal riders feel like racers on the circuit – especially one like COTA, MotoGP and Formula One track.Aprilia wants to take that racer feel one level closer with with its newest release – the Aprilia RSV4 RF Limited Edition. And limited means limited – only 125 of these will be produced, and they are reserved for the North American market. 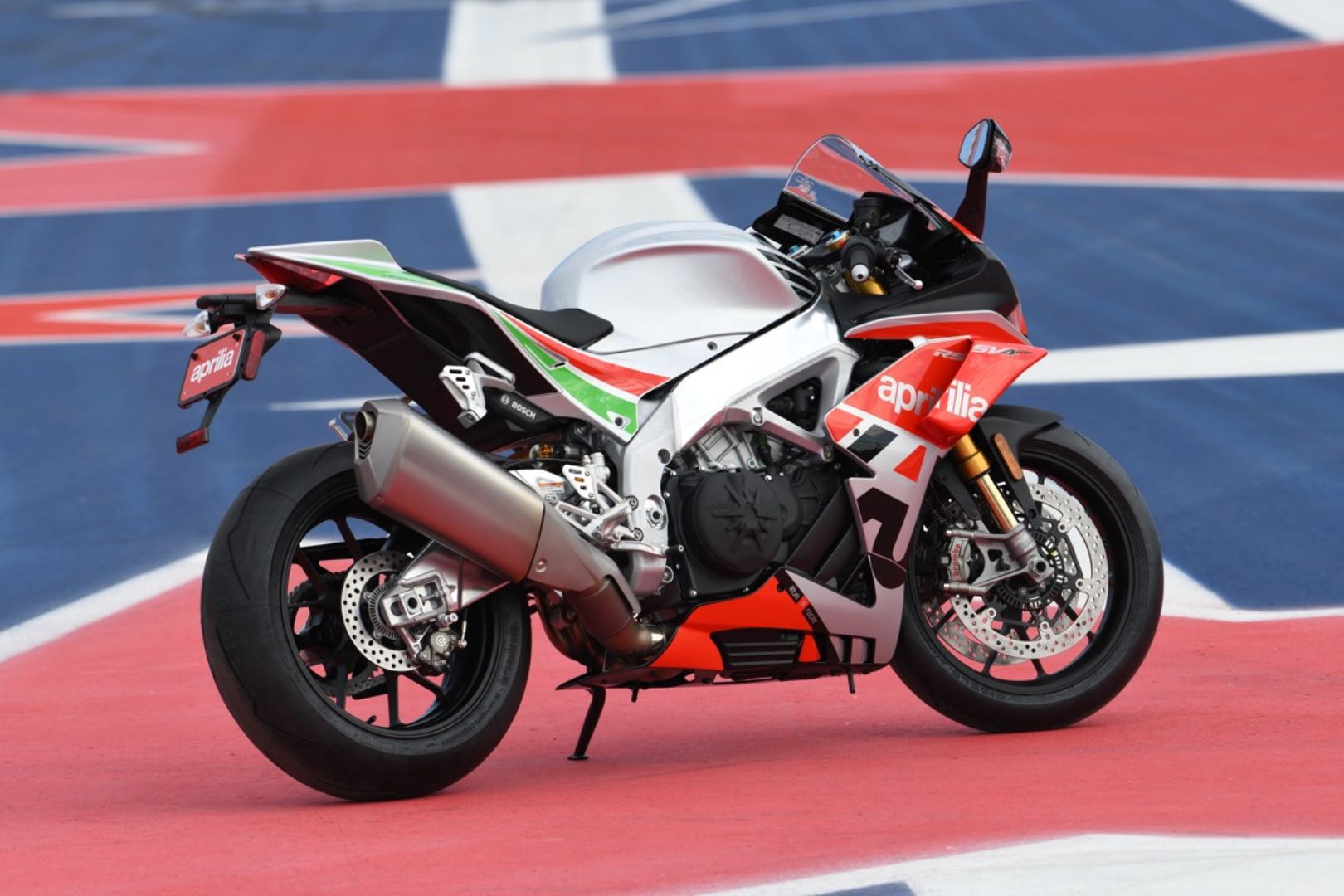 Aprillia launched the RSV4 RF LE during Austin MotoGP at Circuit of the Americas. Introducing the bikes were factory Gresini Racing pilots Aleix Espargaro and Scott Redding.What the Noale-based manufacturer did was simple but effective for Aprilia diehards; Aprilia took its RSV4 RF, and updated with livery inspired by the MotoGP RS-GP prototypes, and also added some winglets.This is the first production sportbike to be offered with winglets, fairing additions that help keep bikes grounded at speeds well over 175 mph on straights like the three-quarter mile rear straight at COTA.The Aprilia RSV4 RF LE will arrive with a unit number laser inscribed on the steering plate, and will be available at Aprilia dealerships in late May. Price is set at $24,499 in the USA, and $25,495 in Canada. 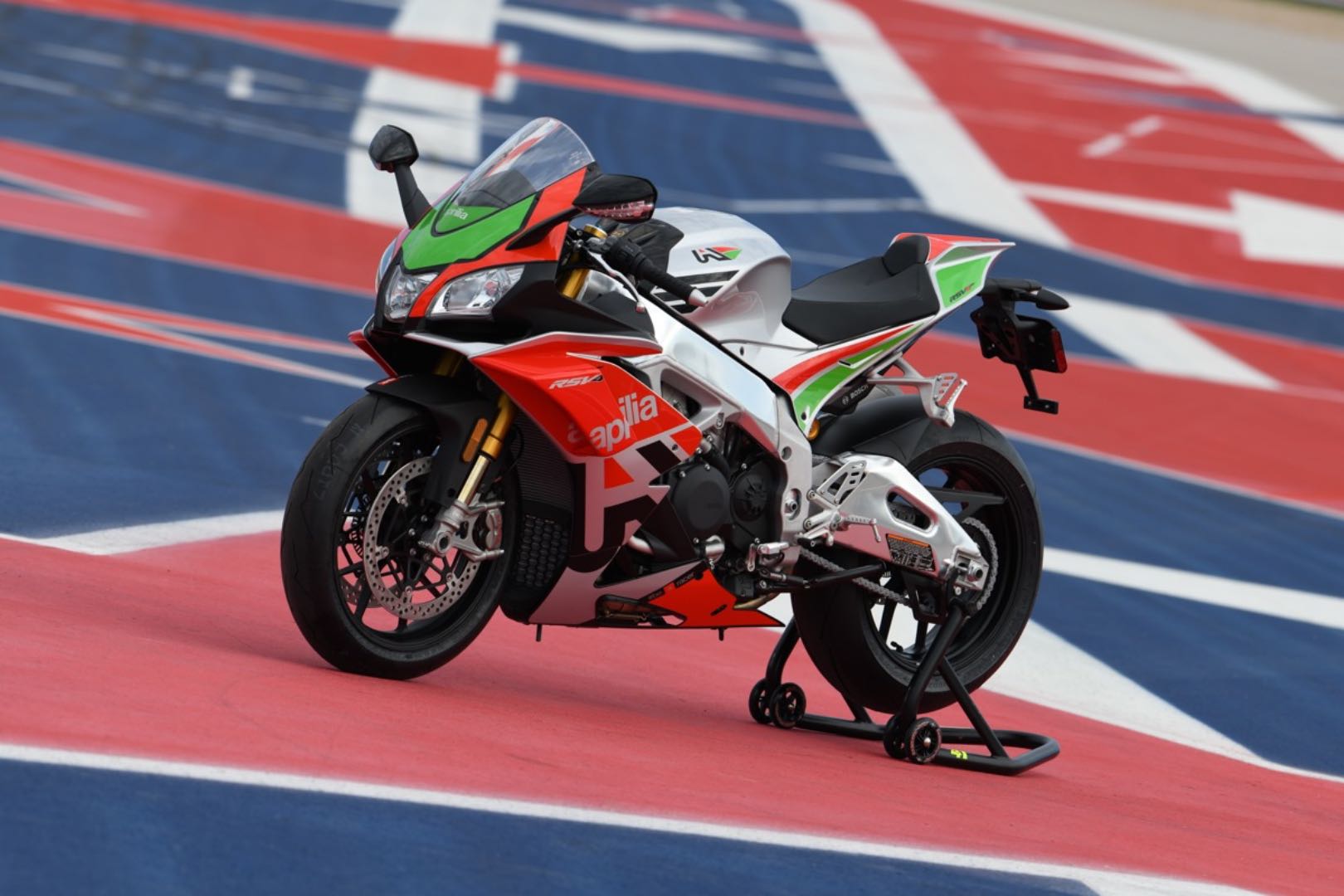 Following is from the official Aprilia USA press release:The history of the Aprilia RSV4 is one of the most capable, and victorious superbikes ever for a single model in the factory derivative category. From 2009 to the present, this iconic Italian V4 has collected seven world titles in the World Superbike championship, sealed further – in the 2015 season – by the FIM CUP Superstock 1000 Rider and Manufacturer titles.This is an extraordinary racing career that stems from the technical leadership of the factory model, reconfirmed constantly by its multiple wins in comparative tests organized by the most authoritative international motorcycle periodicals.To coincide with the Grand Prix of the Americas, during the third round of the 2018 MotoGP World Championship season, Aprilia celebrates this extraordinary bike’s tight bond with racing by presenting a special version of the RSV4 RF in a numbered edition, reserved exclusively for the North American market. 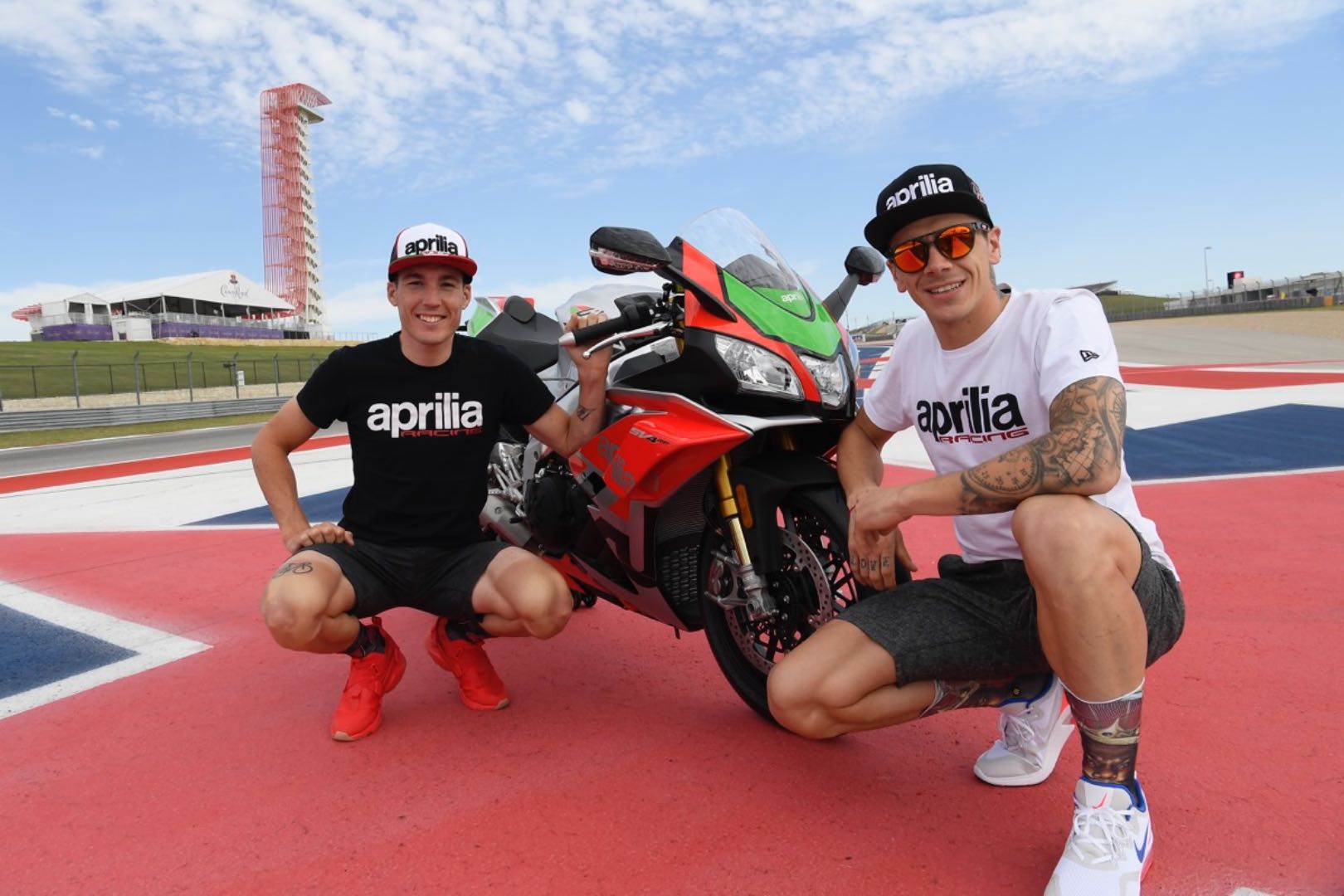 Powered by the 1000cc 65° V4 engine and capable of 201 HP, Aprilia RSV4 RF Limited Edition is characterized by new graphics, inspired by the three colors of the Italian flag and the livery of the Aprilia AF1 250 that Loris Reggiani rode in 1987 to achieve the first of Aprilia’s 294 world championship wins in Grand Prix racing.These are graphics that have by now become an icon in Aprilia’s sporting history, with the big “A” enveloping the side fairings, often used to distinguish “race replica” models and now used as a sort of “trademark” for the Factory Works program.This is a one-of-a-kind project, born to make the technology and know-how of the Racing Department from Noale available to all those who intend to compete at top levels in factory derivative championships or for those who want to have an RSV4 with optimized performance for track use. 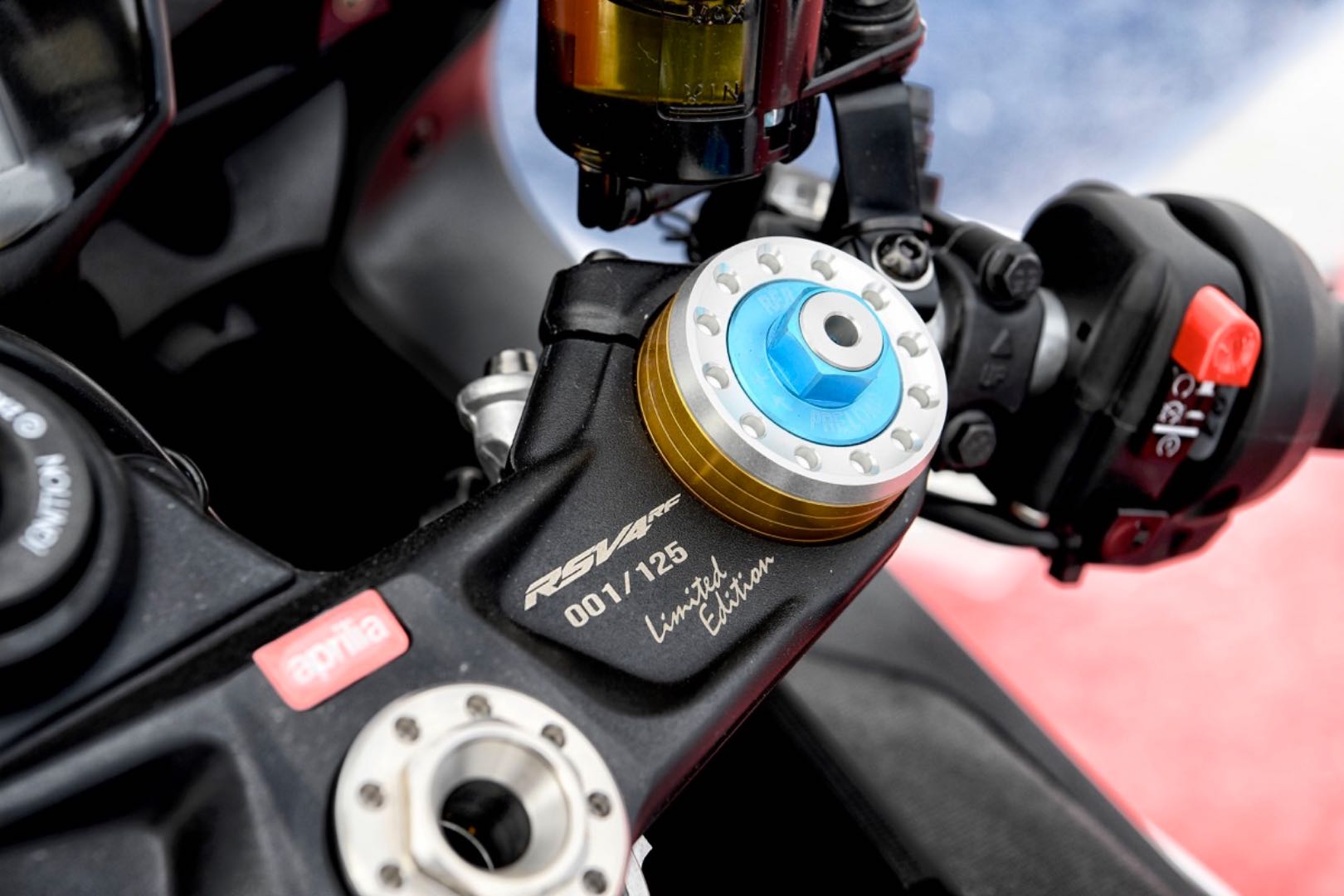 A further distinction of the Aprilia RSV4 RF Limited Edition is represented by the winglets, the aerodynamic spoilers made of carbon fiber. This is technology developed by Aprilia Racing directly on the RS-GP prototype used in the MotoGP World Championship and which, for the first time ever, is now also available for the Aprilia RSV4 too.The final indication of this model’s exclusivity is the “Limited Edition” logo and the unit number laser inscribed on the steering plate. RSV4 RF Limited Edition will be available from late May in the United States at an MSRP of $24,499 and from late June in Canada at an MSRP of $25,495.For additional information, visit Aprilia USA.