For this retro review, we take a look back at the Ducati SportClassic – now a motorcycle high on the collector’s list. Enjoy.

Without a doubt, the Ducati SportClassic GT 1000 is the ultimate in a gentleman’s touring mount. It provides the style, grace, performance and, importantly, the comfort that an experienced rider needs to cover considerable distances while retaining the visceral impact that motorcycling bestows upon us.

Although it creates nostalgic yearnings with spoked wheels, dual shocks, semi-hard bags, and traditional lighting, the Ducati GT 1000 doesn’t play the historical card as aggressively as the Moto Guzzi V7 Classic does.

There is a clear nod to modernity on the GT, thanks to twin 320mm front discs, inverted 43mm Marzocchi forks and a trellis frame. Unlike the now-departed SportClassic Sport 1000 S, which was clearly patterned after the 1974 Ducati 750 Sport, the GT borrows from Fabio Taglioni’s earlier ’71 Ducati 750 GT when presented naked. You even get some chrome on the GT, something that may startle. 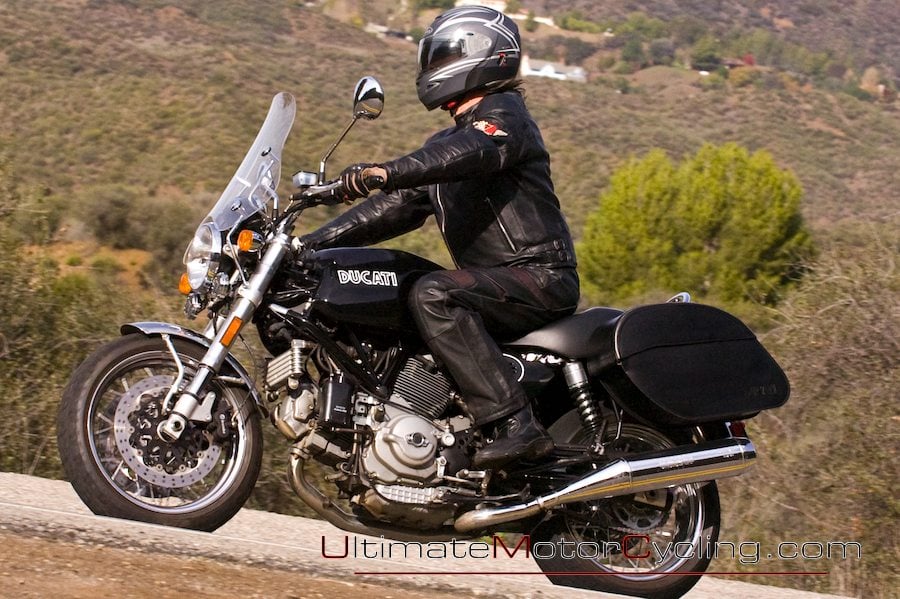 As a bare bones touring motorcycle, the Ducati GT 1000 is virtually flawless. It recalls a time when a touring motorcycle was a standard street motorcycle with a windshield and bags. Ducati seems to move back and forth, sometimes making the bags and windshield standard, other times relegating them to the accessory bin. Regardless, you can take them off if you’re riding for the day without cargo or need for wind protection, or put them on when it’s time to hit the open road for a weekend or so.

On the interstate, the long-legged gearing of the Ducati GT 1000 is perfect. There’s plenty of torque in the old school, air-cooled, two-valve motor–67 ft/lbs at 6000 rpm–for both passing and cruising.

I rarely wound the Ducati 992cc GT up to its horsepower peak of 92 at 8000 rpm, because that’s not what the motorcycle is about. Sure, you can ride it at speed–it is a Ducati, after all–but this is not a motorcycle that should be ridden in a hurry. Relax and let the motorcycle take you along for the ride. Those looking for a more aggressive touring Ducati should consider either a Multistrada or the discontinued ST series machine.

This is not to say that the Ducati GT 1000 is boring. It’s a sport-tourer, to be sure. You can make good time in the canyons, but it may not seem like you are traveling as quickly as you think. Again, your best option for performance is to short shift, let the engine pull and rely on its steady handling to get you through the corners. 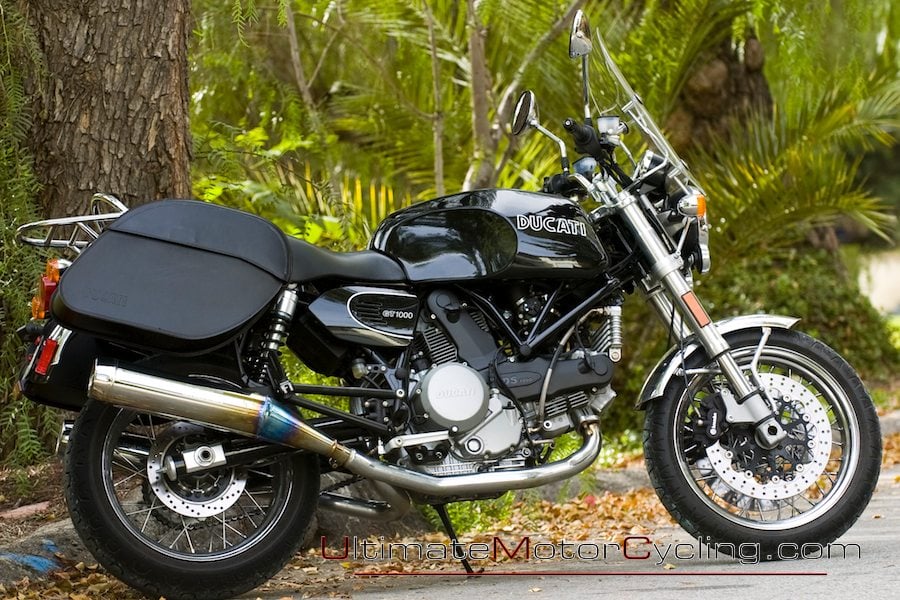 As a bonus, the GT sounds beautiful at low rpm, a reassuring bubbling from the twin stainless steel mufflers. The only thing that slows me down when riding the GT–besides those strong, predictable Brembos–is the slippery seat. The first thing I would do is install another covering–something that would give me at least a little grip when settling into turns.

In town, the 2010 Ducati GT 1000 is a bit reluctant. The impressive torque doesn’t come right off idle and the high gearing makes itself known. Also, the clutch lever has a fairly substantial resistance; it is not a problem when touring or sport riding, but you may notice it in traffic, depending on your grip strength and endurance. None of this is an issue for me, as I would rather have the higher-perched Multistrada in town, anyway.

Speaking of endurance, Ducati SportClassic GT does want you to stop now and then and take a stretch. So, they put a tank on the motorcycle that holds fewer than four gallons. You can easily run through the tank without feeling like you’ve been twisted into a pretzel (a huge problem with the old S 1000).

The GT’s ergonomics, with its raised bars and mid-position pegs, are relaxed and comfortable–perfect for riding through backroads at a comfortable, reasonable, and realistic pace. The suspension, though firm enough for sport riding, is pliable, so you never feel beaten up on mistreated roads. 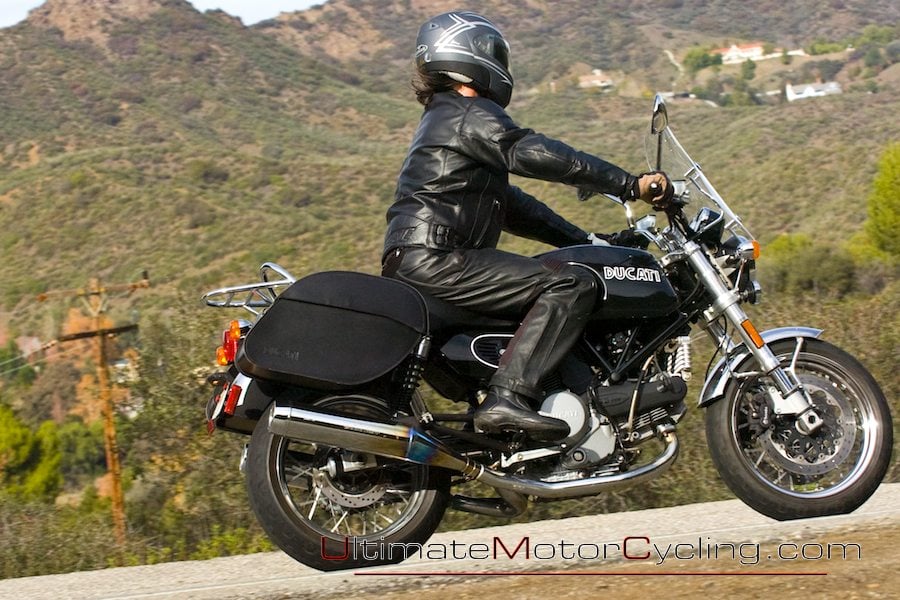 The lockable SportClassic GT bags are roomy, and the opening makes it easy to utilize the space they offer. There is also a small rack on the back for additional cargo hauling. The top of the elegant tank is flat enough for a tank bag, and this is one of the few motorcycles that I think actually looks better with that accessory.

Save for the slippery seat, I am hard-pressed to find fault with Ducati’s execution of the GT 1000. The engine’s sound and feel are Heaven on Earth; the enjoyment promised by the styling of the GT is delivered via modern suspension action and grippy tires. When the horizon calls, you want to turn heads in admiration, and you know that tricky canyons are on the to-do list, one can hardly make a better choice than the 2010 Ducati SportClassic GT 1000.