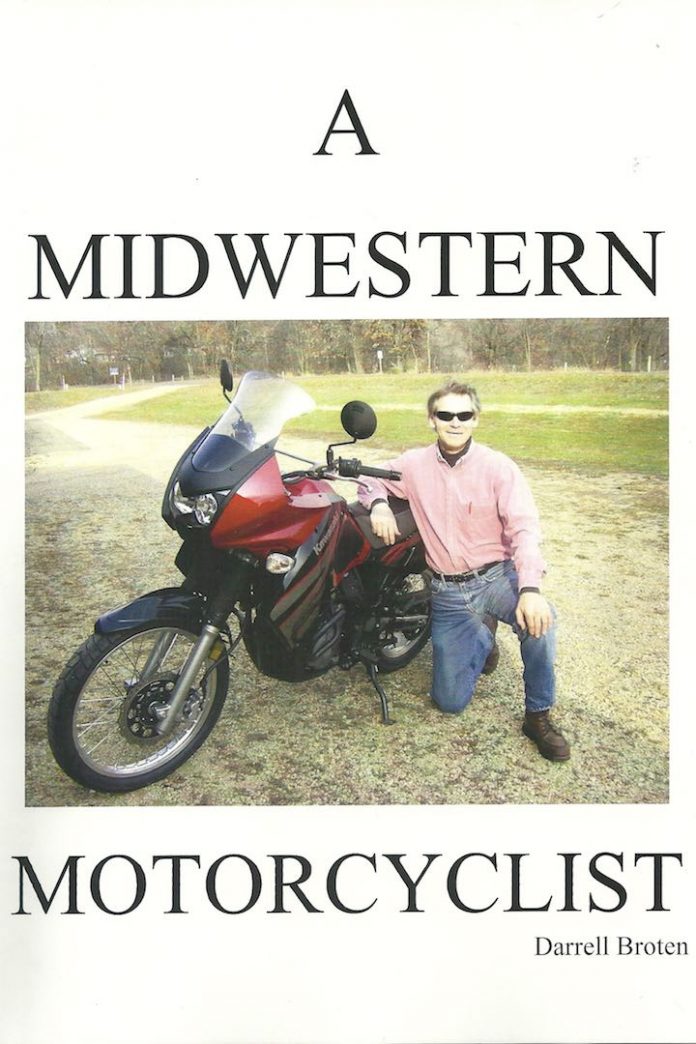 A Midwestern Motorcyclist by Darrell Broten

If you asked Darrell Broten if he is a professional motorcyclist or even a semi-professional motorcyclist, he’d deny it. Yet, he has been riding motorcycles since 1979, and has owned a bevy of them. He has also traveled to the far horizons of North America on motorcycles, and by now has probably pushed the miles he has seen from the saddle past the 200K mark.If you asked him if he is a professional writer, he’d probably blush a little at the question. Yet, he has written a lot of good stuff—mainly about motorcycles, touring, the ups and downs of group rides, the misadventures of owning, maintaining and restoring, bad weather, mechanical failures and much more. 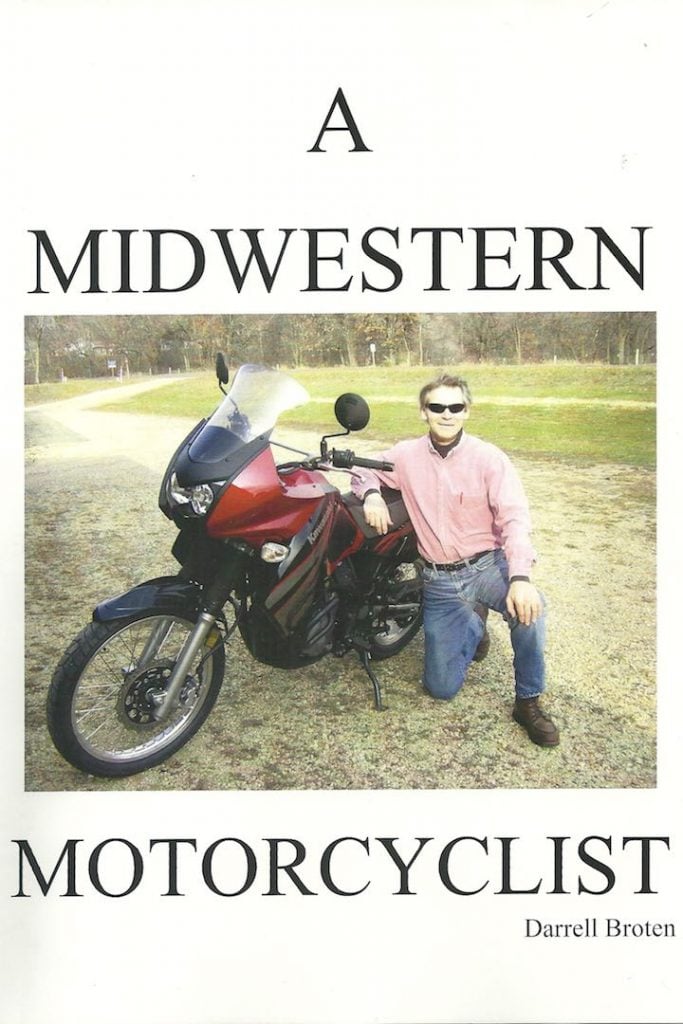 Most likely, he’d readily say he considers himself a true motorcycle enthusiast, even if he’s not so sure the other categories apply. In reading his book, A Midwestern Motorcyclist, it seems fair to say he has some cred in those other categories, as well.A few years ago, Broten decided to compile selections from his writing archives to create that book. His writings most often appeared in articles for newsletters for organizations he belonged to or helped run such as the Gold Wing Touring Association; his own upstart newsletter, Midwestern Motorcyclist; and Thunder Roads magazine. Even though the book was published in 2014, to our knowledge, Ultimate Motorcycling is the first to review it.Broten admits to being a fan of Peter Egan’s writing (see our reviews of his work: Leanings 3 and Leanings 2), and Broten’s book is similar to Egan’s approach in all three of his Leanings books – all of A Midwestern Motorcyclists is made up of individual article-length chapters.That works well – the format allows you to do some reading when you might not have a lot of time, and finish up a long chapter so you don’t end up having to stop reading in the middle of a story. It works great as a saddlebag book you can take on a road trip and enjoy during breaks from the ride.Broten’s stories take you along for the ride, in good weather and in bad. There are some cautionary tales in his narrative and some very sound advice from a rider who on some occasions has learned things the hard way—as have we all.His stories have a special appeal to me because we have traveled some of the same roads—just not at the same time. He has spent a lot of time riding the highways and back roads of central, western and southwestern Wisconsin and provides some excellent insights in to places to go and things to see and do. But his motorcycles have covered a lot of ground beyond Wisconsin, to the far west, the deep south, the northeast and he shares the joys and the pains of long-range riding.The influence of Peter Egan’s storytelling skill shows up in Broten’s writing style, but Broten has a style all his own that sets his first book apart. He speaks the language of all of us average daily riders and he does it well. With a little luck, we’ll see more of Darrell Broten’s stories.If you’d like a copy of his book and/or would like to get on the distribution for his no-cost monthly newsletter entitled Midwestern Motorcyclist, contact him at the e-mail address shown in the book data below.Book Data:For purchase information contact: Darrell Broten  dbroten1134@gmail.comAlso available through: