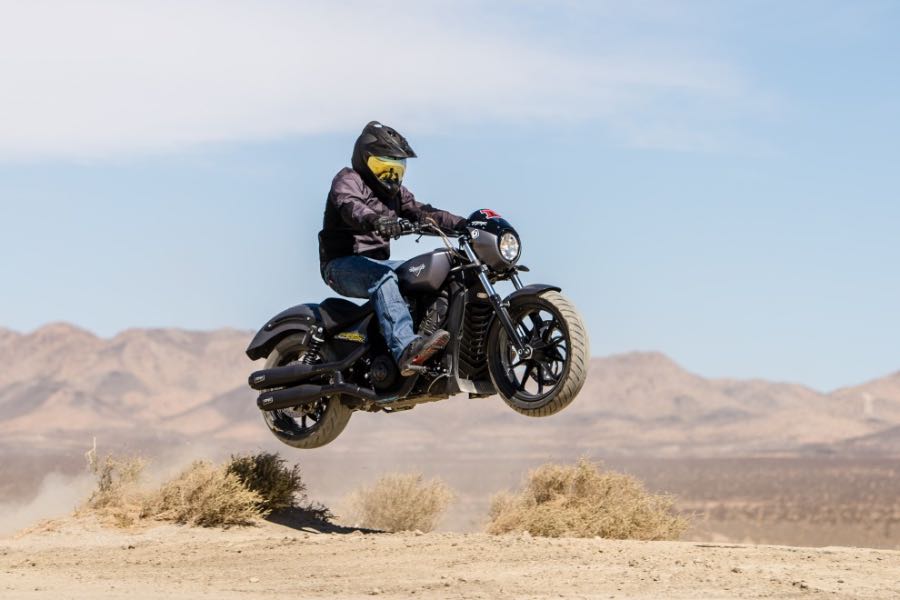 Tony Carbajal has been a staple in the motorcycle stunt community since he began stunting sportbikes in 2004. The Riverside, Calif., native co-starred with Jason Britton for four seasons on former Speed TV’s “Superbikes,” and followed this with a two-season run on Fuel TV’s Stealth Riders.But things changed for 2016 when Carbajal became one of the first factory-supported stunt riders for a brand known for its American cruisers, Victory Motorcycles. Carbajal’s weapon of choice? The Victory Octane.The Octane is the outcome of three Victory custom projects—Urs Erbacher’s Ignition, Roland Sands’ Project 156, which was raced at Pikes Peak, and Zach Ness’ Combustion. The bike arrives with a DOHC liquid-cooled 1197cc V-Twin that produces 104 horsepower and 76 ft/lbs of torque—the perfect amount for some serious cruiser stunting.With Carbajal’s teammate Joe Dryden at the controls, an Octane claimed a Guinness World Record for longest burnout (2.23 miles). To further showcase the talents of the Octane, Carbajal recently took the machine off-road to a dry lake bed for some serious stunting, which included wheelies and jumps.“It was kind of a Mad Max theme,” he explains. “Unleashing some of the Octane’s fury upon the desert.”Carbajal’s machine is stunt ready with little improvements; its only upgrades are a Two Brothers Racing Exhaust, a Conquest Customs Attack front brake kit and official Victory adjustable rear shocks.“It has been my goal to show what Octane is capable of right out of the box with little to no modifications. Whether it be a Guinness World Record burnout, action packed stunt shows, a cruise through the canyons or racing across and jumping in the desert. Octane is a very capable machine.”Photos by Martin Lee Photography