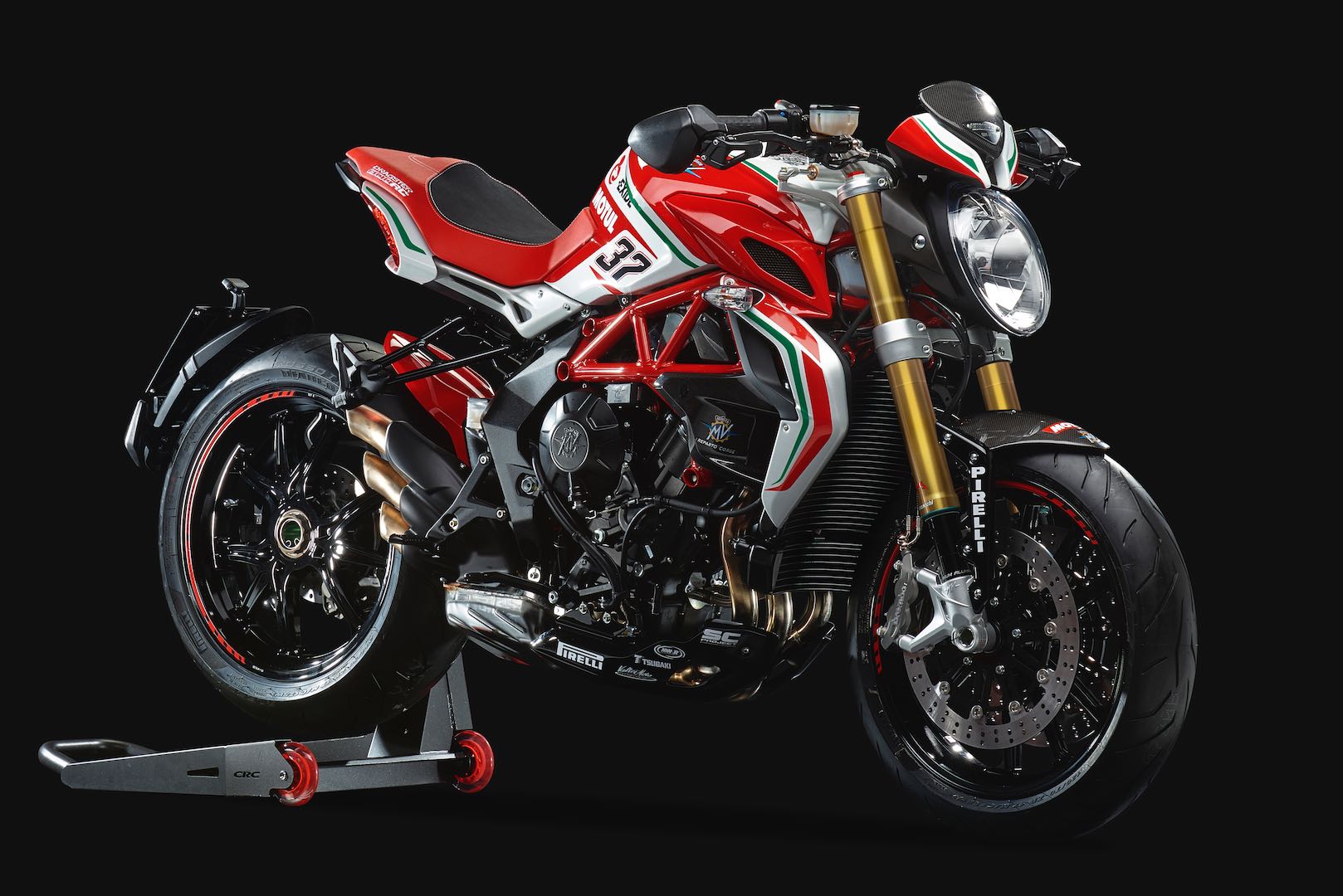 When the MV Agusta Dragster RR was announced, it took the motorcycle industry by storm. Without a doubt, the brash styling quickly made it a formidable contender for the proverbial “bedroom wall” motorcycle that have inspired so many riders over the years. In a surprising twist, MV Agusta has just announced the Dragster RC (Reparto Corse), a follow up to the recently announced MV Agusta F4 RC.It’s easy to move into the realm of hyperbole when speaking on the topic of aesthetics, and on that note, they’re reflections of personal opinion above anything else. But I believe we’re quite safe when we say that the MV Agusta Dragster RC is nothing short of stunning.Sporting the number 37 to signify the amount of world titles the brand has achieved over the years, the Dragster RC has a livery treatment reminiscent of Leon Camier’s World SBK MV Agusta F4. With all of that heritage and styling poured into the already winning combination;, MV has raised the bar for the industry when it comes to curb-appeal.To match those powerful looks, the RC’s three-cylinder 798cc engine is said to produce 140 horsepower at 13,100 rpm, and 63 ft/lbs. of torque at 10,100 rpm. Those numbers should satiate the performance needs for anyone who prefers upright, sport motorcycles. In addition to appealing horsepower numbers, the three-cylinder engine of the RC features a counter-rotating crank shaft, the same technology some MotoGP machines use in an effort to improve handling. And of course, the Dragster RC features the iconic three-port exhaust system that has become synonymous with the F3 and Dragster line.All motorcycle enthusiasts appreciate power, but that is only helpful if we can use it. Unless it can be controlled, that power is often unapproachable for most riders. Complete with a full electronic suite, the Dragster RC will have the same electronic aides found on the F4 RC. 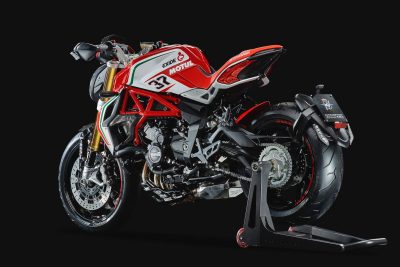 The Motor & Vehicle Integrated Control System allows for fine tuning of power delivery, rev limiter, engine torque, throttle sensitivity, and engine braking. Aside from having three pre-set riding modes, this kind of customization and control is rarely found on production models, and usually only reserved for premier race machines.MV Agusta Dragster RC owners will also find a quick shifting system (up and down) fully-adjustable traction control and Bosch 9 Plus with RLM ABS. Traction control and ABS have become quite ubiquitous in the world of motorcycles, but not to this extent.The gorgeous Dragster RC will have the ability to dial-in rear wheel spin, along with rear-wheel lift settings; another carry over from the RC’s deep racing pedigree. Suffice to say, the Dragster RC was never designed for the faint of heart; it proudly wears the race earned badges of its ancestry.Gold, fully-adjustable, Marzzochi 43mm forks accent the entire package beautifully, and in the rear, a fully-adjustable Sachs shock completes the heavy lifting. With most Italian machines, we’d expect nothing less than Brembo monoblock calipers, and 320mm rotors up front. In that regard, MV Agusta has not disappointed. In the rear, braking duties are handled by a 220mm rotor.The MV Agusta Dragster RC is another fine addition to the Varese based brand’s glowing trophy case. Built as an ultra-exclusive model with only 350 units being produced, no price point has been set. If the F4 RC is any indication, it won’t be cheap. Let’s not fuss about price, or consider the prospect of pulling out second mortgages while simultaneously looking up accent lighting for the Dragster RC’s place in the living room; for now, let’s sit back and enjoy.