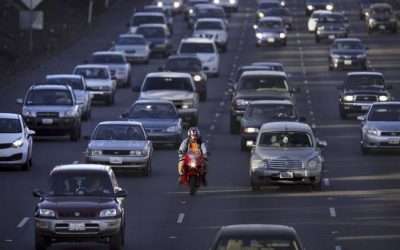 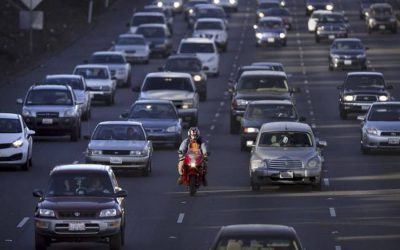 California’s lane-splitting law, AB 51 has had quite an adventure this week. On Monday, the California State Senate unanimously voted in favor of the bill. From that point, AB 51 went back California State Assembly for Concurrence which was successfully achieved with a resounding 74-0 vote on August 5th. Now, AB 51 is off to the desk of California Gov. Jerry Brown for the final approval.AB 51 is the brainchild of California State Assemblyman Bill Quirk (D). When first proposed in 2015, the bill stipulated speed perimeters which caused quite a commotion within the motorcycling world. After receiving quite a bit of negative feedback, Quirk and his team went back to the drawing board, returning with the amended version of AB 51.In its current form, the lane-splitting bill serves only to allow agencies such as the California Highway Patrol (CHP), Department of Motor Vehicles (DMV), Department of Transportation (DOT), The Office of Traffic Safety (OTS) and “a motorcycle organization focused on motorcyclist safety” to create guidelines on how to lane-split safely.Surprisingly, that is one of the major issues with lane-splitting; many drivers are uneducated on the matter and feel that is it illegal or dangerous, both of which are untrue. Studies have shown the benefits of lane-splitting in regards to safety and in a world full of inattentive drivers, I’ll take all the help I can get. The problems surrounding lane-splitting seem to stem from a lack of education on the matter.If the aforementioned state agencies are involved spreading awareness, that means that all prospective drivers will now be informed of the act while applying for new licences. That seems like a win, to me. However, there are some worries and most of them stem from apprehension regarding further regulation. Many critics see this as the first step to the dismantling of lane-splitting and while that possibility exists, this seems like a progressive step, as opposed to a regressive one.If you support the bill, make your voice heard. Though AB 51 has made it through the legislative process with flying colors, that can all change without continued support. Lane Splitting Is Legal, a California based lane-splitting advocacy group, has posted a helpful sample letter that can be sent to Bill Quirk’s office in support of the bill. Send all letters of support to Assemblyman Quirk’s Chief of Staff Tomasa Dueñas at Tomasa.Duenas@asm.ca.gov, by August 10 at noon.This is a big step in the United States—one that is long overdue. Lane-splitting is recognized and accepted throughout the world, so let’s use this law as an example of what could be, in your home state, for your grassroots movement.Sources: Lane Splitting Is Legal