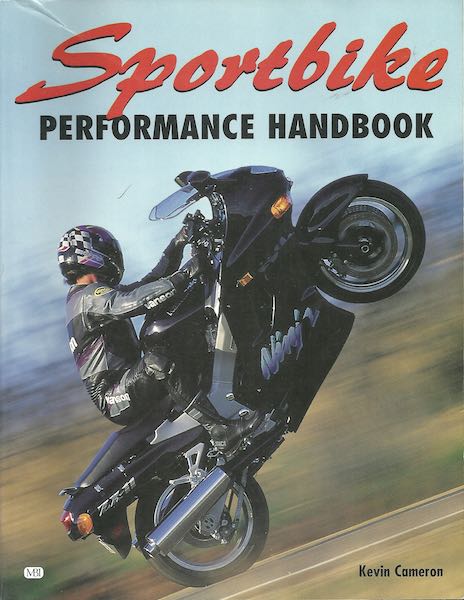 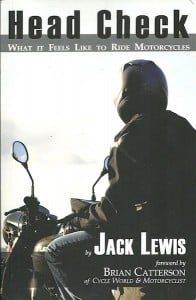 Over the past three years, since we started offering reviews of the latest in new motorcycle literature and some of the greats of the past in our “Rider’s Library” section, we have come across some enlightening, entertaining and profound reading. In all, we’ve done reviews and retro-reviews on 70 motorcycle books. With so much more out there, we’re not done yet.We thought that on the occasion of marking three years of stocking the shelves with some of the best in motorcycle literature, we’d take a look at the top 10.As with many of our top-10 offerings, we are basically winging it so if a book you happen to have read and feel is much better than any we picked, that’s fine. Our criteria are just that—our criteria. Quite arbitrary, in fact, but yet, we do intend to have at least some semblance of a reason for our selections.Also, since the books vary so much in content and approach, we are basically naming what we felt were the best book selection of a given type or category. So, even if a book sits at number ten in our hit parade, it is really number one among the books we’ve seen in that category.

Top Technical: “Sportbike Performance Handbook,” by Kevin Cameron is admittedly a bit out of date, having been published in 1998. However, Cameron makes this book much more than a glamorized catalog of bolt-on performance upgrade parts. In amazingly clear, jargon-free plain English, Cameron not only tells the reader what performance upgrades can be done but explains how those changes make improved performance happen.The physics, the chemistry and the dynamics of how things work that Cameron explains make the book valuable and viable in any model year. Thus, what he explains about brakes, suspension, engine mods, transmissions and pretty much anything else pertaining to enhanced performance translates from bikes of that era to this. See our Sportbike Performance Handbook review.

Top Biography: “Sheene,” by the U.K.’s Brian Tarbox tells the story of the late world champion. Barry Sheene brought luster and personality to Grand Prix motorcycle road racing. Tarbox wrote and edited the uniquely formatted “bookazine” about Sheene’s incredible career from the perspective of someone who was also in the motorcycle business as it all happened.Lavishly illustrated with racing action shots and many non-racing images that bring the reader close to Sheene as a person, Tarbox lets us see his temperament, sense of humor and sheer grit. “Sheene” is an essential book for the library of any serious motorcycle racing fan. See our Sheene review.

Top Anthology: “Leanings,” “Leanings 2” and “Leanings 3” by Peter Egan condense much of the best of Egan’s remarkable motojournalism career into three volumes. His writing spans the breadth of motorcycle experience; funny, informative, introspective, retrospective, poignant, reminiscent and just down-right entertaining. Egan’s collection is so good because it is so relatable.Chances are, we will all see ourselves in his predicaments, with his interests, with him on a favorite road or trail—and in those stories we don’t, he takes us along on a totally new ride. Read our review of “Leanings” and “Leanings 2”  and “Leanings 3”.

Top Harley-Davidson history: “Harley-Davidson the Legend,” by Oluf Fritz Zierl, and co-author/photographer Dieter Rebmann easily outweighs any book we’ve reviewed in both a physical sense, weighing in at 9.7 lb., as well as content. The field of books on Harley-Davidson is the most crowded of any brand—we’ve reviewed seventeen here so far.With uncommon precision and detail, Zierl and Rebmann recall the creation of the Motor Company and the struggles that went with it. As an officially licensed product of Harley-Davidson, originally released in 1998 to coincide with Harley’s 95th Anniversary, the book combines a two-volume set into one immense, updated book that was released in 2000. Read our Harley-Davidson The Legend review.

Top Single-brand history: Yes—technically, the books on Harley-Davidson history should fall into this category, but with so many books devoted to Harley-Davidson, we felt it created a situation where some great books on brands that don’t have as many might get crowded out. So, in our arbitrary fashion, we decided to create this category to prevent that.What was not so arbitrary is our choice for the top book in this category, “The Complete Book of Classic and Modern Triumph Motorcycles 1937 and Today,” by Ian Falloon. Falloon has spent a career writing about motorcycles, with heavy experience in Triumph machines. That experience is brought to bear in creation of his masterpiece on the brand. See Triumph Motorcycles book review.

Top Motorcycle Encyclopedia: We have seen a number of books that tout themselves as a “complete encyclopedia” of motorcycles, but in our book—pardon the pun—there is really only one that comes close, “The New Illustrated Encyclopedia of Motorcycles,” by Edwin Tragatsch, Second Edition, edited and updated by Kevin Ash.Covering more than 2,500 marques and illustrated with more than 1,000 images, all other contenders are light reading in comparison. Read our review of the first and second editions here: Motorcycle Encyclopedia.

Top Café Racer book: “Café Racers—Speed, Style and Ton-up Culture,” by Paul D’Orleans covers the eclectic world of the café racer with clarity and completeness.From early motorcycle history to the evolution of the café racer, this robustly illustrated book tells the story of one of the most popular individual customization styles ever put on two wheels.Read our Cafe Racers – Speed, Style and Ton-Up Culture review.

Top Chopper book: “Choppers Heavy Metal Art,” by Mike Seate elevates the sometimes reviled form of motorcycle known as the chopper to high art.His book, spectacularly photographed by Michael Lichter, not only illustrates the artistry of some of the most striking choppers ever built, but takes the reader inside the realm of the artists who created them. Read our Choppers: Heavy Metal Art review.

Top Memoir: “Beyond My Wildest Dreams,” by the late David Manthey is probably not something any literary critic would rave about. Manthey was not a professional writer nor was he a professional motorcycle rider, though he did run a cycle repair shop for several years.His book doesn’t sell itself on classic writing style, or even perfect grammar and punctuation. It is the exuberance and simplicity of his telling of the story that makes it work; a story of how his passion for the Munch Mammoth motorcycle changed his life in many unexpected ways.Manthey ended his book, which was published in 2000, with his typical optimism, saying, “The wheels are still turning, what a ride. I can’t imagine what I’ll do next, but full speed ahead. To be continued…” Sadly, Manthey died only eight years later without writing that next chapter.   Read our Beyond My Wildest Dreams Review.

Top Motorcycle-themed Literature: Jack Lewis takes the overall literary crown with his new book, “Head Check-What Feels Like to Ride Motorcycles.” To be honest, there’s a lot more to Lewis’s work than what it feels like to ride motorcycles. Some of what Lewis writes about is not easy to read; it gives you a sense of unease, like you’re about to step on a land mine on the next page.But, he gets you through it and you find yourself flying page after page to the humor, irony and quirky prose that Lewis has made his trademark. He even signs the copy you order from his publisher, Litsam’s website. Who knows, some day that signed first edition might have the value of a scuffed up book signed by some guy named Hemingway! See our Head Check – What it Feels to Ride Motorcycles review.