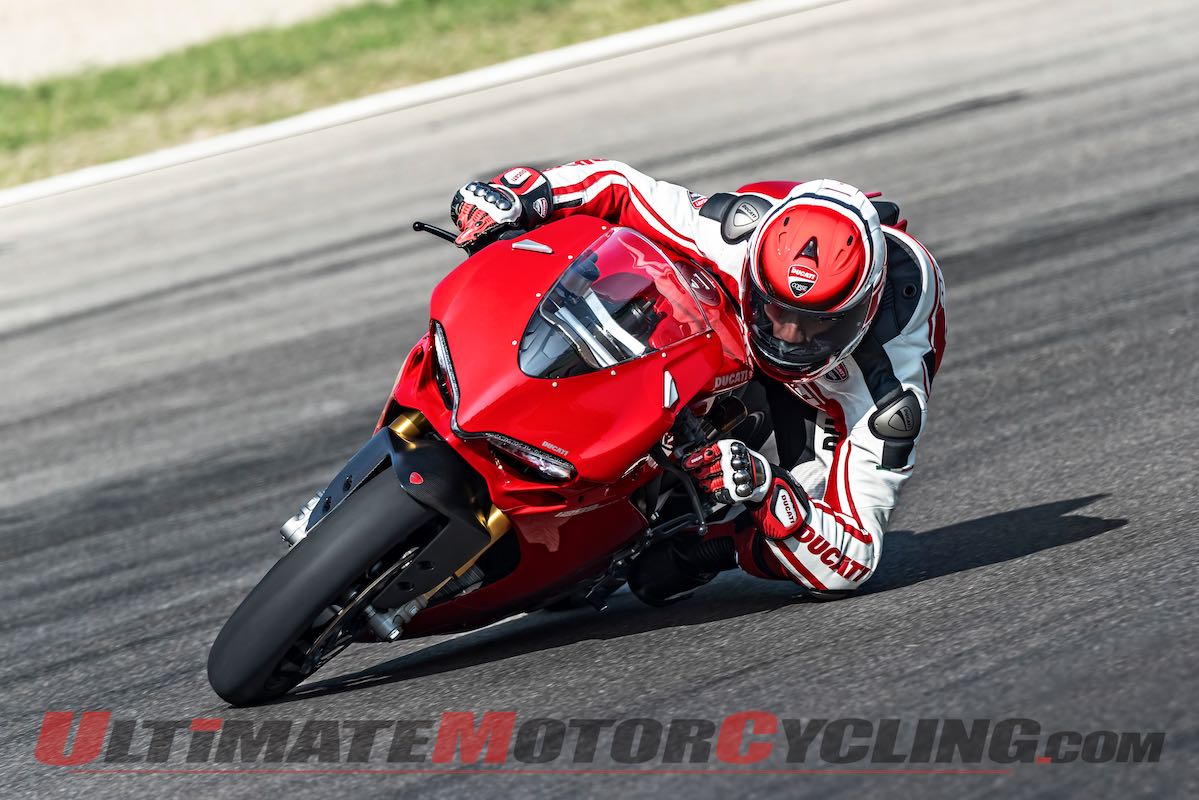 2015 Ducati 1299 Panigale TestRaw but refined is one way to describe the amazing power of Ducati’s latest superbike, the 1299 Panigale. The 1299 replaces the 1199 Panigale that debuted in 2011, and now has cylinders that approach the sizes of big-block muscle cars.Ducati achieved this increased displacement by bumping the bore of the Superquadro L-Twin from the 1199’s 112 to 116; the stroke remains the same at 60.8mm, giving the bike a bore/stroke ratio of 1.91 – something unheard of in the motorcycle industry.Thanks to this, and a redesigned Ducati exhaust system, the 1299 Panigale produces 205 horsepower at 10,500 rpm, and a asphalt-tearing 106 ft/lbs of torque at 8750 rpm. And all this performance is wrapped inside package weighting just 367 lbs. (dry). The powerplant is complimented by the most sophisticated Ducati electronics to date, including Cornering ABS and Ducati Wheelie Control.The 1299 Panigale recently got its first official post-production shakedown with Ducati Test Rider Alessandro Valia at the controls. 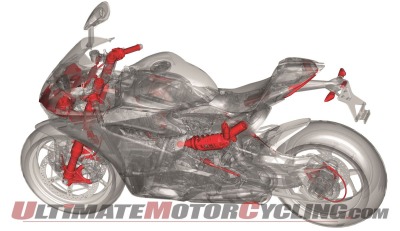 Valia posted a best lap time of 1:55.3 at the Mugello Circuit in Italy aboard a 1299 Panigale S. To put this time into perspective, the Circuit Record at Mugello for MotoGP prototypes is a 1:47.639 (Marc Marquez, Repsol Honda, 2013). For a fully-street legal ride, Valia’s lap time is no joke.Following the Mugello test, Valia offered some impressions.“With the new Panigale I expected an increase in performance, but the final result has surpassed those expectations,” Valia says. “This is not just a sensation, but a concrete result. During my first test of the 1299 Panigale S on the Mugello circuit, in fact, I managed to obtain a best lap that shocked me: 1:55.3!“A really incredible time for a production bike – with lights, turn signals, and mirrors – made possible thanks in part to powerful thrust from the new 1285 cc Superquadro engine with 205 hp and monumental torque.”Besides the revamped engine, Ducati also upgraded the chassis. The monocoque chassis now has a steering head angle of 24 degrees to “guarantee” increased agility when cornering, while the swingarm pivot is 4mm lower allowing for increased rear traction in a variety of situations.“Also fundamental are the improvements to the bike’s frame. The new steering head angle and other changes to geometry have produced tangible benefits especially for large-radius curves, making the front end more stable, precise, and effective in finishing turns,” Valia says.“Moreover, thanks to the new Öhlins Smart EC suspension, which also includes the very useful electronic steering damper, the 1299 is able to move seamlessly from maximum track performance to comfortable road use, making even the return trip to Bologna a pleasure, despite the bumpy roads which characterize the Giogo or Futa passes.”Stay clicked to Ultimate MotorCycling for a First Ride of the Ducati 1299 from Portimao in Spain.