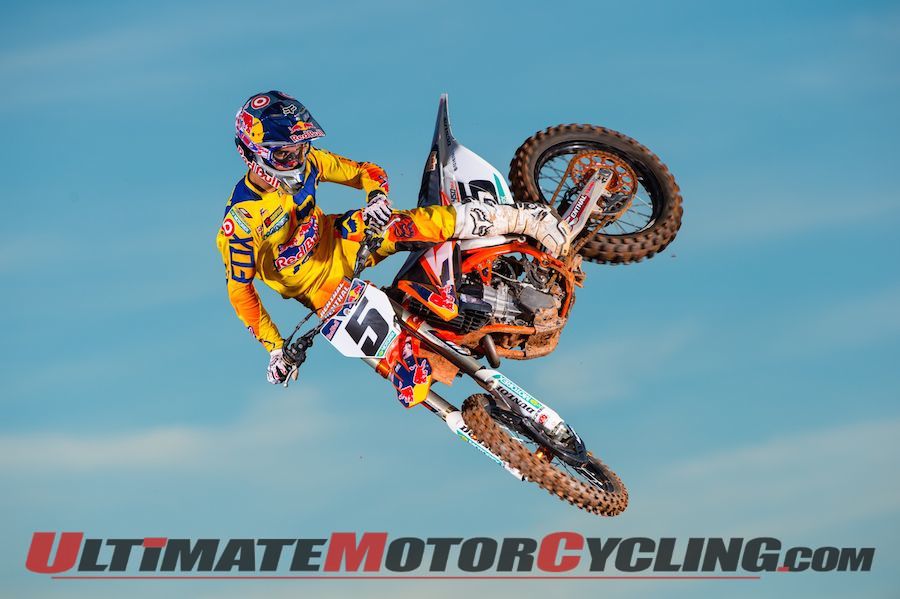 Red Bull KTM Factory Team LaunchEarlier this month, KTM launched its factory and satellite teams that will compete in the 2015 Monster Energy Supercross and AMA Motocross championships.Highlighting the launch was the Red Bull KTM Factory team, which returns with Ryan Dungey and newcomer Dean Wilson, who formerly raced for Kawasaki.These two factory SX-F450 Factory Edition pilots will be guided by the legendary team manager, Roger DeCoster.Piloting the factory SX-F250 motorcycles in the 250 class will be Marvin Musquin and newcomer Justin Hill – also a transplant from Kawasaki.As for satellite teams, BTO Sports KTM will contest SX-F450 machinery with the returning Andrew Short and newcomer Justin Brayton. The other satellite team will be Troy Lee Designs KTM, who will use the skills of Jessy Nelson, Shane McElrath and Darryn Durham.KTM recently released the attached video that highlights the factory team launch. For additional on KTM in 2015 SX, click here.