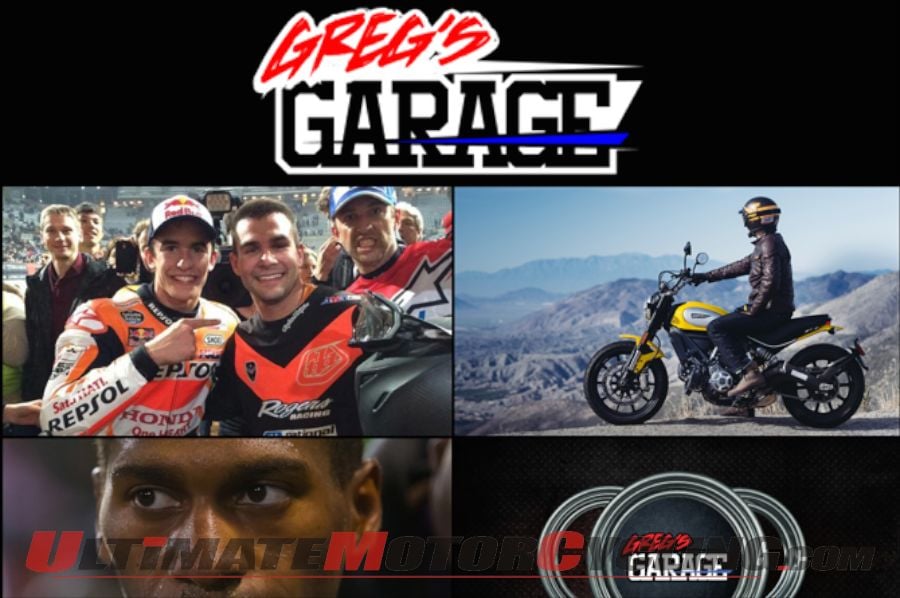 Greg’s Garage #42 Video
The latest episode of Greg’s Garage – #42 – was released this week. During the over eight-minute webisode, Greg White – a well-known powersports enthusiasts that hosted shows like Two Wheel Tuesday – talks about the latest happenings in the world of motorcycles.Highlighting the episode are stories about the suspension of Yoshimura Suzuki’s James Stewart and the Superprestigio Flat Track race in Bacelona, Spain, where the reigning MotoGP Champion Marc Marquez beat AMA Pro Flat Track star Jared Mees.White catches up with Mees via Skype, who discusses the challenges he faced while competing agains the young sensation that is Marc Marquez.White also talks about the new Ducati Scrambler, which was just launched to the press last week in California.Enjoy!