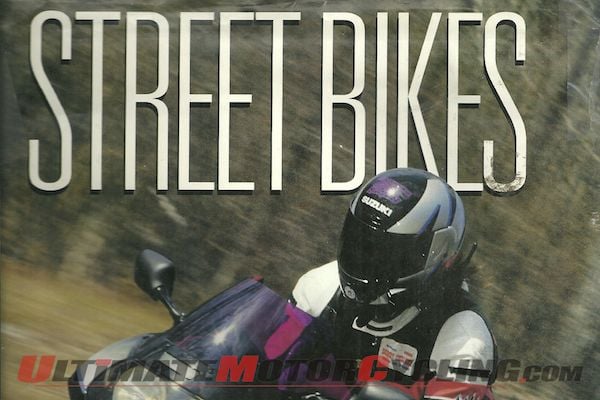 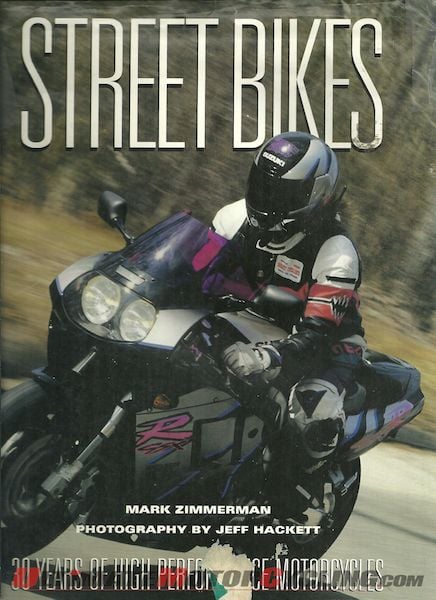 Motorcycle Library Retro ReviewFrom the 1960s to the mid-1990s, some of the most interesting and commanding high-performance street motorcycles were built. They came from Britain, the U.S., Japan, Italy and Germany.Most of them helped define the motorcycle as it is today, at least in one respect or another; a couple redefined high performance itself. Taken together they helped create what is today called the Superbike.By the time Mark Zimmerman penned “Street Bikes – 30 Years of High Performance Motorcycles,” he had more than a quarter of a century’s experience building, restoring, riding and racing motorcycles.His writing career extended back about as far as the technical editor for Old Bike Journal and as a contributor to many other titles. He had a pretty good handle on what defines a superbike and his book demonstrates it.His collaborator on the book, Jeff Hackett is a professional photographer with more than 20 years’ experience with motorcycles himself.Together, Zimmerman and Hackett produced a great book about some of what we recognize today as not only the best superbikes of their time but game-changers, as well.Zimmerman does not miss the fact that some of the best bikes of the sixties, where he starts his main body of work in the book, owe their state of advancement to bikes that pre-dated the seventies term “superbike” but were the superbikes of their day, nonetheless.Brough-Superior, Crocker, Edwin Turner’s Triumph Speed Twin, Harley-Davidson’s EL “knucklehead,” the BSA Gold Star, Norton’s International, Vincent’s A series V-twins and Velocette’s KTS to name a few.In all, Zimmerman examines only 16 motorcycles, but he examines them well and explains their respective place in history and how they achieved it. He’d be the first to agree that there would be others that might deserve inclusion in this elite group, but his narrative leaves little room for argument about the bikes he did choose.For example: Triumph’s Bonneville and Trident (including images of Craig Vetter’s version, the X-75 Hurricane), Harley-Davidson’s Sportster and the Norton Commando (all in the 1960s), Honda’s CB750, Kawasaki H1 and H2, Ducati 750 SS and BMW R90S (all in the 1970s), Honda’s V45 Interceptor, Ducati’s 750 F1, and Suzuki’s GSX-R bikes (all in the 1980s) and the Yamaha FZR 1000 and Kawasaki ZX-11 from the 1990s.With 81 of Hackett’s prime color images and Zimmerman’s insightful narrative, spread over the book’s 80 9” x 12” pages, if there is a complaint to be made about it, it is that you’ll wish there was more of it.Book Data:Note to readers: many of the books that we’ll feature in Rider’s Library may be out of print and some may be difficult to find. That could be half the fun. The Internet should make the search relatively easy but ironically, none of the books currently scheduled for eventual retro-review for the Rider’s Library section were found with the help of the Internet. They all were found at book stores, used book stores, antique shops, motorcycle shops, yard sales and so on.