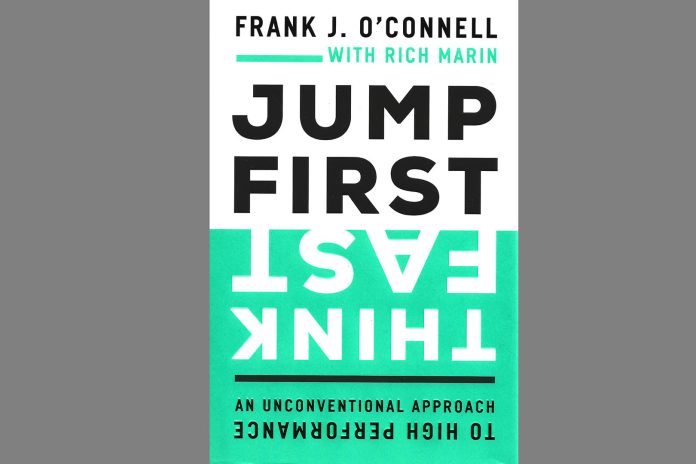 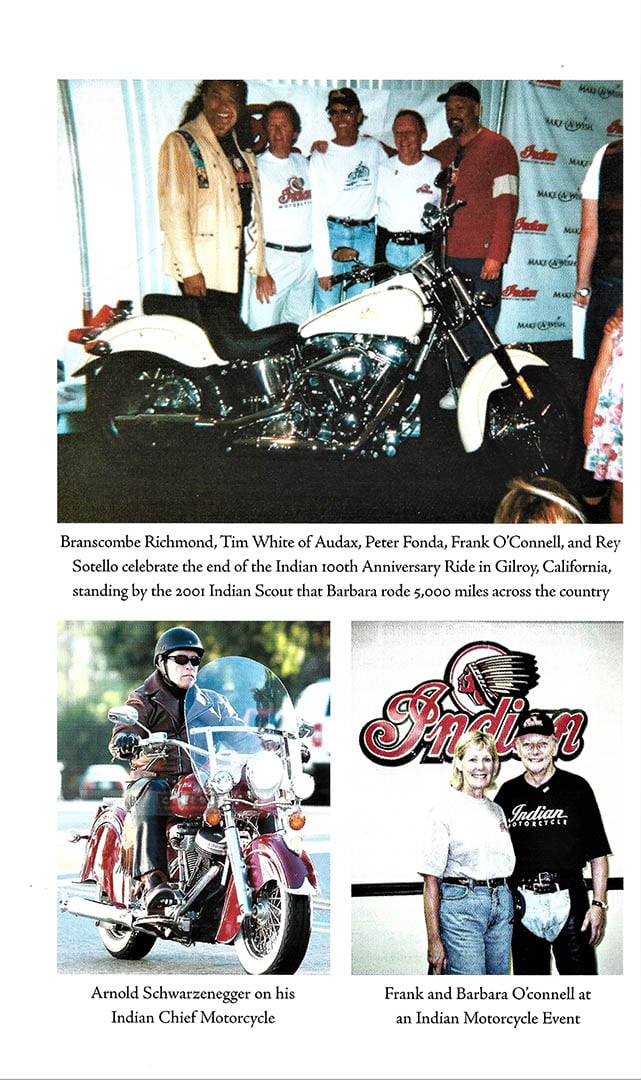 Most importantly to the readers of Ultimate Motorcycling, O’Connell was on the board of Moto Guzzi and CEO and Chairman of the Board of Indian Motorcycle in the Gilroy era. This part of his story is covered in depth in Chapter 12 of “Jump First, Think Fast”.There has been a lot of lore and assumption about what happened to the Gilroy Indians—much of it incorrect. O’Connell tells the inside story of how, even with his extensive skill set brought to bear, the company’s long list of operational and financial problems could not be overcome.O’Connell is a long-time fan of the Indian brand. When the new owner of Indian, Summerfield Johnston, realized he needed top management talent to run the company and make it profitable, he met with O’Connell to recruit him for the project. 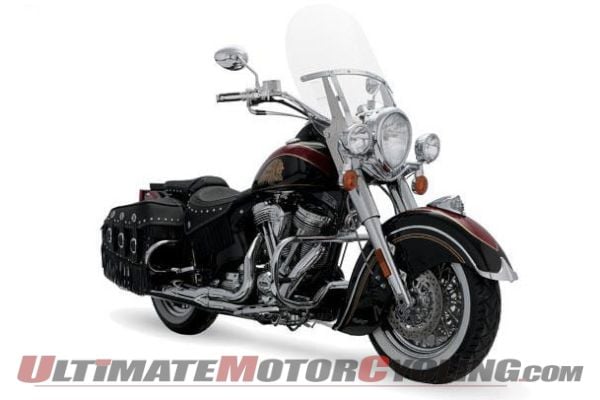 O’Connell did his due diligence on a visit to the Gilroy plant, which included his first ride on a brand-new Gilroy-built Indian Chief. Despite a less-than-perfect test ride where the bike developed a high-speed rear wheel shimmy, he liked what he saw on the shop floor and agreed to come on as a consultant. Soon, Johnston asked O’Connell to join the company as President and CEO, which he accepted.One of the first things O’Connell did was a deep dive into the operations at the Gilroy plant. That resulted in a top-ten list of problems to be solved. Among them, and perhaps the most daunting, was the need to convert the operation from what was essentially an oversized custom bike assembly shop using off-the-shelf parts from many independent vendors into a genuine OEM manufacturer using in-house components, subassemblies, and quality standards. In O’Connell’s assessment, the most resource-intensive part the company needed was its own branded engine to replace the S&S Cycle powerplants being used.O’Connell also found that parts were being interchanged and substituted on the assembly line when specified parts ran out, just to keep the line moving. That resulted in uncontrolled variations in build quality, poor reliability, and extremely high warranty service costs. Trained product design experience, engineering, and manufacturing talent were in short supply at Indian. 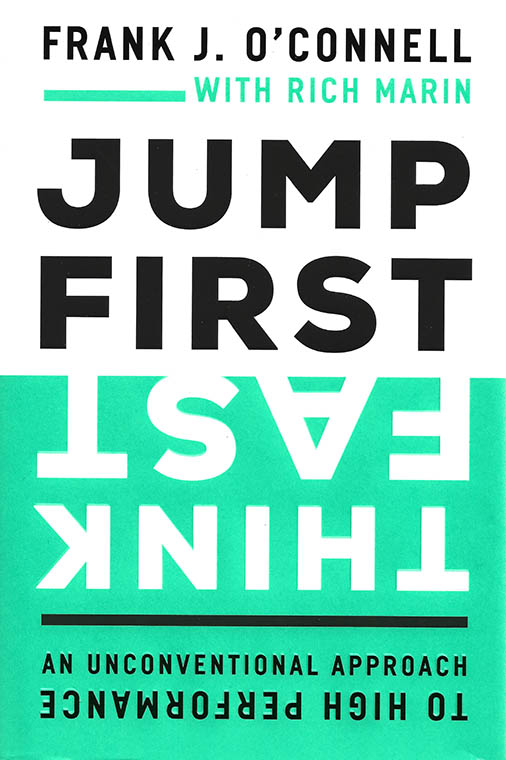 Manufacturing and distribution of apparel and accessories were handled in-house, instead of licensing to other manufacturers.Perhaps the most pressing needs O’Connell identified were to instill a culture change to elevate product quality over simply getting bikes out the door. He wanted to capitalize on the transition to manufacturing using bespoke parts, rather than building motorcycles with mismatched vendor bits and pieces.O’Connell recommended a range of options to address the company’s many challenges. He even recommended consideration be given to moving manufacturing of the Indian-branded machines to a third-party company, such as an experienced manufacturer of motorcycles, ATVs, or other vehicle types.O’Connell also suggested the company could focus on developing the Indian brand affinity with consumers by promoting it with apparel and accessories. This would buy time to make the necessary changes to the motorcycle’s manufacturing processes and product designs, which could be re-introduced later.Despite all the problems, O’Connell determined that the public still had an impressively positive attitude toward the brand, and the potential market was strong. However, he also saw that building a bridge between the company’s current financially depleted condition and its potentially profitable future would take time and even more cash than the $100 million Johnston had already invested.O’Connell saw the example of the short-lived revival of Excelsior-Henderson motorcycles, one of which he had purchased in 1999, as a cautionary tale—and a bad omen for Indian. O’Connell said the Excelsior-Henderson revival burned through more than $100 million invested for start-up, building only 1,950 examples before ending up in Chapter 11. O’Connell writes that the Excelsior-Henderson calamity showed the cost to start up a motorcycle manufacturer “is not $100 million, it’s closer to $1 billion.”Any strategic options O’Connell could offer would require significant additional capital, time, and talent investment. He was able to recruit some top talent in the automotive manufacturing industry. Those hires produced some excellent promotional initiatives, including working with Arnold Schwarzenegger for product placement of Indians in Terminator III and Arnold’s personal collection.O’Connell also succeeded in attracting a large investor—Audax Private Equity. Audax acquired the company and provided a major infusion of cash.By 2003, the company had completed the design of a proprietary Indian V-twin engine—the Power Plus 100. The dealer network continued to expand as product build quality improved and sales grew.O’Connell and his new team had things turning around, but time was running out. “We eventually reached production of 5000 bikes per year,” he writes. “We could break even at about 7000.”Despite substantial progress on key fronts, the company’s financial picture remained grim. A new CEO was brought in, and O’Connell was moved to Chairman of the Board. His focus shifted to raising more investment capital and looking for manufacturing partners with relevant experience and infrastructure. Among them were Harley-Davidson, Polaris, and somewhat covertly, BMW Motorrad. Despite genuine interest, none of those potential partners came on board.In the end, the company went through the California Receivership Liquidation Process, eventually ending up in the hands of Polaris in 2011.While O’Connell could not reverse the situation in time to save the company, his insights allow the real story of the Gilroy Indian motorcycles to finally be told.“Jump First, Think Fast — An Unconventional Approach to High Performance” includes much more than the story of the Gilroy Indians. The book, co-written with Rich Marin, covers O’Connell’s formative years growing up on the family farm in Ovid, New York, the inspiration he drew from the strength of his mother, his education (both formal and on the job), and his various leadership challenges from a baking company to Reebok Pump shoes to trading cards.His insights make fascinating reading no matter what stage of his career he is talking about. So, if you are in business at almost any level and of any type, in addition to being an avid motorcyclist, Frank O’Connell’s book has something you’ll enjoy—and learn from. Indeed, “Jump First, Think Fast — An Unconventional Approach to High Performance” is recommended reading for any business, manufacturing, or engineering course curriculum.“Jump First Think Fast an Unconventional Approach to High Performance” Fast Facts“Jump First, Think Fast — An Unconventional Approach to High Performance” Price: $26 MSRP