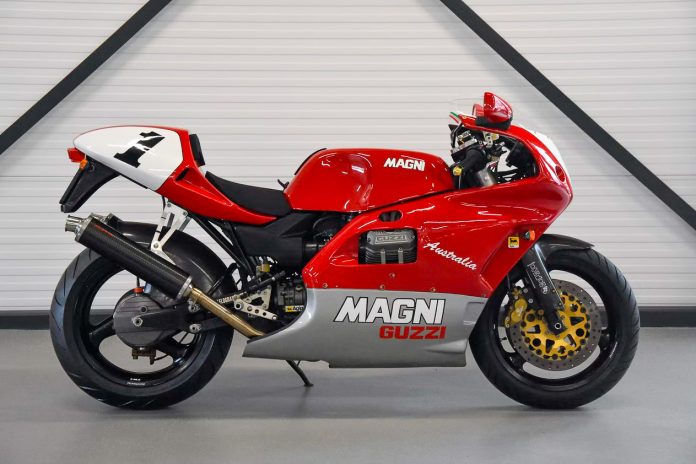 The noteworthy Superbike Sunday global online auction begins today, the first-ever such event from Collecting Cars. Based in London, with offices in Los Angeles, Toronto, Munich, and Sydney, Collecting Cars has moved 6500 lots that generated $285 million in sales. The auction runs through April 24.Let’s take a quick look at a sampling of the desirable collectible motorcycles in the Superbike Sunday auction. 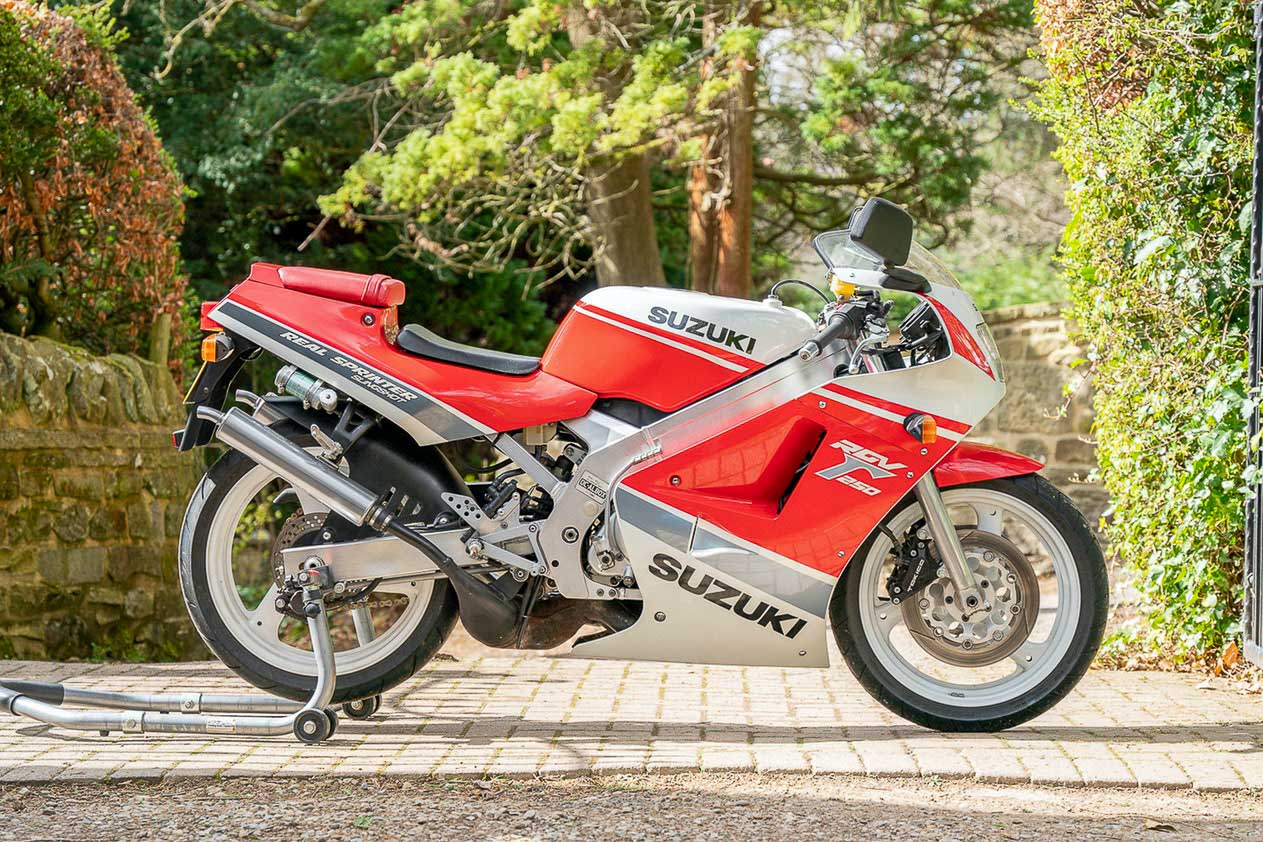 1990 Suzuki RGV250 VJ21A 249cc liquid-cooled V-twin two-stroke lurks behind that fairing, nestled in a twin-spar aluminum frame. The motor is fed by Mikuni carburetors sending a charge through reed valves, with the exhaust routed through two lightly muffled expansion chambers. This Suzuki has just over 23,000 miles and was serviced this month. 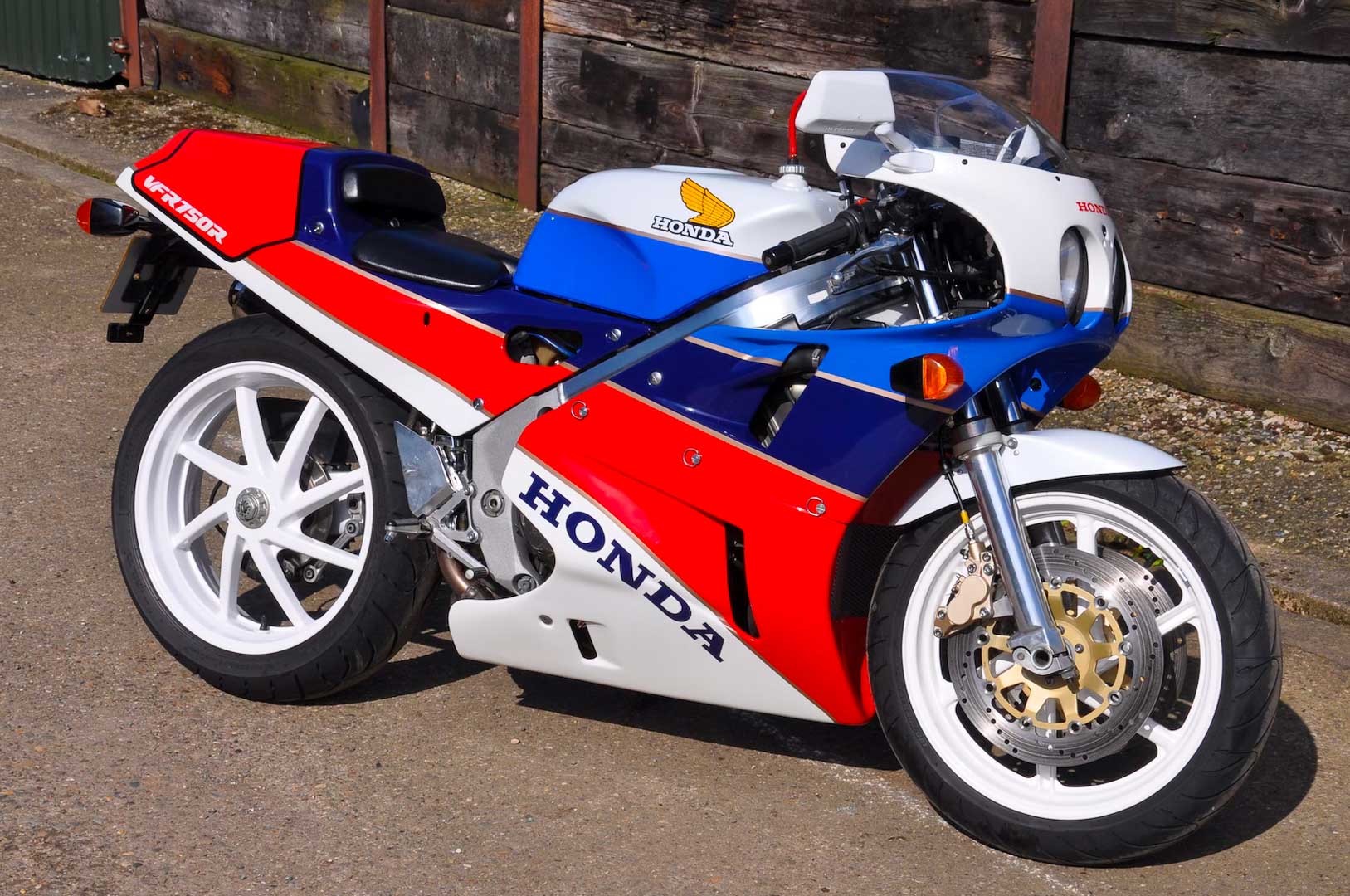 1998 Honda VFR750R RC30Honda built just 3000 examples of the 1998 RC30 for World Superbike homologation. Although it has over 41,000 miles on it, this RC30 has been maintained by Rick Oliver, who specializes in exotic Hondas. Upgrades include EBC front discs, an Ignitech CDI, and suspension setup by MCT Suspension. 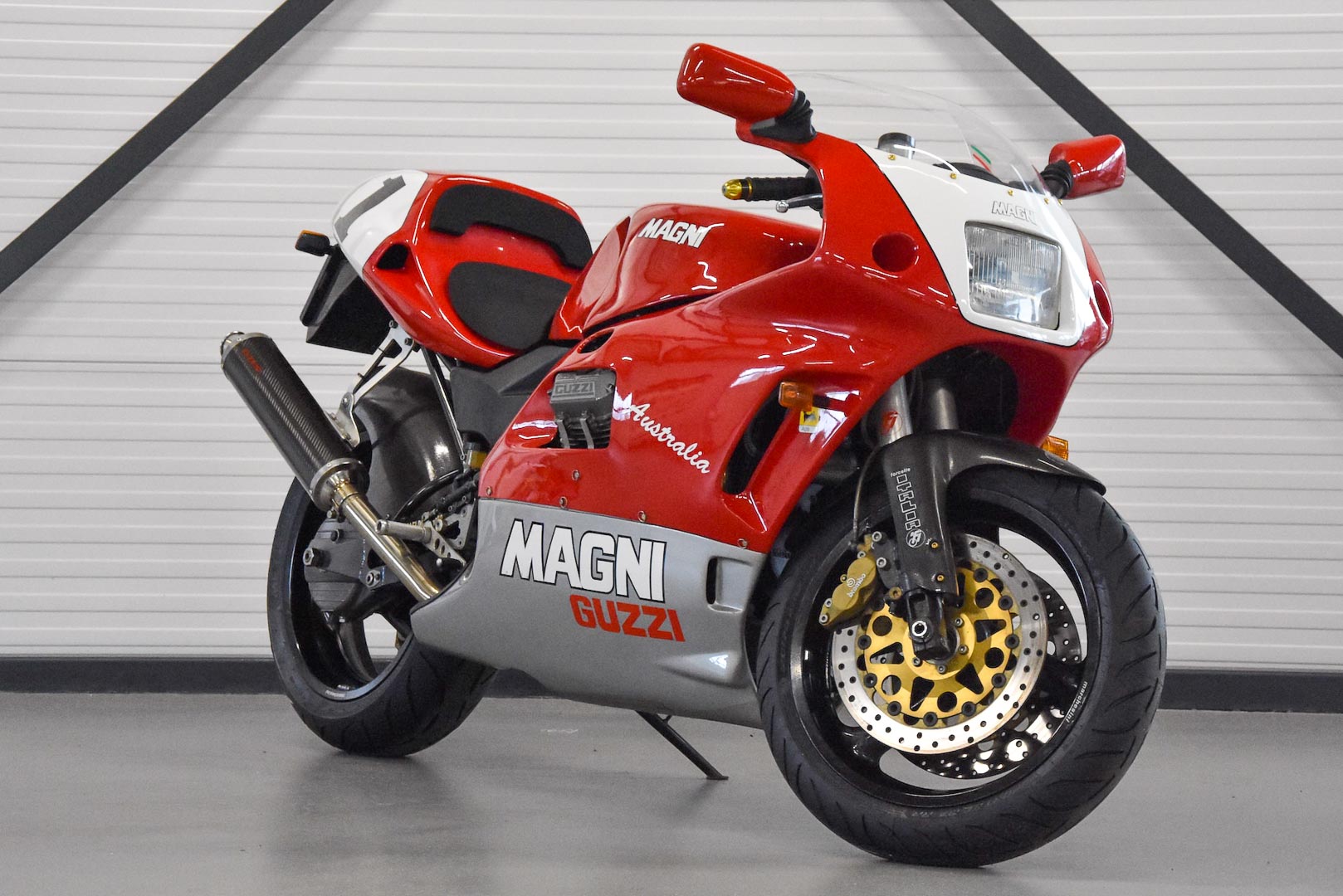 1998 Magni AustraliaYou don’t see this motorcycle very often, which is no surprise—only 50 of these Moto Guzzi-powered sportbikes were built. There are 12,000 kilometers on the odometer, and full service was performed by HdeB Engineering in the Netherlands. 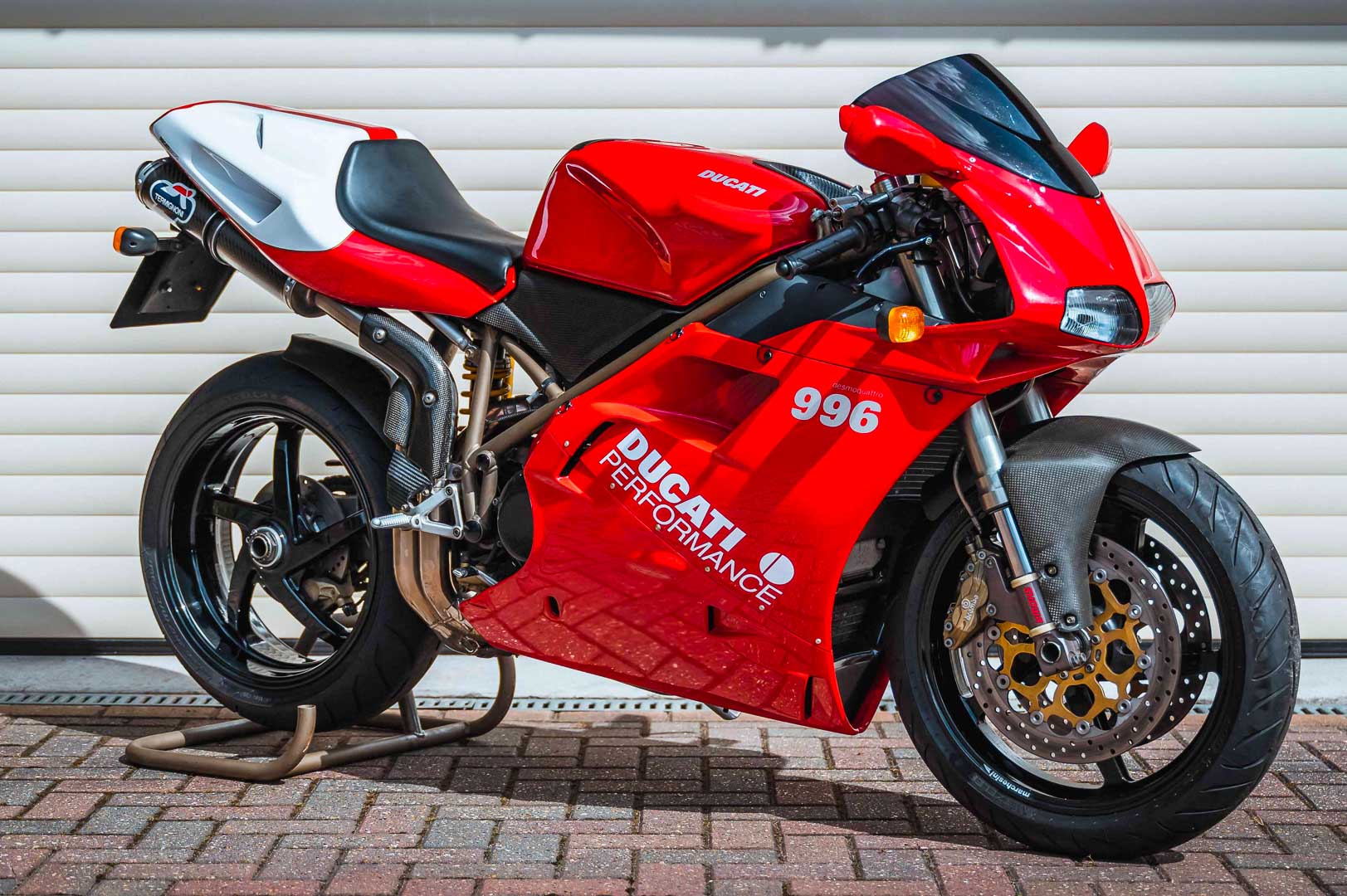 1999 Ducati 995 SPSHere’s another limited run—there were only 1780 editions of this Sport Production Special made by Ducati. It’s fresh from servicing by Independent Ducati Diagnostics in Milton Keynes, and has just short of 10k miles on it. Aftermarket goodies include Marchesini wheels, carbon fiber Termignoni mufflers, upgraded Brembo front brake components, and an EVR clutch kit. 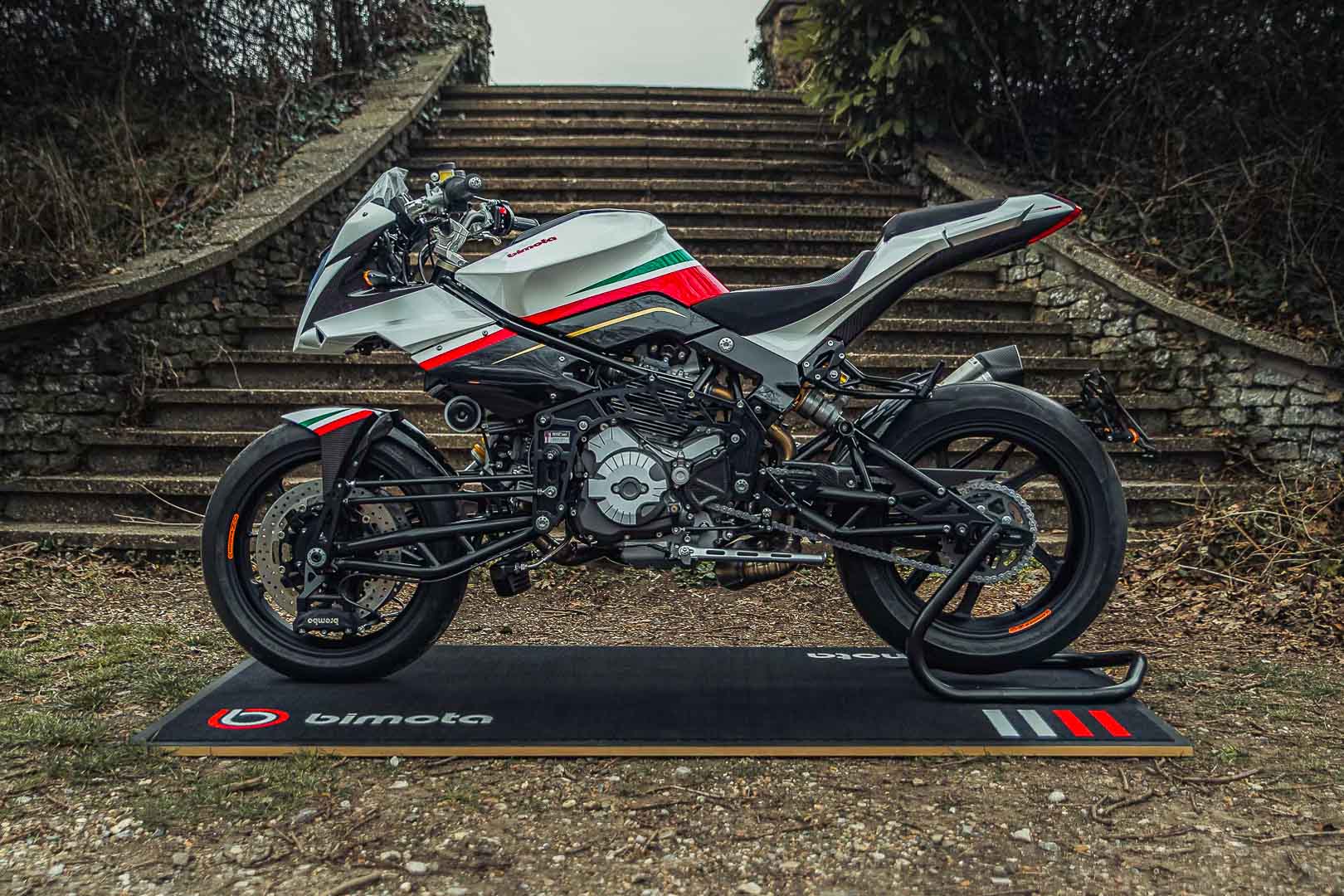 2022 Bimota Tesi 3D Final EditionNot all of the motorcycles at Collecting Cars’ Superbike Sunday auction are vintage. This Final Edition of the iconic Bimota Tesi 3D is fresh out-of-the-crate new. It is unregistered, and still has protective film on the instrument cluster, headlight, and windscreen. This example is number 32 of 45 manufactured. It is one of the most striking motorcycles in the Superbike Sunday Global Online Auction by Collecting Cars.