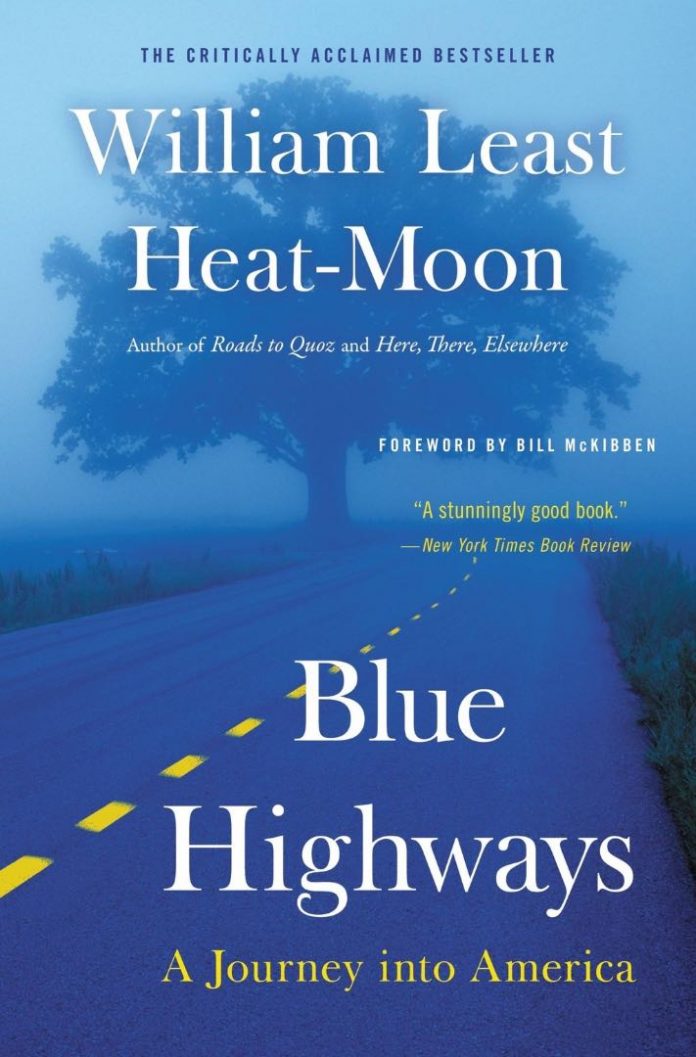 One of the great on-the-road story-tellers of the last 50 years was the late Charles Kuralt of CBS News. His videotaped missives from all over were shown with the CBS Evening News and on broadcasts of CBS Sunday Morning.Later, Kuralt compiled some of his best stories from traveling down the side roads of America into books; On the Road with Charles Kuralt, Dateline: America and A Life on the Road among them.Kuralt broke new journalistic ground with his work. He was on assignment to show us the America that many people seldom, if ever saw. Though Kuralt loved the unique nature of his work, it was not necessarily spontaneous, take-life-as-it-comes travel. He had editors to satisfy and deadlines to meet. 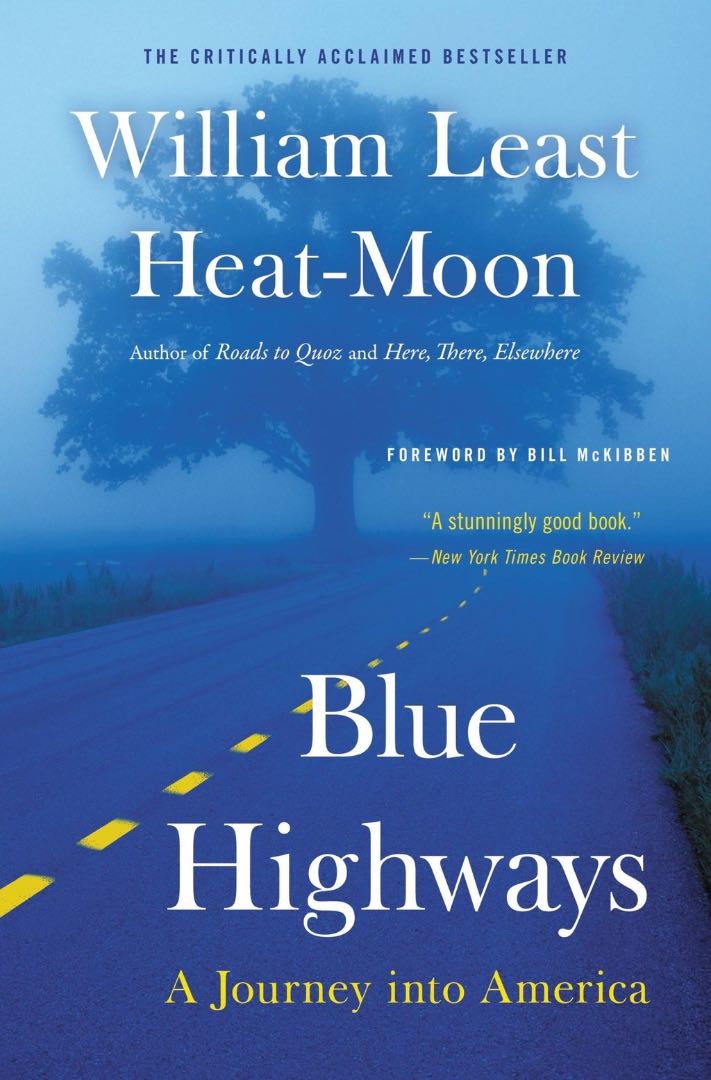 In the creation of Blue Highways a Journey into America, William Least Heat-Moon was on his own. He was in charge of which turn to take and which bridge to cross. That said, he did have his criteria:“I was going to stay on the three million miles of bent and narrow rural American two-lane, the roads to Podunk and Toonerville. Into the sticks, the boondocks, the burgs, backwaters, jerkwaters, the wide-spots-in-the-road, the don’t-blink-or-you’ll-miss-it towns. Into those places where you say, ‘My God! What if you lived here!’ The Middle of Nowhere.”The title, by the way, is in reference to the fact that minor roads on his state highway maps were shown as light blue lines. These are the roads Heat-Moon sought to travel to the exclusion of the Interstates and major roads, which typically were on the maps in red.How far out of the way does the book take us? You will see, experience or pass through towns such as Franklinville, N.C.; Ninety-six, S.C.; Nameless, Tenn.; Dime Box, Texas; Hacita, N.M.; Pitt, Wash.; Moscow, Idaho; Danbury, Wis.; Melvin Village, N.H.; and many more.In road miles, Heat-Moon’s odyssey covered thousands of miles from the heart of the country in Columbia, Missouri, to the eastern seaboard, down through the southeast to the Gulf of Mexico, west to the Rio Grande, across the Rockies to the Pacific, north to the edge of Canada, east to the Great Lakes, back to the Atlantic, then south to the Chesapeake and finally back west to the heartland and home. The journey of heart, mind and spirit may have been even longer.The other difference between Heat-Moon’s journey and Kuralt’s is perhaps even more important and impactful. Kuralt was propelled by the positive energy of finally getting his dream kind of reporting assignment; Heat-Moon, in contrast was propelled by deep personal loss. Loss of his marriage and loss of his teaching position hit all at once and he decided that the best way to move on personally was to move on literally—down the back roads of America.Blue Highways takes you down roads you probably wouldn’t encounter otherwise both literally into the heart of America and figuratively. It is also a great learning experience about all sorts of things unique to different parts of the country, from language and dialects to tidbits of history and oddities in local customs.For example, do you know how the term “turnpike” originated? Heat-Moon shares that along the way. His clever writing recreates local accents and dialects so well, you can practically hear the people he meets along the way as if you were in on the conversation.Of course, you’ll quickly realize that Blue Highways is not merely a great travelogue. There are miles and miles to be covered that have nothing to do with lightly traveled highways, obscure small towns, local histories and colorful people with stories to tell.Heat-Moon’s explorations are deeply personal, yet they draw you in and traveling the same terrain of your own becomes part of the fascination. The narrative allows us to hear his story and those of a wide variety of others. Racism, poverty, loneliness, fear, culture, politics and a variety of thought-provoking topics drive the many conversations and personal insights he shares. His First Nation heritage infuses the story with rare insight drawn from his own experience and the life story of Black Elk, a holy man of the Oglala Sioux.As heavy as some of those subjects can be, Heat-Moon laces the discourse with wit, subtle humor, irony and hard truth in such a way that it all rolls from page-to-page keeping pace with his journey. While you’re not looking Heat-Moon teaches, even as he gives you a laugh. In my experience, learning and laughter happening together has always been the province of only the very best teachers.How good is Blue Highways? Don’t take my word for it; the book, whose first edition appeared in 1982, still has a strong following, now in its third printing. It has inspired others to retrace parts of Heat-Moon’s route and consider the lessons he had to share.Indeed, on a recent day trip not far from my own home, I discovered that his book was part of the inspiration for a very unique motorcycle-specific lodge in Vernon County, WI. For more on Blue Highway Motorcycle Lodge, see: https://bluehighwaymotorcyclelodge.net/ . For our coverage of the Blue Highway Motorcycle Lodge, see: https://ultimatemotorcycling.com/2018/08/30/motorcycle-destination-wisconsins-blue-highways-motorcycle-lodge/In the spirit of full disclosure, Heat-Moon did not take this journey on a motorcycle. He did it in a fairly basic Ford van adapted for travel and christened “Ghost Dancing.”We choose to share this book with you because it is a remarkable story of life on the open road well-told and could be a great inspiration for similar sojourns aboard a motorcycle. Just forget about the van and picture the blue highways from the saddle instead.Even if you don’t plan a similar journey, one thing is certain—it is a great saddlebag book to have along, no matter how short or long the ride. Indeed, as with a great day in the saddle, you’ll hate to reach the end.Book Data: