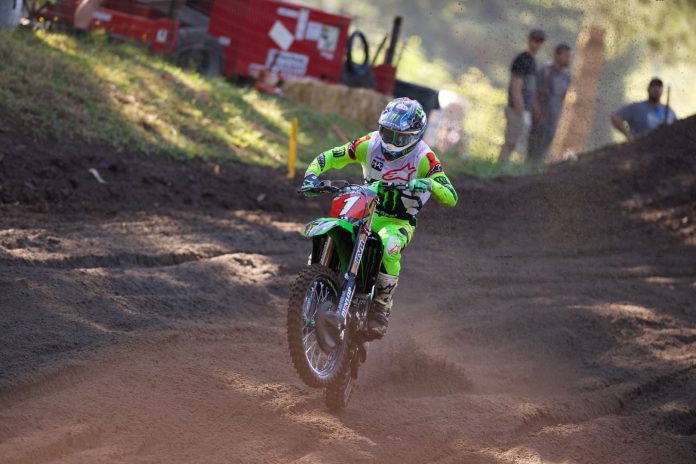 Eli Tomac swept the 2018 Washougal National in two distinctive ways—run and hide in Moto 1, and come-from-behind in the second moto. Ken Roczen led most of Moto 2, eventually surrendering the lead and overall to Tomac late in the race on the hard, dry Washougal MX Park circuit in southern Washington state.Marvin Musquin converted a 2-3 day into a third place overall. With three rounds remaining, Tomac leads Musquin by 15 points in the 2018 Lucas Oil AMA Pro Motocross Championship Series. 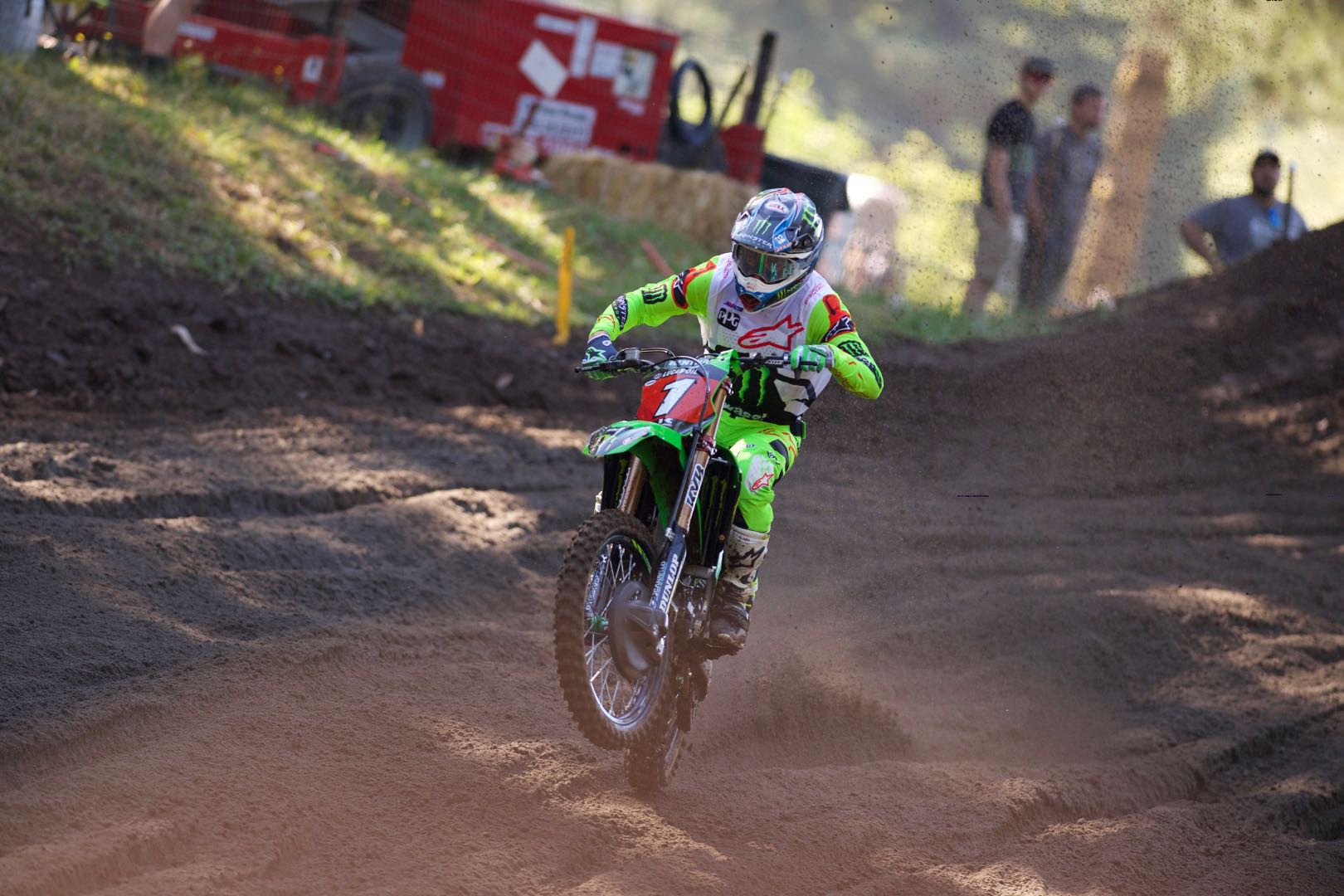 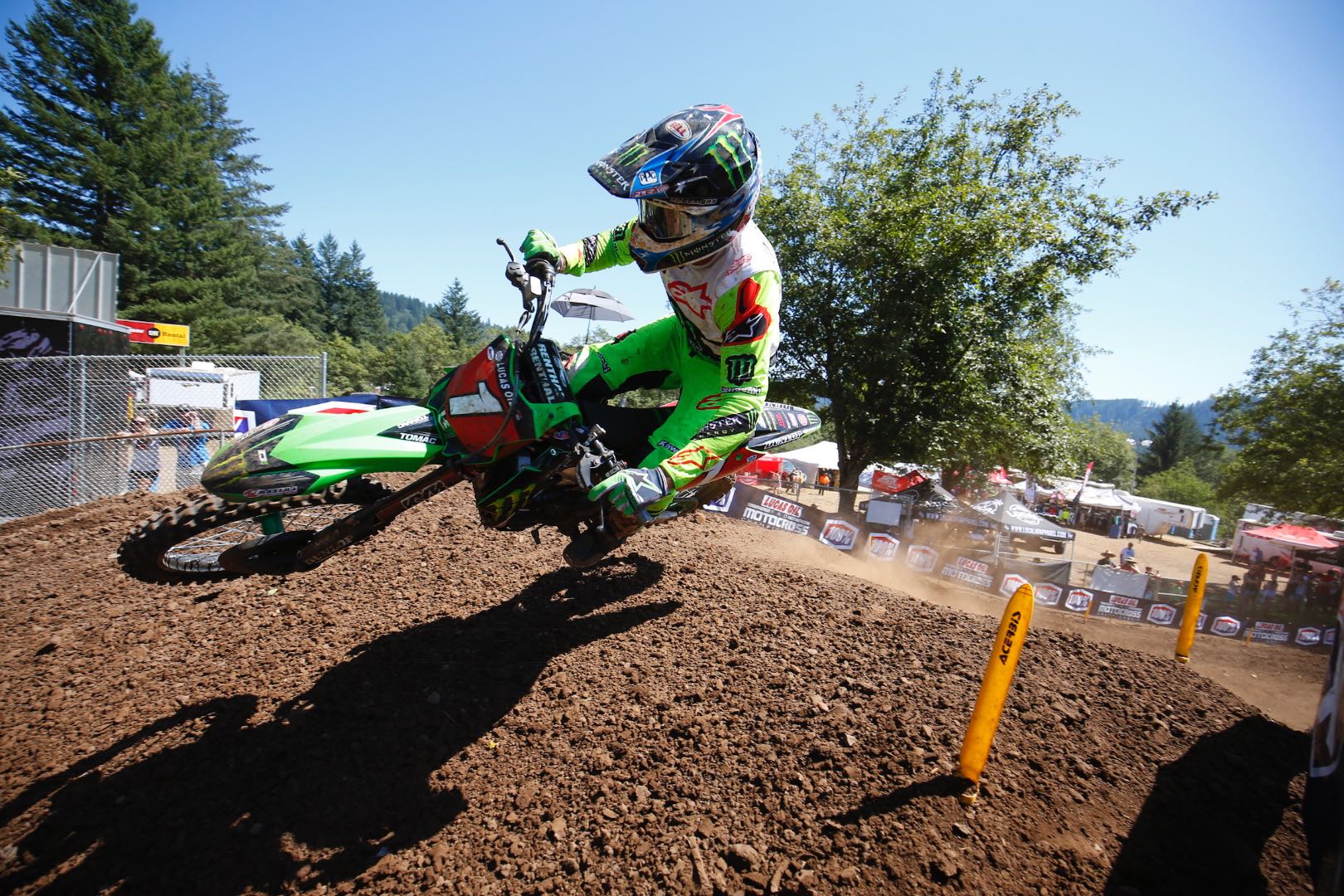