There are three motorcycles in the 2019 Husqvarna Cross Country race bike line-up. You have your choice of two four-strokes—the FX 450 and FX 350—and the two-stroke TX 300. There are a large number of updates common to all three motorcycles, though each gets a few unique changes. Let’s take a look at the 2019 Husqvarna FX 450, FX 350, TX 300 triumvirate of cross country racers. 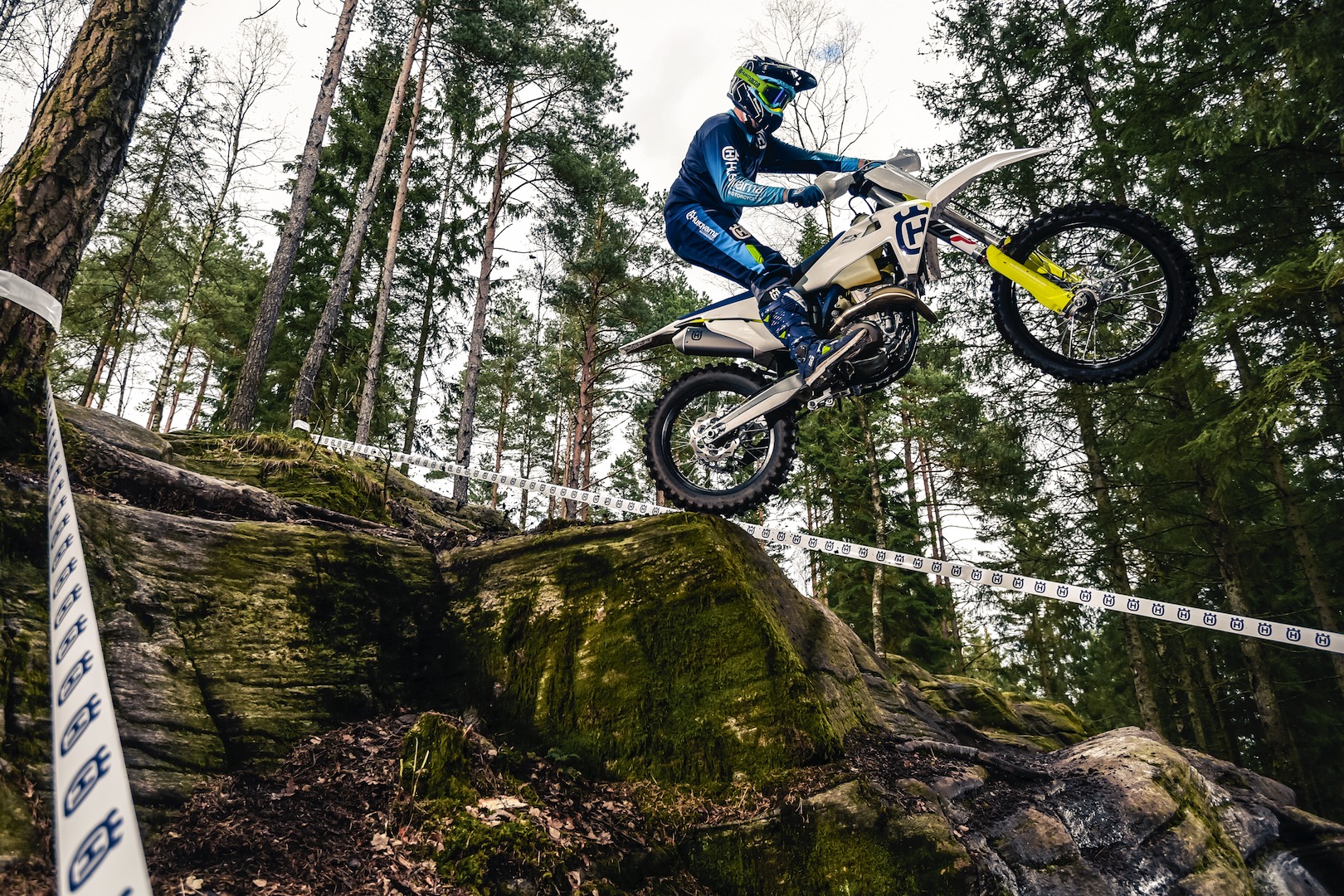