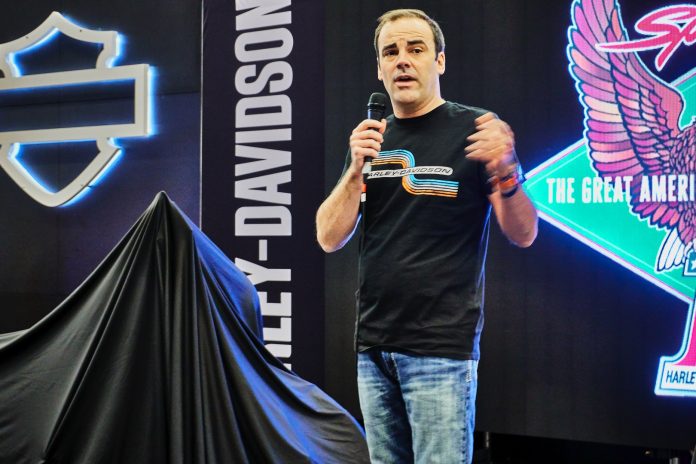 As Harley-Davidson rides into its second century of existence, it remains the iconic brand of brands, bridging motorcycling and lifestyle. But as globalization challenges iconic brands while opening new markets, it also presents a daunting task for The Motor Company. Balancing tradition and change is as important as putting wheels on the road.Ignacio de Isusi, Managing Director for Harley-Davidson Canada, is an example of a global, multilingual, multicultural executive who has traveled roads far and near. With previous experience with the company’s operations in the U.K., the European Union and Latin America, Isusi now steers the Canadian operation knowing diversity is a key factor in successful marketing. 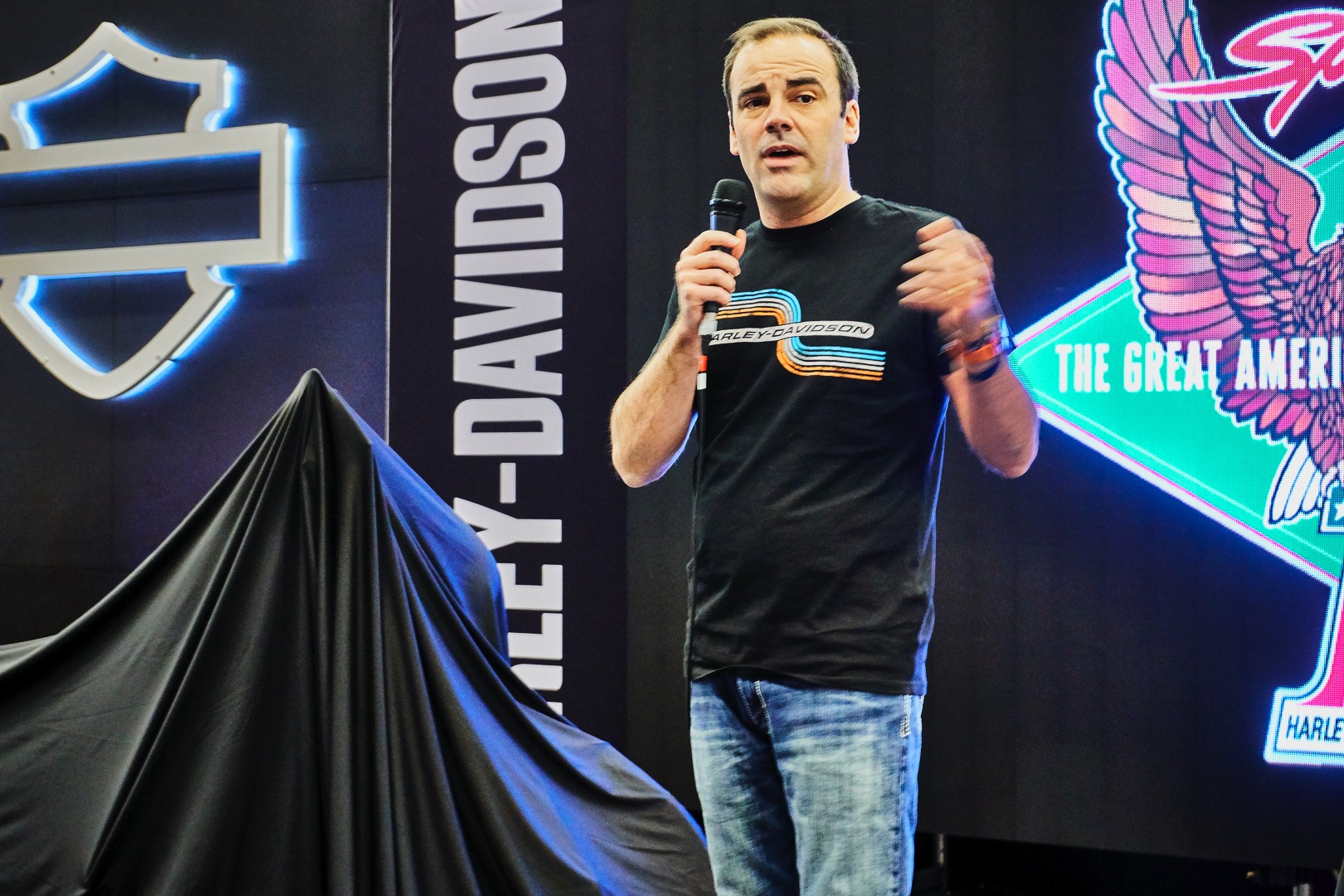 We met him at Le Salon de la Moto de Montréal 2018, where Harley-Davidson presented its refreshed Canadian lineup.“For us, an event like the Salon is a special moment to connect with the audience,” Isusi said, “and to show them how Harley-Davidson is evolving.” Isusi, casually attired in check shirt and jeans, was excited.Under the banner “The Great American Freedom Machine”, Harley-Davidson’s presentation has a fashionably ’70s-retro feel to it. The panoramic video onstage evokes movie and TV icons such as Easy Rider and Then Came Bronson, but with a visible hipster tone. While the display features perennial flagships such as the Road Glide and Fat Boy, Harley-Davidson’s new smaller displacement models—the Street 500 and 750, Iron 1200 and Forty-Eight Special—get a highlighted presence next to the podium.

“We understand the entire industry is changing,” Isusi continued, “and we see new opportunities, especially in the way people interact with motorcycling.” Having supported the Motor Company’s expansion strategy first-hand in his previous roles, he knows why the Harley-Davidson story needs to extend beyond its Milwaukee origins.“All successful brands have a vision and know what they stand for,” Isusi explains. “Harley-Davidson stands for motorcycling as personal freedom. The unique Harley-Davidson experience appeals to people of all walks of life across the globe seeking that personal freedom and exploration.”How does the established Harley-Davidson image, which has skewed towards aging baby boomers, fit in with the newer demographic of 24-35 consumers? “We believe we can retain our core customers while broadening our appeal for this new rider segment. Motorcycling occupies a different priority in their leisure space,” Isusi pointed out. 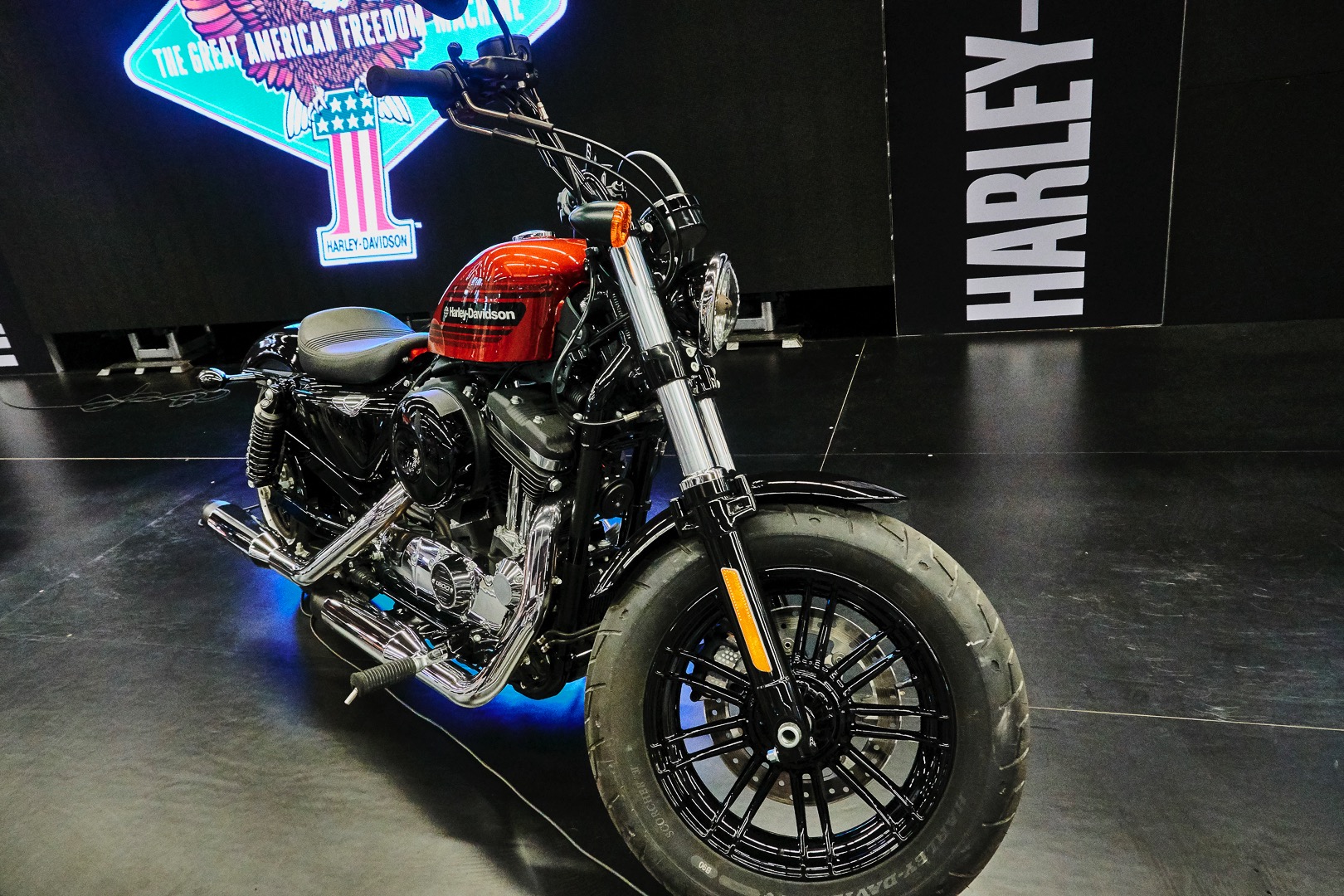 “Many of them are starting older, coming to this activity after they’ve established their own families. Motorcycling is a hobby for them, and the way they share this hobby through social media has a different dynamic. Structured, site-specific events like the big bike festivals in Sturgis, Laconia and Daytona, for example, still have appeal. But emerging motorcycle consumers are more spontaneous in their engagement. Their gatherings tend to be informal, and they communicate their experience instantly across digital platforms.”What does tomorrow look like for Harley-Davidson, especially with the buzz generated by The Motor Company’s venture into non-combustion engines with its Livewire project, and the recently announced collaboration with electric motorcycle manufacturer Alta? “Our philosophy has always been to work with best-of-breed partners,” Isusi said, “and we believe we have a competitive advantage as the first major manufacturer to fully engage in electric motorcycles. We see this as a parallel development while we continue progressing our traditional power plants. This is an ‘evolution, not revolution’ approach.” 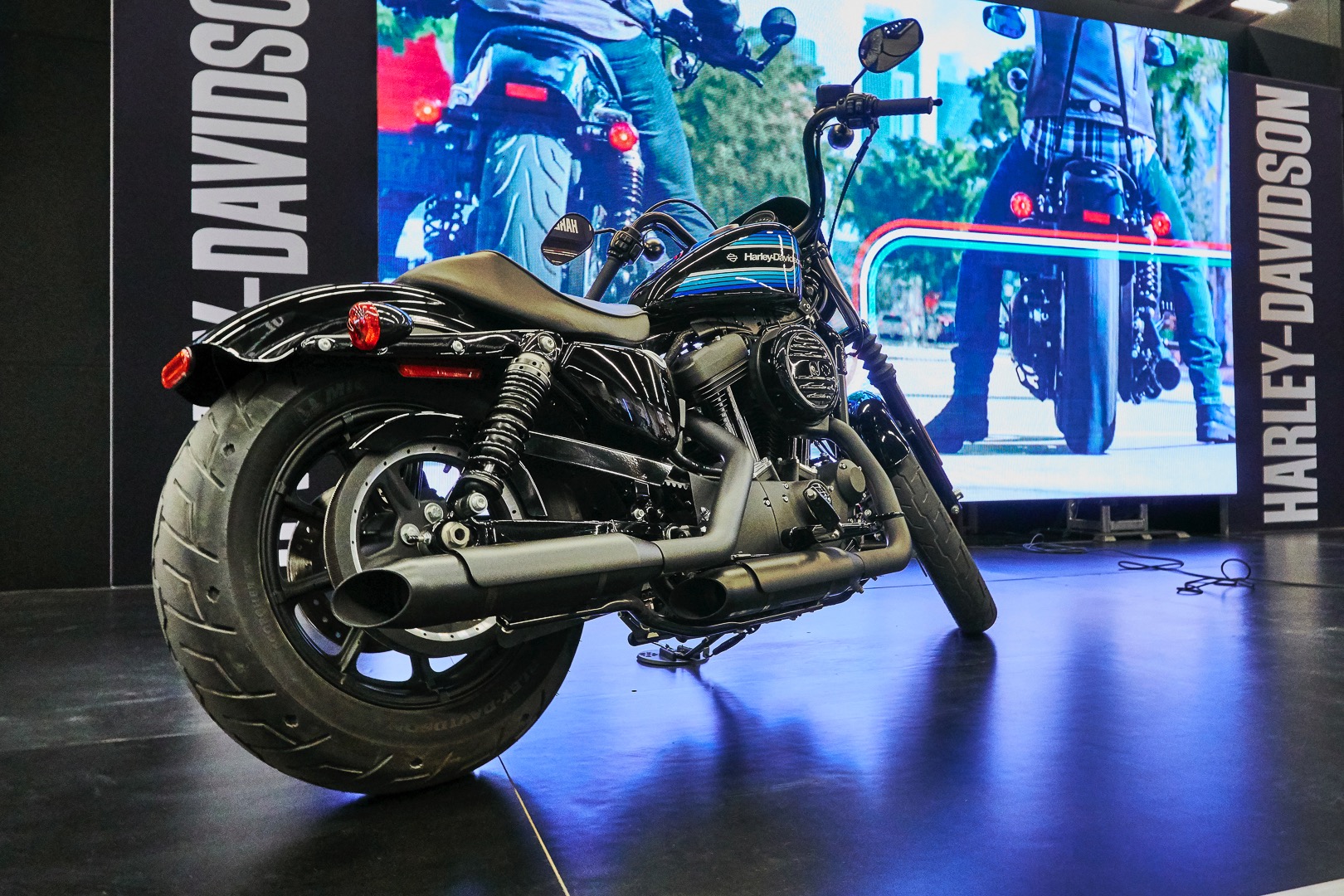 With a steady flow of attendees of all ages to the Harley-Davidson stand throughout the show, a shift in personality for The Motor Company is evident. Rather than stamping a Harley-Davidson label on seemingly infinite iterations, the current tone seems more about approachability and inclusiveness.“We want to make our bikes accessible,” Isusi continued. “You’ll notice none of our products are sitting on a podium. People should be able to touch and feel what Harley-Davidson is about. Nostalgia will always be an attraction factor given our brand history, but we also think our uniqueness and authenticity will remain relevant for the future.”Photography by Georges Dutil