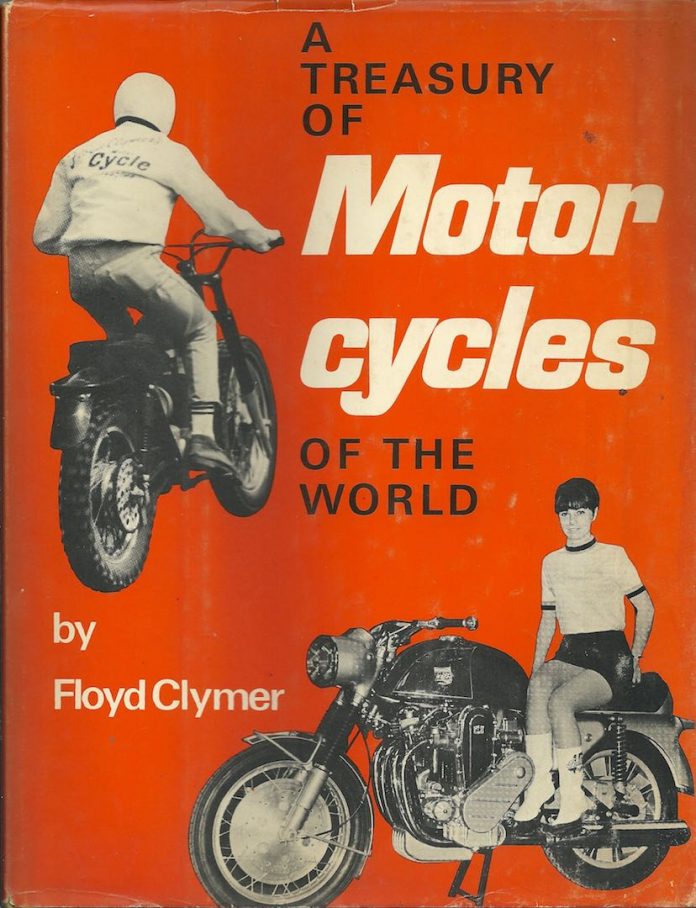 A Treasury of Motorcycles of the World by Floyd Clymer

Finding vintage motorcycles, vintage motorcycle books and vintage motorcycle magazines are some of my favorite things – even when on vacation to escape winter’s unusually long, lingering grip here in Wisconsin.Such a trip was just concluded with temperatures in Wisconsin even colder upon our return than they were when we left more than a week ago.Fortunately, the trip that afforded me numerous chances to not only enjoy the warmer temps in the Carolinas, Kentucky, Tennessee and Georgia also gave me a chance to root around some interesting book stores. 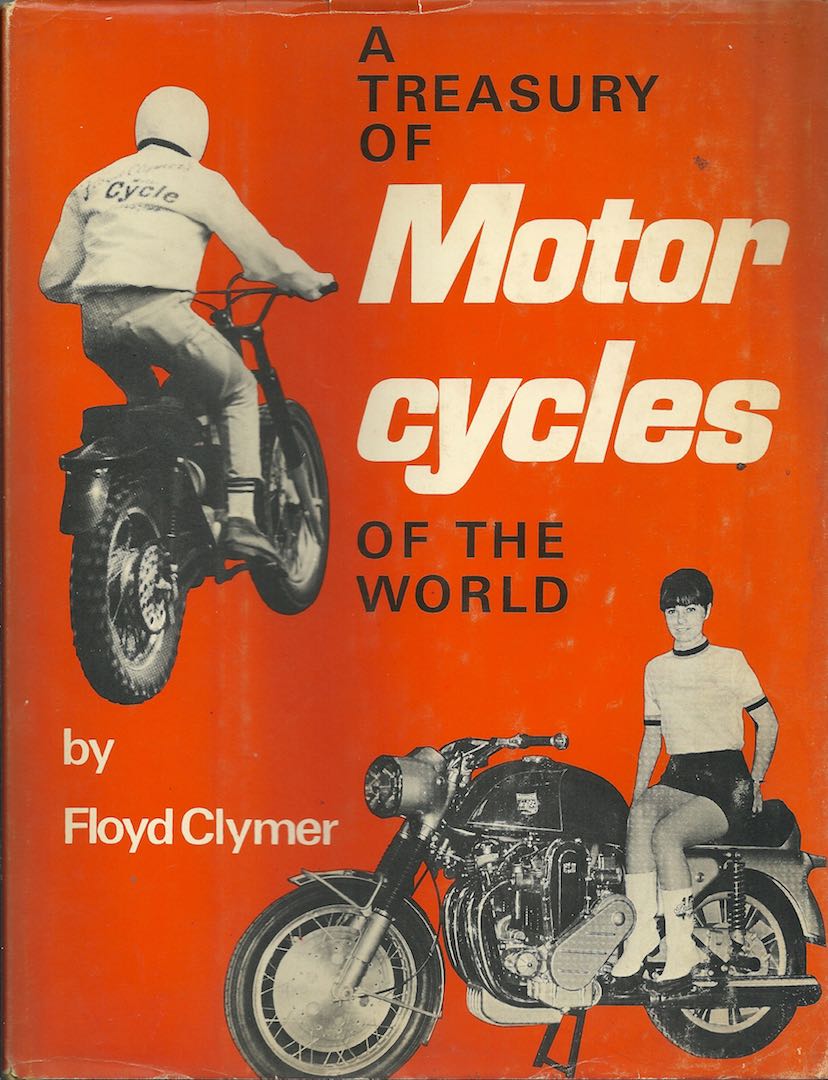 The prize of books found along the way came from a little shop called McIntosh Book Shoppe in Beaufort, South Carolina. It was a volume entitled, A Treasury of Motorcycles of the World by Floyd Clymer.For those not familiar with Clymer’s remarkable legacy, he was a successful motorcycle racer, a dealer for several brands of bikes including Henderson, Indian and Harley-Davidson, published Cycle magazine for 14 years, published a raft of repair manuals, did road tests of cars and motorcycles for Popular Mechanics magazine for nine years, manufactured Clymer/Munch and Indian/Enfield motorcycles.He was a prolific writer in his own right, having written several other books and over 400 articles by the time A Treasury of Motorcycles of the World was published in 1965.The book is at once a partial memoir of Clymer’s own career in motorcycling up to the point of publication only five years prior to his death in January 1970 as well as a fascinating snapshot of the motorcycle world as it was in 1965.With 500 black and white images, period advertising, items contributed by many motorcycle leaders of the day, great images of desert, flat track, drag, road and land speed racing and some of the quirkier variations on motorcycle sport such as para-kiting, the book covers an amazing range of motorcycle-related subjects.There are 41 subc-hapters under only two chapters entitled Today and Yesterday. Clymer covers nearly everything from insurance considerations and rider training to racing, custom bikes, how things work on a motorcycle, industry history, personalities such as Mike Hailwood and Oscar Hedstrom, touring, motorcycle photography, safety, and much more, including a fascinating closing chapter by Clymer that chronicles the many changes in motorcycles from their earliest days up to 1965. 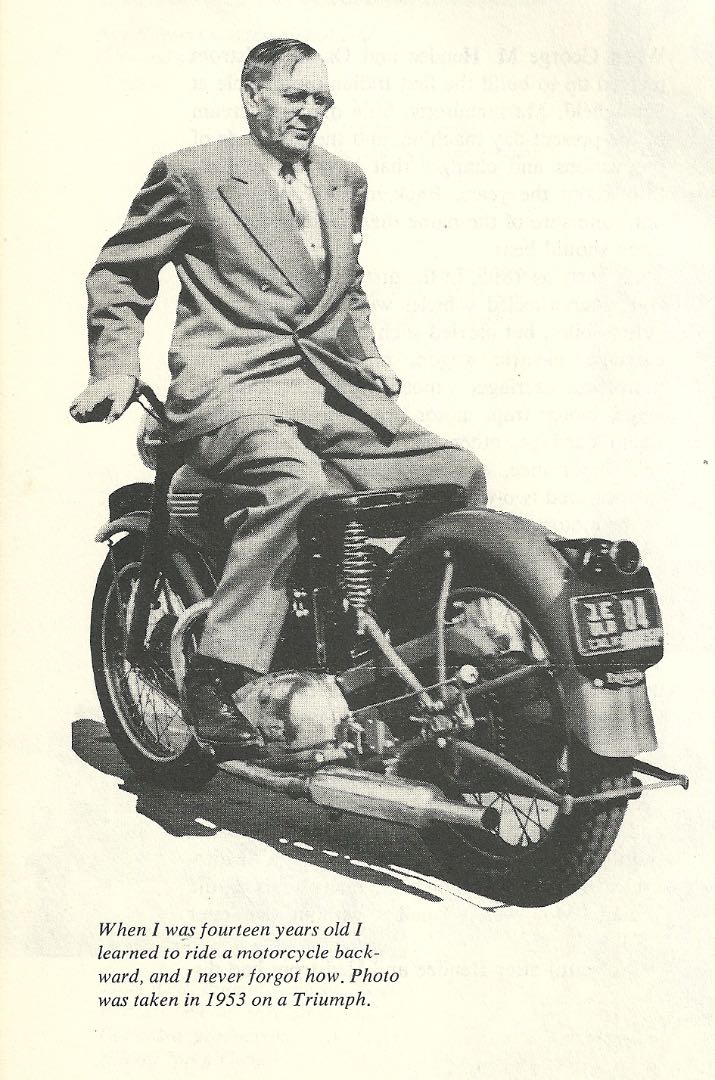 There are some copies out there online but finding one with the original dust jacket intact and in good condition may be a little bit of a challenge. Either way, it’s hard to find a book that has as much insight and does as good a job capturing the motorcycle spirit of the sixties as this one does.Book Data:Rider’s Library—note to readers: many of the books that we’ll feature here may be out of print and some may be difficult to find. That could be half the fun. The Internet should make the search relatively easy but ironically, none of the books currently scheduled for eventual retro-review for the Rider’s Library section were found with the help of the Internet. They all were found at book stores, used book stores, antique shops, motorcycle shops, yard sales and so on. 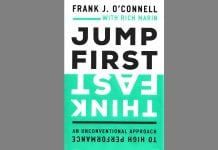 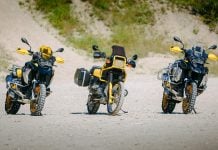